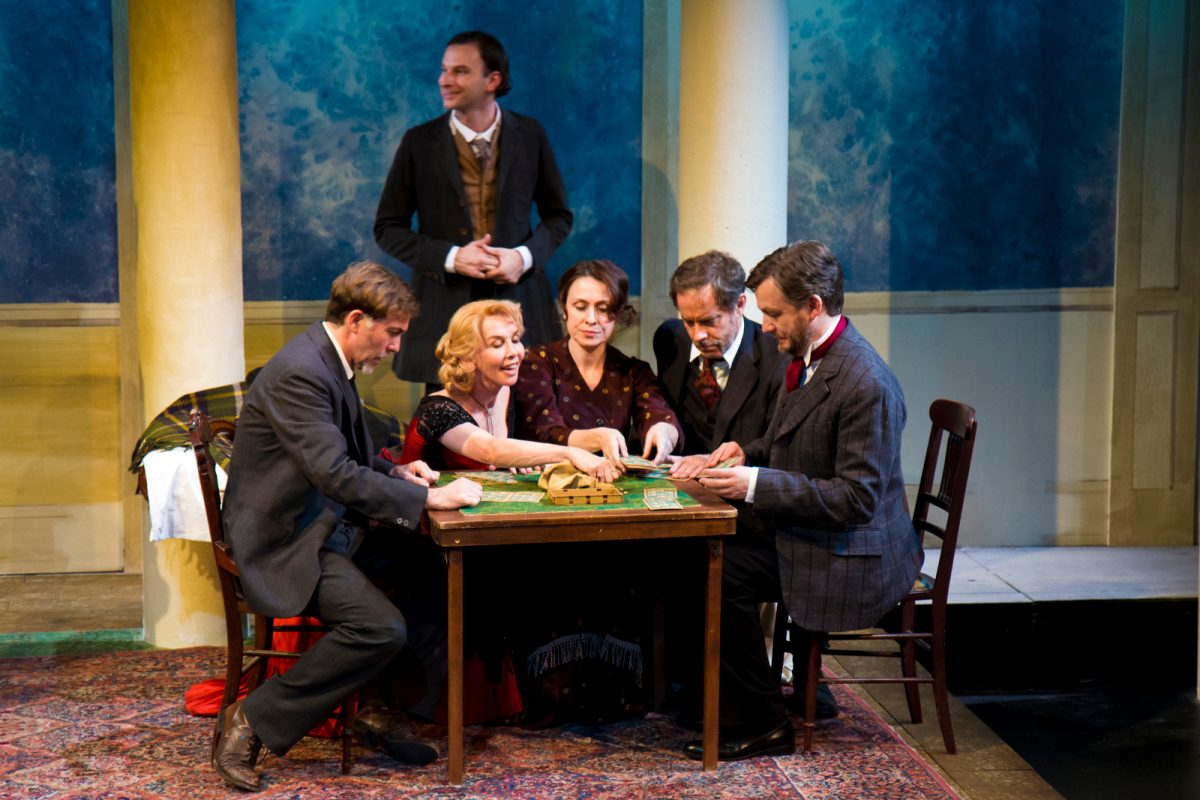 NEW YORK—In the adaptation by well-known Irish playwright Thomas Kilroy of Anton Chekhov’s “The Seagull,” the content and characters (except for changes of name) remain the same: The time frame of the late 19th century remains; the action has simply been moved from Russia to western Ireland. The same group of disgruntled characters bemoan their respective fates.

And the play, originally commissioned by then-artistic director of London’s Royal Court Theatre and director of the present production, Max Stafford-Clark, still fascinates.

On her annual visit to her country estate, the self-centered, jealous Isobel (Trudie Styler), a star actress, holds court like a queen to all she surveys. The presence of her current lover, Mr. Aston (Alan Cox), a famed, but in truth, hack writer, drives her son, Constantine (Slate Holmgren), an arty aspiring writer, to the end of his tether.

He is particularly distracted this night because the performance of his new play, an esoteric jumble of Celtic mythology, is greeted with an unenthusiastic response, even by his own mother.

Constantine, though devastated by his mother’s negative reaction, hopes that his love for Lily (Rachel Spencer Hewitt), the lead in his play, will salve his spirit and solve his problems.

Unfortunately, the naive country girl’s head is completely turned by the glamorous figure of Aston, and nothing will ever be the same again for any of them.

Because Isobel’s elderly brother, Peter (Kenneth Ryan), is chronically ill, the estate is often visited by the family doctor and friend, Dr. Hickey (Rufus Collins). The doctor’s attentions are sought by Pauline (Stella Feehily), the unhappily married wife of the unpleasant estate manager, Cousin Gregory (Tim Ruddy). Their daughter, Mary (Amanda Quaid), is in love with Constantine, who abhors her. Aston is about to stray to Lily.

As the doctor remarks, “Everybody is in love with somebody else.”

Mary, who drinks to alleviate her emotional pain, finally enters a loveless marriage with the schoolmaster, James (Ryan David O’Byrne), who adores her. There is a wonderful scene between Mary and Aston in which they drink together, and she coyly asks him to send her copies of some of his books, inscribed to her.

Trudie Styler, who has been a leading player with London’s noted Royal Shakespeare Company, holds the stage, effectively projecting Isobel’s temperamental character. However, I felt there would have been room for more variety in her performance had she more sincerely felt for her son, Constantine, when the lines permitted it.

Rachel Spencer Hewitt’s characterization of Lily was particularly fine, carefully indicating the character’s progression as she went through the various stages of her life’s journey. Her final scene with Constantine shows the tragic, though courageous, state she had reached.

Hewitt’s development is well matched by Slate Holmgren’s downward emotional spiral—a powerful touch lent by the systematic manner with which he finally rips up his manuscript.

Alan Cox’s weak, selfish but charming Aston hits the mark, as do all the other players.

Under Max Stafford-Clark’s detailed direction, the show conveys intimate portraits of a group of human beings, of a particular milieu, during a particular time—and expands to the universal human experience.