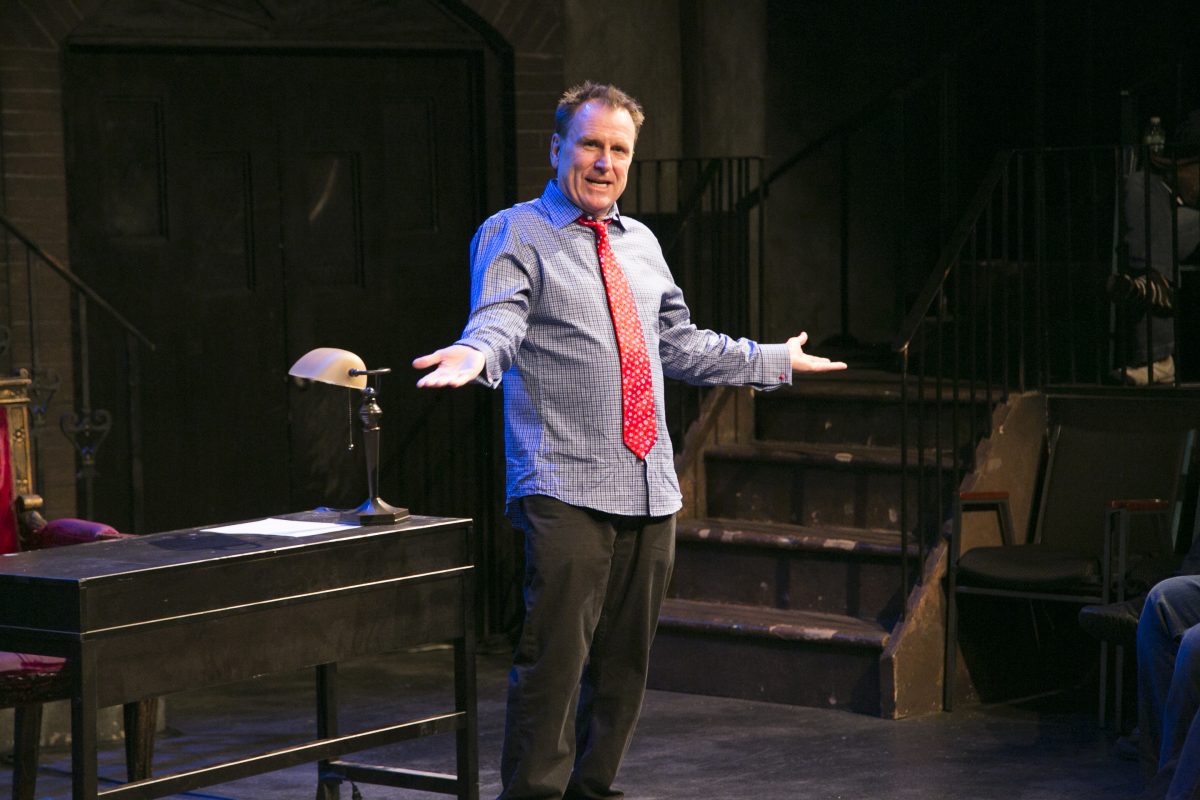 NEW YORK—Considering how important the U.S. Constitution is to this country and that it’s only about four pages in length, not counting subsequent amendments, it’s surprising how many people haven’t taken the time to read it—except for lawyers, politicians, and those studying for citizenship tests. Yet when people get into trouble with the law, they immediately start screaming about their constitutional rights.

This is the point Colin Quinn explains in his hilarious one-man social history lesson in the show “Unconstitutional,” which just finished a run at the Barrow Street Theatre.

Quinn also notes that most people seem to become experts on the Constitution, as well as all the various problems in society, only after they have had a couple of drinks under their belts. He considers the situation quite appropriate since the Constitution was conceived by the founding fathers during a convention that was in essence “a four-month drinking binge.”

“The bills from those days show thousands of dollars in wine, port, beer. They were all drinking.”

Starting with the Constitution’s preamble and going down through the various amendments (though the first two are the only ones anybody really seems to remember), Quinn delves into such subjects as political correctness, class status, and free speech. The latter is via a segment on the U.S. Supreme Court, which is extremely telling.

He also looks at the evolution of politics and political leaders, media outlets that make slanting a story their top priority, and why the Kardashians are the perfect embodiment of the American Dream—a claim that makes perfect sense via the argument Quinn presents.

Quinn also touches on a few serious subjects, such as the matter of slavery. He expresses how those on both sides of the issue were forced to reach a compromise they could all live with in order to unite the country in the first place.

This point leads to candid observations of how everyone talks a good game, but getting them to follow through on what they initially suggest is a lot harder:

“We should have a substantive racial discussion in this country.”

It is this exchange and several others like it that cut to the heart of what Quinn is trying to do—namely, show how the entire U.S. political system has gotten so messed up. Everyone is so concerned about getting their own way, yet at the same time eager to compromise (also known as selling out) in order make everyone seem satisfied, which results in almost no one being happy about anything.

The unspoken idea is not that things don’t work as well as they could, but given the way things are now and how they were originally set up, it’s surprising that they work at all.

As for trying to fix the system, Quinn has an answer for that too and why it will probably never happen.

Quinn makes an enjoyable guide for this 70-minute excursion into 226 years of American history, taking potshots at both sides of the political spectrum.

Constructed to feel like a continuous riff on whatever subjects under the general heading of the Constitution come to mind, the show presents Quinn as both amiable and bitingly hilarious in his delivery of the material.

Director Rebecca A. Trent doesn’t seem to direct Quinn as much as generally guide him. She allows the performer to make full use of the playing space and gives him free reign to express his thoughts—he plays directly to the audience depending upon their reactions, as he did the day this writer saw the show.

Hugely entertaining and hilariously funny, “Unconstitutional” probably won’t shift anyone’s political opinion, but the show stands up quite well as a social commentary on current times, with just about every one of Quinn’s observations being right on target.