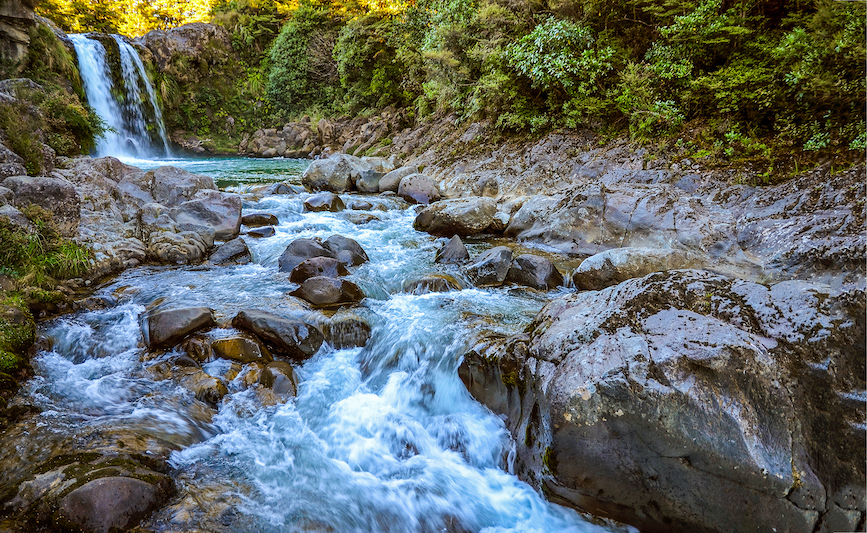 Water has inspired countless ancient civilizations and continues to serve as an important symbolic representation of life itself. (VarnaK/Shutterstock)
Mindset

The Way of Water

Water can teach us profound lessons about how to live a dignified life
BY Tatiana Denning TIMESeptember 21, 2022 PRINT

It falls from the sky, flows all around us, and is essential to our existence. It purifies, cleanses, nourishes, and gives life.

Water. It doesn’t just surround us, it’s within us. In fact, scientists estimate that water comprises 65 percent to 75 percent of the adult human body, while for infants, it’s even higher at an estimated 85 percent. That’s pretty amazing, when you think about it.

As vital as water is to life, it’s little surprise that it has provided inspiration and insight from ancient times to today.

Water makes up more than two-thirds (71 percent) of the Earth’s surface. It continually moves and shifts, existing in its different forms in oceans, lakes, clouds, the air, vegetation, glaciers, and snow—and this doesn’t include what’s underground.

Water has some unique characteristics. For example, while substances can take on the various forms of solid, liquid, or gas, water is unusual in that, unlike other substances, it doesn’t require extreme temperatures to do so—rather, it changes under conditions that life can tolerate.

In addition, when solids of a substance form, the atoms typically come closer together to make the substance more dense. Water molecules, on the other hand, form rings when they freeze, making the substance less dense. Thus, while most solids sink in water, solid water (ice) is able to stay afloat.

Water’s unique features are what allow it to be everywhere and to impact everything—including our own bodies and health. These properties are also what give it a deeper symbolic meaning.

For instance, water is never lost; it just changes form. It “adapts” to its environment in ways that enhance the lives of all. For instance, under heat, it elevates and gives rise to clouds that provide a divine vision that has moved people for millennia. And when water freezes into buoyant ice, it provides a kind of insulation for the fish and plant life that remain below.

Water is common, innocuous, and essential. Like love and health, it’s easy to take water for granted—until it’s missing.

In a way, water’s simplicity is part of its potency. It’s the ultimate enhancer and enabler. As such, it serves many functions in the body. It insulates the spinal cord, brain, and other organs, lubricates and acts as a shock absorber for the joints, helps to regulate body temperature through respiration and perspiration, flushes waste and toxins from the body, carries oxygen to the cells, and helps to break food down into nutrients that the body can absorb.

And anyone who’s been in the ocean with a scrape or cut, or gargled with salt water to ease a sore throat, can attest to water’s ability to heal.

Keeping our bodies well-hydrated plays an essential role in memory and focus, in boosting our energy and mood levels, and in maintaining proper blood pressure. It also helps to reduce the effects of aging, helps to keep constipation and illnesses at bay, and improves our physical performance.

But as with all things in life, balance is key. Too much water in the body can lead to issues such as congestive heart failure, nausea, diarrhea, or low sodium and other electrolytes. Conversely, too little water—a common problem—can lead to things such as acute kidney failure, joint pain, muscle cramping, and an excess of sodium and other electrolytes, to name just a few examples.

Clearly, water has a tremendous impact on our physical health. But if we slow down long enough to appreciate the wonders of water—wonders that haven’t been lost on the poets, philosophers, and spiritually enlightened of the world—the life lessons water has to teach can also have a significant impact on how we view the world, which can have a profound effect on our mental health.

Water flows throughout nature, in oceans, lakes, streams, creeks, and rivers. It doesn’t let things get in its way or impede its path. Nor does it resist its natural cycle of change—from its water cycle of evaporation to condensation to precipitation, or from changing its state from liquid to gas to solid, as the situation may require.

Just as water adapts and takes on different forms, so must we continuously let go of our current state in order to change and grow.

Confucius said, “As the water shapes itself to the vessel that contains it, so a wise man adapts himself to circumstances.”

Change is one of the few things we can count on in life, but for many of us, just the thought of change can stir stress. Yet, if things are meant to change, no amount of resistance can stop it. If we are rigid and let our minds form fixed ideas about how things should be, then we are more apt to falter in the face of difficulty. But when we are fluid, our minds open up, we are flexible, we adapt, and we grow.

When we understand that we are best served by flowing with what comes, it will be easier to let go of what was and accept what is. And when we do, we might even find that life has offered some amazing opportunities!

Be Strong Yet Gentle

“Nothing in the world is as soft and yielding as water, yet for dissolving the hard and inflexible, nothing can surpass it.”—Lao Tzu, Tao Te Ching

Water takes on many forms, and in those forms, it can be solid and strong or gentle and pliant. Even when it’s flowing, water can wield incredible strength. At its most still and docile, it can contain tremendous depth. Water has power and endurance amid the toughest of conditions but will return to calm as an inevitable natural state.

In people, a tendency toward calm is an attribute of good character. While water can overpower its surroundings, as in a massive tidal wave, this isn’t water’s nature, but a consequence of its environment. Water is, by nature, humble and serene.

This gentleness isn’t without power. Just as a calm person can better reason with others and melt away disagreement, water is able to dissolve more substances than any other liquid.

When water is calm, it can reflect a clear picture of anything it greets. It can serve to show the observer that which he might otherwise not see. But if water is turbulent or murky, then what’s reflected will be hazy and unclear.

Similarly, when our minds are turbulent—when we’re angry, resentful, vengeful, or moved by powerful emotion—we can’t reflect on ourselves and what’s happening. This makes it impossible to see a situation clearly, and our vision is distorted. When we can keep calm, we’re able to reflect on things in a much clearer and more accurate way.

Self-reflection is always important, but perhaps no more so than when we’re going through difficulty, or when we’ve made a mistake, or when someone has wronged us. But when things don’t go as we’d like, we shouldn’t complain, get angry, or become resentful. Instead, we should calm ourselves, take a moment to reflect, and see what we can learn from the situation.

Philosophers and poets have long said that what’s outside of us is merely a reflection of what’s within.

As my sister-in-law Stacia likes to say, “What lives in the heart, comes out of the mouth.”

And in a similar vein, the Bible says, “As water reflects the face, so one’s life reflects the heart.” (Proverbs 27:19 )

If something disturbs our calm, such as when someone bothers us, it may be worth asking what it is that has moved us. Is it because we see something in them that we have in ourselves, lurking in our darker depths? Or perhaps it’s to ask ourselves why it bothers us, so that we reflect and purify ourselves. Maybe that’s why we take notice of something or feel irritated by it.

In the same way that the movement of water reveals forces beneath the surface, our reactions can reveal aspects of ourselves that may remain hidden.

By observing the way of water, we can appreciate not only the many benefits it brings to our physical health, but the myriad of lessons it has to teach that can help our mental health.