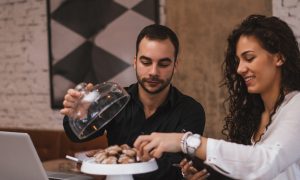 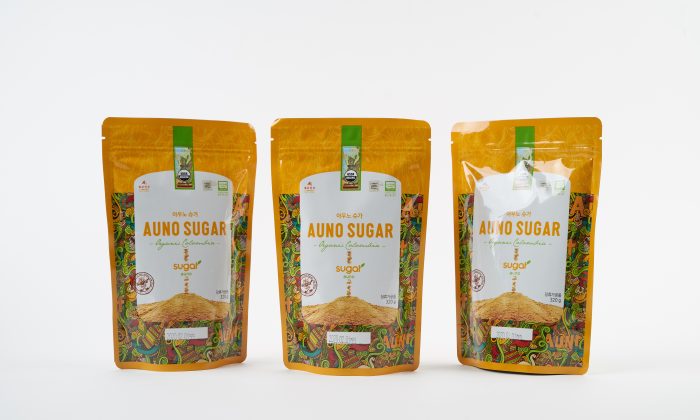 Auno Organic Mineral Raw Sugar is a superior sugar that has has a lower glycemic index than refined sugar. (Auno)
Fitness & Nutrition

Sugar is universal and too often insatiable desire, whether for children or adults. But the negative effects of sugar on the body, such as excessive insulin secretion, damage to brain functions, obesity, and so on, leave many people wishing there was a way to make sugar healthier.

During his trip, Kwan came down with a cold. To get back on his feet as soon as possible, he asked his friends to get some cold medicine for him. He was surprised when they brought him a cup of warm sugar water instead:  “I was sweating a lot that night, but I felt much better the next day,” he recalled.

Nobody would suggest drinking processed sugar water for a cold, especially since there is evidence sugar can affect the immune response to bacterial infections, but in South America, raw sugar is considered an effective medicine for children when they get sick.

Raw sugar is made from sucrose, but in the production process does not undergo chemical refining or other additional treatment, so it isn’t extremely sweet, and retains more of cane sugar’s nutritional value, such as minerals and vitamins.

With this experience, the idea of ​​introducing raw sugar to South Korea began to germinate in Kwan’s mind.

Many soccer players drink raw sugar water before games for steady energy thanks to the fact it doesn’t cause the same spike in blood sugar as refined sugar.

“This is the reason why the [South American] athletes drink mineral raw sugar before playing, because energy and nutrition is slowly released into the body, allowing physical fitness throughout the entire game,” said Kwan.

Going against the grain of common belief that sugar automatically equals unhealthiness, Kwan believes that raw sugar is an indispensable health food in South America. Whether sugar is good or bad for you is closely related to how the sugar is made.

Consuming too much refined sugar causes well-documented harm to the human body.

It can cause excessive insulin secretion and lead people to develop obesity.

Refined sugar contains increased sucrose content and is void of minerals and vitamins.

The sucrose content of raw sugar is also lower than that of refined sugar thanks to the nutrition of the unrefined sucrose, which contains vitamins and minerals like calcium, potassium and magnesium, as well as protein, amino acids, and even antioxidants. Because there is no refining, the raw sugar is also absorbed into the body more slowly, reducing the sudden rise in blood sugar levels.

Kwan wanted to bring the South American method of making raw sugar to Korea so South Koreans could enjoy a healthier form of sugar. In March 2011, he started to conduct research. Six months later, he founded the Auno company.

The raw sugar Auno produces is called “Auno Organic Mineral Raw Sugar.” The sugarcane is organically grown in the high mountains of Colombia. No chemical fertilizer is used. The sugarcane grown here is rich in mineral content. Using the traditional Indian method of extracting cane juice, the production process only uses physical pressing methods, no chemical means and no refining. After heating and evaporating some of the water in the cane juice, the hardened sugar is placed in a conventional environmentally friendly container for grinding, yielding the fine, light brown gains of Auno Organic Mineral Raw  Sugar.

Kwan tried to add nutrients to white sugar to see if it could have the same effect as mineral raw sugar. But the experiments showed that artificial additions could not match the nutritional effects of raw sugar. Kwan realized that the natural product was the most perfect.

“People get sick because they eat too much food with chemical additives. If what they eat is in accord with natural laws, then there won’t be any problem,” Kwan said.

“Many people think that eating sugar is not good. This is because people pursue sweetness. They focus on sugar that is chemically refined again and again for maximum sweetness. Although eating this sugar provides immediate gratification, it’s a huge amount of concentrated sugar entering the body, which creates a burden.”

Auno Organic Mineral Raw Sugar is intended to replace the conventional sugar in daily life, such as that used for bread, coffee, and desserts. Major department stores in South Korea have included Auno products in the high-quality product line, occupying the highest local market share among similar products in the country.

Auno has used the raw sugar it produces to create a Auno Grano.

This snack is made with Auno sugar and a selection of grains such as oats, buckwheat and basil. It cooks these with a puffing technology to preserve the natural nutrients of the ingredients.

For those who are concerned about their calorie intake, there is no need to worry when eating Auno Grano. The packaging is light and comes with a plastic spoon, so that adults and children can open and close it at their convenience and even add milk, or another liquid without fear of it leaking. With milk or soy milk added, the flavor of soaked grains is something to savor.

In the last couple years, the Korean market has seen the introduction of various raw sugar products, and Korean consumers have gradually become familiar with mineral raw sugar as a concept.

“Several exhibits have found that many consumers will use our products as a benchmark against other brands,” Kwan notes. As the pioneer of the Korean mineral raw sugar market, he is very pleased that Auno, which holds the natural and healthy as its root principles, has been able to earn and keep the people’s trust.