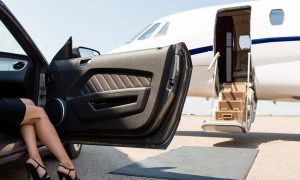 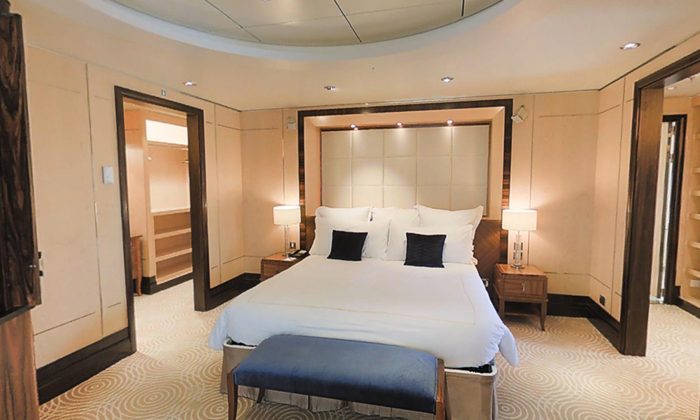 This image made using a 3-D camera from Matterport shows the bedroom of the 2,249 square foot Grand Duplex suite aboard Cunard’s Queen Mary 2, in New York. (AP Photo)
Consummate Traveler

The Suite Life: Tour the Most-Exclusive Ways to Travel

NEW YORK — For those with unlimited bank accounts, travel has never been so glamorous.

Hotels, airlines and cruise ships are catering to a new group of super-rich travelers who seek privacy and one-of-a-kind amenities most can only dream of — and don’t think twice about spending $20,000 a day or more to get them.

After paring their vacations along with everyone else during the Great Recession, the wealthiest 20 percent of Americans have increased spending on hotels by 7.1 percent since 2009, according to inflation-adjusted data from the Bureau of Labor Statistics. The middle 20 percent? Just 1.8 percent.

Obviously, most people can’t afford such over-the-top vacations. The median household income in the United States is $52,250, according to the Census Bureau.

An October Vacation Can Be More Relaxing

So The Associated Press is offering the closest thing — a virtual reality tour of some of the world’s most extravagant accommodations: suites on a Singapore Airlines Airbus A380, Cunard’s duplex stateroom aboard the Queen Mary 2 ocean liner, and the Ty Warner Penthouse suite at the Four Seasons hotel in New York.

Trust us, we didn’t get to spend the night either.

Each space was extensively photographed using the Matterport Pro 3D camera, and then reconstructed for use in virtual reality. Users are able to “walk” through and explore every part of the locations and experience these exclusive locations firsthand.