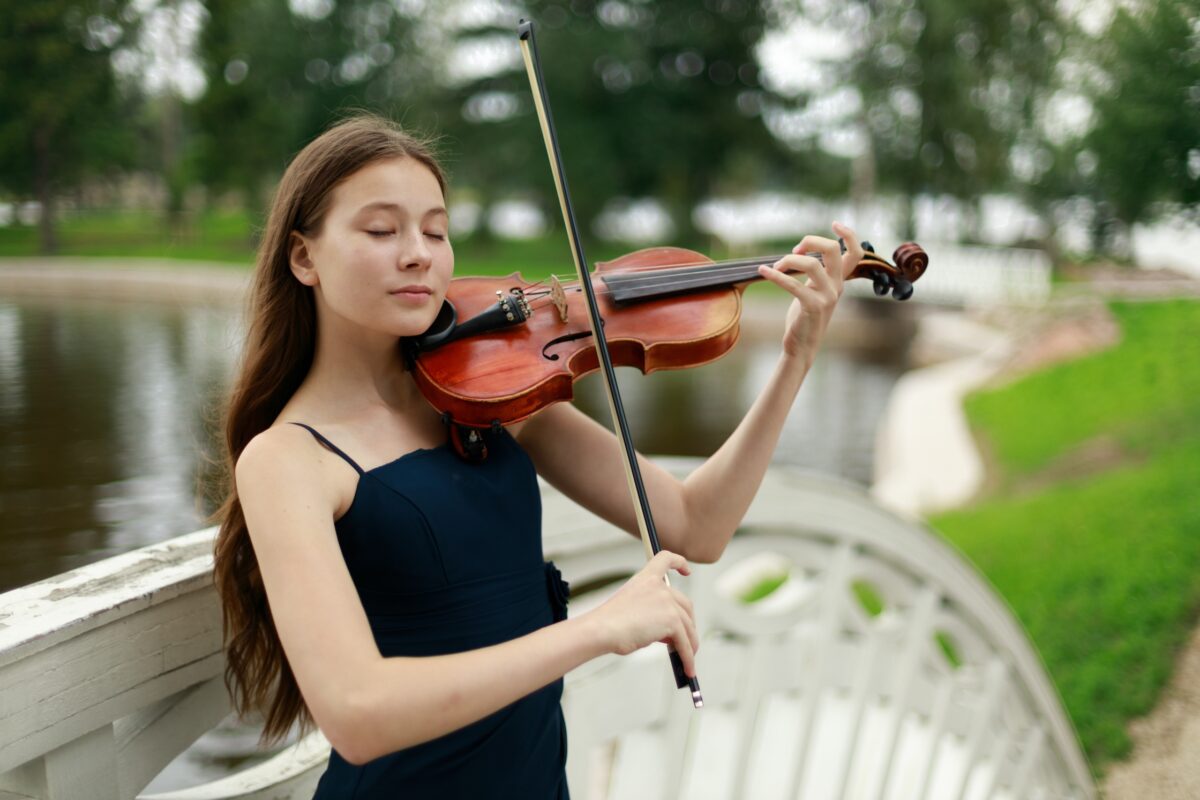 Music resonates, figuratively and literally. It can stir our emotions and shift our thinking. And those effects aren't just in the mind—they're also in the body.(Vladimirkarp/Shutterstock)
Wellness

The Sounds of Healing

I love music, especially some good old-fashioned jazz, such as that performed by Herbie Hancock or Harvey Mason. In fact, those two helped me get through all-night study periods preparing for my exams during medical school. I was even able to thank them in person many years later.

Music has a power over us that most people never realize.

Aristotle thought that music could actually mimic the emotion and character of humans. He pointed to gentleness, happiness, anger, sadness, and bravery as some examples. Apollo, the Greek god of music, was also the god of sunlight and healing. Music was thought to have the power to affect people’s thoughts and actions in ancient Greece. The same can be said today.

G.T. came to me with a history of chronic depression. She was 41 years old, had been on numerous antidepressant medications, and had seen several therapists. She wanted to know if going on hormones would help. Never mind that she was still about 10 years away from menopause. Hormones weren’t her problem—or its solution.

By coincidence, I happened to have just read about the use of music therapy for treating depression, as well as many other ailments. G.T. was eager to try. It took several months, but she found immense relief and significant improvement in her depression from her music therapy. It was a life-changer for her.

Plato commented on how different musical instruments have different effects on emotion. This makes just as much sense today as it did back then.

Music therapy has come a long way, with still much more to be learned. The National Institutes of Health (NIH) convened a workshop in January 2017 known as “the Sound Health” initiative to learn more.

“Current research findings suggest that the auditory cortex in the brain is the key region to process many of the unique sound features of music, such as pitch, rhythm, and harmonic structures, although much more remains to be investigated in order to fully understand the neural correlates of music listening and music processing,” researchers wrote.

What this means is that music has the ability to help humans modulate experiences and cope in a much more effective manner. Music therapy is currently used to help treat chronic pain, post-traumatic stress disorder, Parkinson’s disease, strokes, addiction, autism, dementia, and many more illnesses and conditions.

Ray Charles once said: “Music is powerful. As people listen to it, they can be affected. They respond.”

Music can help us jog our memory or “get in the mood” for almost anything. There’s a reason that we dance to high-pitched, deep-resonating, fast-paced music at a nightclub, but have soft, peaceful music when we’re in a grocery store.

Music is the applied use of sound waves to give a pleasant (hopefully) experience. Sound waves are also used in medicine, such as in ultrasound or high-frequency sound waves in therapeutics to treat certain tumors.

Music therapy can also be very helpful for children with autism. Therapists have to find a musical experience that strikes a chord with the child. There’s a symmetry between our brain waves and the waves that carry the sound of music. Successful music therapy for children with autism includes improved social behavior, increased attention span, improved vocalization and communicative skills, and reduced anxiety, according to a systemic review of music therapy research, “Music as a Therapeutic Intervention with Autism,” published in the Therapeutic Recreation Journal in 2015.

Music therapy has been used as a part of an integrated approach in treating addiction as well. The right music can activate dopaminergic pathways in a similar fashion as some illicit drugs. This may reduce cravings and improve the mood of the individual. Music as a sound wave can also calm the parasympathetic nervous system, which can then promote relaxation and decrease anxiety. An interesting note is that a full “music history” needs to be taken, as some music can trigger a memory response, which is counterproductive.

An interesting use of music therapy is in the neonatal intensive care unit. The goal is to try to mitigate the painful experiences of the premature infant, as well as parents and caregivers. This isn’t simple music exposure, but calibrated and individualized music therapy using sound patterns with known physiologic and neural responses.

“Music therapy may well offer an attractive complement or alternative to medical treatments when considering the long-term effects of repeated stress and pain on the developing brain“ a 2018 study published in Developmental Medicine and Child Neurology reads.

Today, with so much available technology at our fingertips, we have new and effective ways to benefit from music therapy. GOMO Music is an online service that has the perfect tagline: “Improve your health, mood, pain, and mind with sound.” GOMO Music and other services like it give the opportunity for people everywhere to access the benefits of music therapy with the ease of an app.

We all have different tastes in music. So much has to do with what we grew up with.

I have a love for classic jazz and something called Klezmer (old Eastern European folk jazz). It’s what I grew up with and it stuck. It triggers memories from my childhood.

Don’t laugh, but I also like Tom Jones, Muse, The Killers, Mumford & Sons, and Dean Martin when I’m in the operating room. It puts me in the right frame of mind and keeps the tension in the operating room to a minimum. Music is such an important part of our being and health.

As Bob Marley famously sang, “One good thing about music, when it hits you, you feel no pain.”