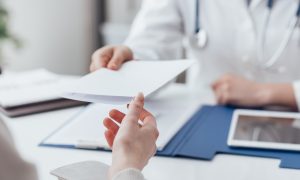 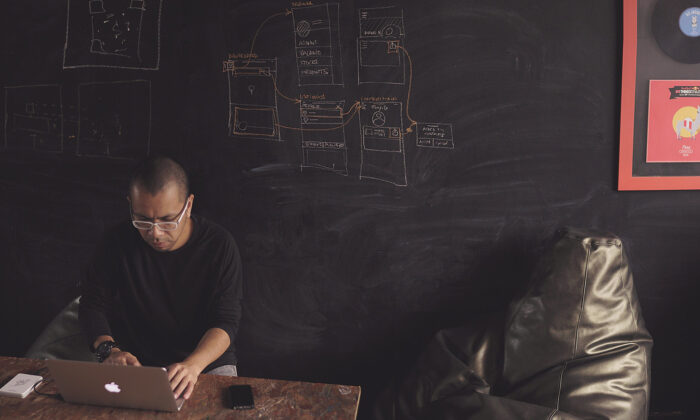 Getting past our own inertia is much easier if we think about our future self and the smallest place to start the work. (jose aljovin/Unsplash)
Mind & Body

The Simple Habits of Nonprocrastinators

These people are rare, so it's a good idea to learn from them
By Leo Babauta
Print

It’s pretty rare to find people who (almost) never procrastinate. In my experience, 95 to 99 percent of people procrastinate for at least part, if not most, of each day.

That’s not a judgment. I procrastinate, too. It’s about understanding our habitual reactions to stress, uncertainty, difficult tasks, distractions, and the feeling of being overwhelmed. Most of us procrastinate based on habits we formed as kids and teenagers.

But some people rarely procrastinate. Like unicorns, they are beautiful and a little unbelievable. So, when I find one, I interview them. I have found they have two notable qualities.

1. Having Compassion for One’s Future Self

This is the main one I’ve found to be true in nonprocrastinators, and most of them do it without really thinking about it. They think about what would make their future selves happiest, or have the least amount of pain. Then, they do that action. So simple, right? Ha!

2. Making the Steps Small and Doable

This is a fairly common tip, but combined with the above habit, it’s a powerful one-two punch. Take any difficult task and make it smaller, easier, and more doable.

As a bonus, here’s another habit that I’ve found to be useful: Be fully open to the task.

This is something I’ve added, though not every nonprocrastinator does this, and it works wonders. Instead of closing ourselves to the task, instead of wanting it to be over, we can open up to it fully.

Let’s look at each of these in a little more detail.

Compassion for Future Self

You’ve heard this one before, but it’s worth thinking about again.

I think nonprocrastinators form this habit in elementary school and don’t even realize they’re doing it most of the time. Something happened when they were young—maybe they turned something in late because they procrastinated, or they had to do something at the last minute and really hated that. In any case, they learned that putting things off led to future pain.

So they have a mental habit of thinking, “I should just get it over with and do it now because if I put this off, it will just be more trouble for me in the future,” or, “If I do this now, I will be happier in the future.”

So simple, and yet this must be ingrained as a habit. Most people, on the other hand, have a habit of thinking, “I can do this later, it’s not a problem. I would rather do something else right now,” or, “I want to get away from this pain right now, put it off, and relieve my stress with comfort food, distraction, etc.”

It’s such a strongly ingrained habit that we don’t even think about it.

To change the habit, you should pause and act more deliberately. Think about your future self, tomorrow or a year from now. What action(s) taken today, and repeatedly, would make your future self happier? How can you be compassionate toward your future self so that you don’t have to suffer?

Make the Steps Easy and Doable

The above habit may seem a bit obvious and so too may this next habit. But most people don’t realize how powerful it is to combine these two into one method. In fact, I believe most nonprocrastinators combine these two habits without even realizing they’re doing it.

The habit is really this: Make the task seem so doable that starting it will be easy. The key is to get moving, and you do that by making it seem really easy to start. Once you’ve started, you just keep moving.

You kind of trick your present self into starting so that your future self will be happier.

Often, we build a task up in our minds into something so hard and so painful that we put it off. If we just start, we’ll see that it’s not so bad.

So, when you’re contemplating a task or project, make a habit of thinking about how easy it will be to start.

Want to write a book chapter? Don’t think about how hard it will be to spend 3 to 4 hours writing, or how many things you need to figure out before you can start. Instead, just think about opening a word processor, playing some nice music, and writing the first thing that comes to mind. Easy, doable, small.

The truth is, you can’t do the whole thing at once. All you can do is the next simple step. Focus on that.

Combine the two aforementioned habits and see what happens. Empathize with your future self, think about the smallest way to start, and you will be just like a nonprocrastinator!

Bonus: Be Fully Open to the Task

The last habit is something I’ve found adds a lot to this method, even if not all nonprocrastinators practice it. It takes a little more awareness and mindfulness than most habits.

It’s about how we normally want to either get away from a task because it’s hard or filled with uncertainty, or get the task over with like it’s a chore and move on to the next one because we have a lot to do.

The problem with this approach is that every task becomes something we don’t like doing, and this means our days are filled with things we don’t really like. After a while, this gets tiring, stressful, and boring. This, in turn, leads to procrastination, because who wants to do tasks they don’t really want to do?

Instead, what if you fully opened up to the task and found joy in the middle of it?

It’s about allowing yourself to be fully present. Say, for example, you’re about to start writing, so you decide to get into the headspace, allowing yourself to arrive fully. You look at the task full on and notice if you’re resisting, wanting to run, or not liking it. You allow yourself to stay with the task, being compassionate for not only your future self, but also your present.

You find gratitude for being able to do the task, and connect it with the larger mission you’re trying to serve and the people you care about. In the middle of that gratitude and devotion to what and who you care about, you do the task and find joy in the simple act of doing.

Notice the difference between this kind of openness and the closedness in the way we usually try to just get things done. It’s completely different.

Open up to the task, have compassion for your future self, and just focus on the smallest, most doable way to get started. See what that might change.

Leo Babauta is the author of six books, the writer of Zen Habits, a blog with more than 2 million subscribers, and the creator of several online programs to help you master your habits. Visit ZenHabits.net.