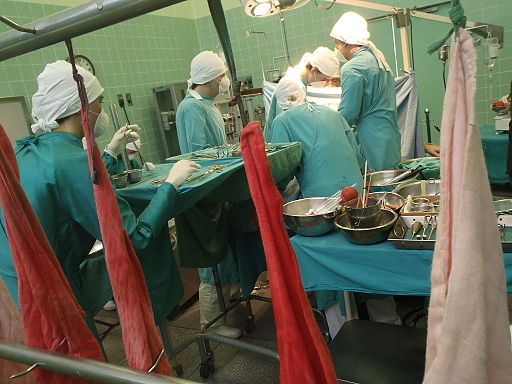 The Promise of Organ Transplants

Advances in organ transplantation have come a long way since 1967
BY Peter Weiss TIMEJanuary 18, 2022 PRINT

On Dec. 3, 1967, Dr. Christiaan Barnard performed the world’s first successful human-to-human heart transplant in Groote Schuur Hospital, Capetown, South Africa. The patient, Louis Washkansky, was terminally ill from heart failure. This was a last-ditch effort to save his life.

The new heart, tragically, came from a 25-year-old woman, Denise Darvall, who was fatally injured in a car accident.

The surgery was a remarkably complex team effort led by Barnard. He became the face of this breakthrough, earning him a place on the cover of Time magazine and several TV and print interviews.

Washkansky only survived for 18 days.

He died from double pneumonia because the drugs used to suppress his immune system and keep his body from rejecting the new heart also reduced his ability to fight infections.

Even though Washkansky only lived for 18 days, the surgery was a success. Four of Barnard’s first 10 heart transplant patients lived for more than one year, including two who lived for 13 and 23 years, respectively. Barnard had to give up performing surgery in 1983 due to rheumatoid arthritis; he died at the age of 78 after suffering a fatal asthma attack at a small beach resort on Cyprus.

But decades before the procedure was tried on humans, it was practiced on animals. The first non-human transplant was performed in a dog-to-dog surgery in 1905 by Alexis Carrel and Charles Guthrie at the University of Chicago. I am a pure dog lover and it pains me thinking of that surgery.

There were nearly 3,552 heart transplants performed in the United States in 2019. According to the U.S. Department of Health and Human Services, survival rates were just under 75 percent at five years, based on data collected in 2017.

According to the National Institutes of Health, the most commonly transplanted organ currently is the kidney, with almost 20,000 procedures performed each year.

Meanwhile, there are currently about 3,500 people waiting for a heart transplant, with many waiting more than six months for the right match. The other tragic part is that in order to find a match, someone else would have just died, many of them quite young.

We have come a long way since Barnard’s first heart transplant surgery, but we still have a lot further to go.

Stem cell therapy is a relatively new advent in the fight against debilitating heart disease.

There are numerous stem cell lines other than embryonic that can potentially lead to new cardiac cell growth and repair the damaged heart. But the core issues in cardiac regeneration are still a mystery. Only time will tell where it leads.

The first surgery was done on Richard Herrick and his identical twin, Ronald. Richard survived the surgery, got married, and had two children. He died eight years later of heart failure. Ronald lived for an additional 50 years. In 1961, Murray did the first successful kidney transplant between unrelated individuals using early immunosuppressive therapies.

Where do we go from here? Organ transplantation is a last-resort measure. Stem cell therapy, while promising, is still a generation away. We seem to learn more about what we don’t know for every step that we learn something new.

Can we manufacture human organs for transplantation or replacement for non-functioning organs?

There are mechanical organs or body parts we already use, such as an artificial hip or knee. These devices have revolutionized and improved the quality of life for tens of thousands of people. We can replace arteries, stimulate new blood vessels, and even grow new muscle cells. We can develop 3D printing of organs and stimulate cell growth to form a new organ, such as a bladder. The BBC reported in 2018 that Luke Massella, 10, received a replacement bladder that was grown using his own cells.

He was born with spina bifida, a congenital defect in his spine. His bladder had failed as had his kidneys. Dr. Anthony Atla at Boston Children’s Hospital took a small piece of Luke’s bladder and grew a new one in the lab over two months. Since the new organ came from Luke’s own cells, there was no tissue rejection. He’s now 27 years old and hasn’t had any issues with his bladder. He was even a wrestling coach in the Connecticut school system.

The future is very bright, and it all started with the determination of those pioneers and determined patients who took those first steps together. We still have a way to go for more complicated organs to be grown but we are closer each year.

These organ manufacturing technologies may greatly improve the quality of health and average lifespan of human beings. Our children have the chance to benefit from the advances we are seeing today. Kidney, bladder, heart, cornea, liver, lung, and now, even face transplants are more common each day. Each generation will be the beneficiaries of those who walked before them.

In the words of Denis Waitley, “The Greatest achievements are those that benefit others.”