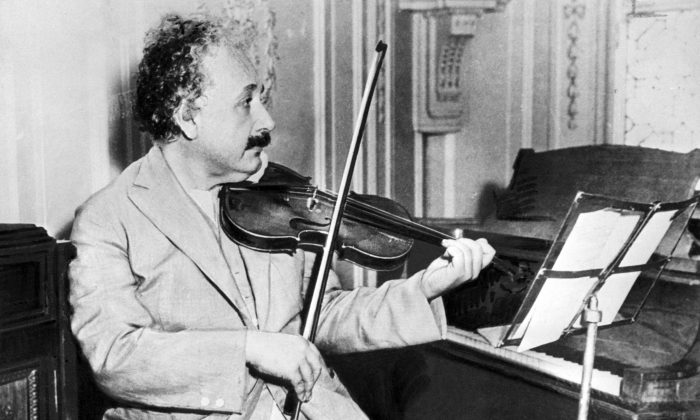 The Power of Being Different

Many of Einstein’s scientific breakthroughs, for example, emerged during his daydreams. He was famously absent-minded, yet his unconventional thinking led to an understanding of the universe that was light-years ahead of his time.

People have long witnessed a connection between creative thinking and peculiar behavior. Plato described it as “divine madness”; Aristotle recognized that creative people tended toward bouts of depression.

Recent research sees a similar pattern. Traits such as distractibility, anxiety, melancholy, and other mental obstacles are strongly associated with creativity. In multiple studies, bipolar disorder has been shown to correlate with an artistic temperament.

Psychiatrist and best-selling author Dr. Gail Saltz has been pondering this connection since childhood. Her fascination was sparked by her younger brother, astrophysicist Adam Riess, who received the Nobel Prize in physics in 2011. His lifelong insatiable curiosity and fervent questioning led Saltz to wonder how his mind worked.

“My brother’s curiosity was so evident, and it made a big impression on me,” Saltz told The Epoch Times. “His thirst for knowing is highly important.”

Saltz’s new book, “The Power of Different: The Link Between Disorder and Genius,” examines the unique features and struggles behind some of the world’s greatest minds. Her investigation looks at historical examples, the latest science, and firsthand accounts of people who endured depression, dyslexia, autism, and other psychological hurdles but went on to do great things.

“Many of the most successful people in their arenas got there because their brain worked differently,” she said. “That isn’t just an accident. It’s a difference that was bound to their particular strength and their subsequent success.”

Stereotypes such as the tortured artist or absent-minded professor exist for a reason. Genius and eccentricity tend to go together, and that may be by design. Research has shown that deficiencies in certain areas of the brain typically allow for acuities in another. Like the ancient Chinese principle of yin and yang, a particular strength is often married to a complimentary weakness.

Attention deficit hyperactivity disorder (ADHD), for example, is characterized by dysfunction of the executive functions and dysregulation of the emotions. Contrary to popular belief, people with ADHD are capable of paying attention—they may even possess an ability for hyper-focused attention—but they can’t always control the target of their focus. This can create problems in the classroom. But the drifting, distractible mind (like Einstein’s) can also uncover a novel idea or see a problem from a new angle.

There’s a clear theme of assets and flaws in the brains Saltz profiles in her book. One example is Dr. Beryl Benacerraf, a clinical professor at Harvard University and world-renowned radiology expert.

When Benacerraf was young, her teachers and parents were baffled as to why an otherwise bright child had such trouble reading and did so poorly on tests. They concluded that she must be lazy. After years of frustration, Benacerraf discovered she had a severe case of dyslexia—a learning disability in which letters become shuffled and written text is extremely difficult to decipher.

Despite this drawback, Benacerraf built a path to success. When she enrolled in Harvard Medical School, she learned to retain information by studying charts and graphs, rather than text. It was her remarkable ability for pattern recognition that led her to specialize in radiology.

While dyslexia made reading extremely difficult, it also granted Benacerraf a highly tuned peripheral vision. This allowed her to spot abnormalities on a scan that most would miss and led to her breakthrough discovery on prenatal signs of Down syndrome.

Among remarkable brains, Benacerraf’s experience is more the rule than the exception. Saltz points to numerous examples where weakness and strength are paired in high-functioning individuals.

While geniuses may display more extreme duality, Saltz believes most of our brains work in a similar fashion. We’re naturally good at some things and fall short in others. We tend to want to celebrate our strengths and hide our weaknesses. However, both sides make us who we are.

Despite the pain of their weaknesses, everyone Saltz interviewed said they would never give up their disability. They considered it a fundamental part of who they are and how they think.

“I don’t know if I hadn’t had dyslexia if I’d have done something important in another area,” Benacerraf told Saltz. “I was dealt a deck of cards, and I did my best with it.”

We benefit from having some pain and challenges in our lives—it’s how we grow. Suffering can build resilience and empathy, which are valuable assets for creative individuals. But too much pain, and not enough purpose, will eventually grind us down, says Saltz. We may miss the opportunity to develop our strengths because we are constantly plagued by our weaknesses.

The key to a positive identity is finding a way to feel productive, Saltz says. While it’s important to identify and address the weaknesses, we need time to find out what we’re good at—particularly in the early years, when our brains are the most plastic and easiest to shape.

Saltz argues there’s a lot of potential genius lurking in the world that is never able to emerge. Many factors contribute to this loss. But the education system—which increasingly relies on standardized testing as a measure of success—may deserve part of the blame.

“The educational system believes we should all be good at everything,” said Saltz. “We have standardized tests all over the place, but these measures do not acknowledge the fact that many people, if not most, are angular thinkers—we’re very good at something and not as good at something else.”

Scientific support for this idea can be found in the Human Connectome Project, an ongoing research effort that aims to map the neural networks of individual brains. Their most impressive finding thus far reveals that all of our brains are vastly different. Not just between us regular folk and geniuses, but everybody.

In ancient Rome, for example, a genius was not a person, but a conduit for ideas from another realm.

“There is such variation from brain to brain,” Saltz said. “The idea that there is some black and white between normal and not normal is simply not the case.”

While educators typically teach a standard mold that every student is required to meet, many don’t fit comfortably in this tidy box. For a better education model, particularly for creative students, Saltz points to the work of Kevin Pelphrey, director of the child neuroscience lab at the Yale School of Medicine. Pelphrey believes most of students’ time in the classroom should be spent on discovering and developing their strengths, and much less on treating their relative weaknesses.

This model could have saved Einstein a lot of frustration. He was notoriously at odds with the school system and rebelled against its constraints. He excelled at math and science but fell behind in other subjects. One teacher famously told him he would never amount to anything.

Many Youth With ADHD Given Antipsychotic Drugs, Study Finds

Einstein claimed he could shrug off the negative judgments of others, but few are so confident. Award-winning author John Irving, for example, grew up thinking he was “lazy” and “stupid” because that’s what his teachers told him. If it hadn’t been for the support of his wrestling coach, he probably would’ve dropped out of school.

“I simply accepted the conventional wisdom of the day—I was a struggling student, therefore I was stupid,” he told Saltz.

Another roadblock while learning to work with a unique brain is the societal stigma against mental illness. We like the genius part but tend to shun the psychological suffering that often comes with it.

Part of this problem is language and the discomfort with labels like schizophrenia, anxiety disorder, or clinical depression. Critics of modern psychology also note the discipline’s tendency to over-pathologize behavior in pursuit of a diagnosis.

“We have created artificial boxes because it’s a way of speaking to each other. The downside is that we’ve done a disservice because it excludes people and leaves them feeling ashamed,” Saltz said. “But this is evolving. More and more people are aware of the neurodiversity of our species.”

The Burden of Genius

In her book “Big Magic,” best-selling author Elizabeth Gilbert (of “Eat, Pray, Love” fame) argued that our modern idea of creative genius puts too much focus and pressure on the individual, which tends to destroy mental health.

“It’s like asking somebody to swallow the sun,” Gilbert said in a 2016 TED talk. “It just completely warps and distorts egos, and it creates all these unmanageable expectations about performance. And I think the pressure of that has been killing off our artists for the last 500 years.”

While modern culture considers genius to be a built-in feature of a particularly creative individual, the ancients believed that big ideas came from an otherworldly source. In ancient Rome, for example, a genius was not a person, but a conduit for ideas from another realm.

In other words, a person of great accomplishments wasn’t considered a genius; rather, he had genius. The accomplishment was in tuning into this spirit and jotting down what it said to share with fellow humans. Artistic success and failure was easier to navigate when it wasn’t so intimately tied to one individual’s fragile ego.

This mystical idea died out in the Renaissance when humans came to be considered the fount of all knowledge, but Gilbert thinks bringing this old notion back into vogue would make the world a more creative place. The stereotype that an individual must be tortured, depressed, or inherently brilliant in order to create true art deters the average person from following their creative passions, she argues.

Whether or not there is a supernatural force behind our big ideas, birthing them still involves a great deal of effort, and not everyone is up for the challenge. Saltz believes that those who have the strength of mind and character to persist, while managing their obstacles, can achieve the freedom to pursue what they really love.