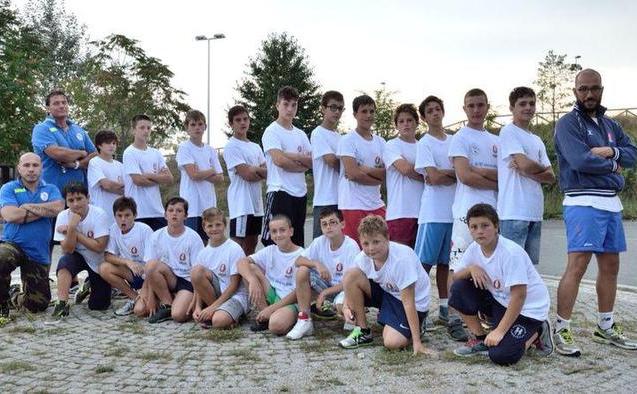 The under 14s Pedona team. (Courtesy of Pendona Team)
People

The Noble Spirit of Rugby Can Teach Younger Generations

ROME—In ancient times, one of its names was harpastum. It was played by ancient Roman soldiers to keep fit during the harsh winters of the military campaigns in Gaul. Even though it is not a national sport in Italy, the current game known as rugby is getting more and more popular, with important benefits for young generations.

Rugby is education. It forces us to enhance one’s courage, sacrifice, loyalty, humility, and daily practice like running, pushing, and tackling. A common saying among rugby players is, “We put our face in places where many others would not even put one foot.”

Over 76,000 people are registered in the professional rugby sport in the Italian Association. Nevertheless, the 15 players’ game is still far away from the most beloved football — but also from volleyball, basketball, and tennis. Data shown by Coni (Italian National Olympic Committee) in its annual report, tells us however a positive trend during the last years. It might be the allure of ethical principles, which are strongly emphasized both inside and outside the field.

“Most young boys who take up this sport will learn to encourage one another, and believe in teamwork,” said Francesco Sainato, Pedona team coach from the northeastern city of Cuneo. His  commitment is to coach under 14 year olds. The core values of determination and respect “are vital if you want to conquer the goal in the field,” Sainato  added.

Although considered a violent sport by many, coach Sainato is keen to stress the ethics and values of rugby: loyalty and respect towards opponents and referee are part of the behavioural code. The  discipline has strict rules that are applied inside the locker room and on the field.

For a number of social workers, rugby is also considered a good therapy to alleviate the aggressiveness of bullies. The importance of discipline, and the ability to strengthen the character can be easily guessed.

Last week in Milan, there was the first rugby feast titled “Rugby against Bullying”, sponsored by local institutions.

“It has been an experimental project adopted from Anglo-Saxon academies”, said the organizers in a note. “The goal is to use psychophysical elements to face bullying, which unfortunately is getting more widespread during a delicate phase such as adolescence,” they added.  The 200 students who took part in the 3 days events could sample the importance of being part of a team.

“What we try to teach the kids,” said coach Sainato, “is that rugby goes beyond the concept of sports. On the field you encourage each other, and everybody feels important, and part of the team: covering all roles is essential, so when you lose or win, you are part of the process.”

In Italy, the rising interest in rugby among young generations, could be related to the national team being part of the selective ‘Six Nations’ tournament in 2000, even though the Azzurri never reached the first place so far.

According to veterans, like Ramiro Cassina, a former national team player, “we play hard, but we form friendships more truthful.”  A sport that can teach a child the importance of belonging to a group, so “they will learn to deal with their team mates like they were brothers,” said Cassina, adding that respect towards opponents and coach is a value set in stone.

Respect governs the rugby field. An example, which might seem a contradiction at first glance, comes from the 2007 World Cup match of New Zealand against Portugal. The game ended in a score of 108-13. The All Blacks, despite the obvious superiority, never slowed down their pace, like they were facing their most feared opponents.

Rugby is a ‘male’ game, a tough game, says Alessandro Rassu, 41, who used to be a veteran player for Karalis team on the Island of Sardinia. “When you are fighting the duel in the scrum to conquer the ball, it is always fair. It might be dirty work, but at the same time it is the most important,” Rassu said.

The scrum, in fact, absorbs such a physical and mental commitment that has an impact on the rest of the game – both in attack and in defense. In other words, it affects the entire performance of the team.

For a younger player, this situation can help to understand the importance of discipline, and getting stronger to overcome personal fears. “Do not ever be afraid, face your opponents without fear, be focused, and above all help each other,” said Rassu.

To the question: Would you recommend this sport to your child? Rassu responds that rugby is a sport that you can already start playing at an early age.  And for a child, as well as a good athletic training, it is also an act of instilling valuable principles ​​such as team spirit, unity, and support among peers.  This can benefit modern society. The rugby, said Rassu, it is a great school of life.

*Image of “rugby team” via Shutterstock