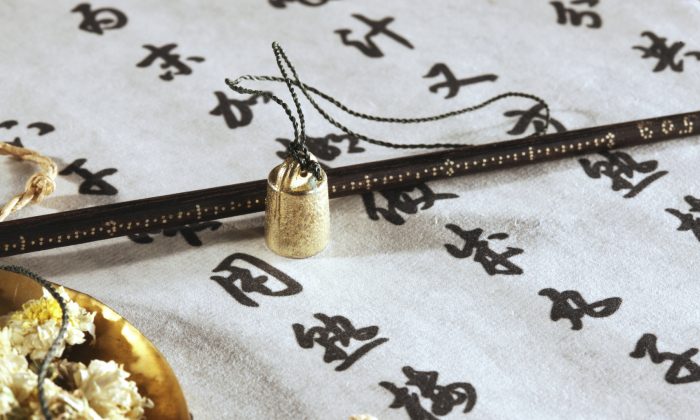 The Healing Power of Chrysanthemums

Every fall as the leaves begin to change colors, I’m overwhelmed with a wave of nostalgia for my New England childhood. As the summer days began to cool and turn into fall, we kids would pick out the most colorful leaves to iron into waxed paper and pick out pumpkins to carve. Several times each fall we would go to the old fashioned Cider Mill near our house. There, we could watch ripe apples run into a large funnel-shaped bin to be crushed into fresh, tart cider.

Beyond the apples, pumpkins, and colorful ears of corn, the Cider Mill also sold pots of chrysanthemums–the last man standing in the world of flowers. These “mums” remained bright and full of blooms and ready to sit on the doorstep until the first hard freeze.

Despite their beauty and hardiness, there is much more to chrysanthemums than meets the eye, especially in Chinese medicine. Here are a number of things you may not have known about this colorful flowering plant:

-In Eastern cultures chrysanthemums are a symbol of good luck, wealth, happiness, and longevity, so much so, that they are the national flower of Japan.

-Chrysanthemums are considered to be a meditation on the coming fall and winter. The radiating petals also signify the sun and the hopeful return of warmth and sunshine after winter’s cold, dark days.

-Chrysanthemums are considered ancient; they have been cultivated for over 3,000 years.

-In Chinese medicine, chrysanthemums are a versatile herb called Ju Hua. They are used for a diagnosis of wind heat headache, which is a headache that accompanies colds and flu, especially with a fever.

-Ju Hua is considered to be a cool, fragrant, and light herb. It is also used for cooling heat in the Liver channel, especially when it manifests as dry, red, or painful eyes.

-The cooling moistening nature of Ju Hua is also good for treating Yin depletion of the Chinese Liver or Kidney system, especially when it causes blurry vision or floaters. It also calms the rising of Liver Yang energy and extinguishes wind, for symptoms such as dizziness, vertigo, and headache.

-Because of its ability to calm the rising of Yang energy, Ju Hua is also a useful herb in treating high blood pressure.

-While any color of chrysanthemums can be used, white mums (also known as Sweet Chrysanthemum) are best to nourish the Chinese Liver and benefit the eyes. Yellow mums are better for dealing with eye symptoms and headaches due to colds and flu.

-Chrysanthemum is one Chinese herb that you can harvest, dry, and take on your own. Just cut the whole plant when the flowers are in full bloom and hang it upside down until the flowers are dried. You can then use the flowers in tea. For therapeutic benefits, chrysanthemum tea must be taken over several weeks or months.

-To lower blood pressure and/or cholesterol, drink chrysanthemum tea with Hawthorne fruit. You may need to add a bit of sugar, as Hawthorne can be tart! To nourish your Chinese Kidney and Liver and to benefit your eyes, add sweet Chinese wolf berriess (Gou Qi Zi).

When you are out at the farmer’s market or your local farm stand this fall, think of think of the pots of chrysanthemums as more than something to adorn your front step. Think of mums as a cooling, nourishing herb that calms Liver Yang, is good for your eyes, and can lower your blood pressure.

Lynn Jaffee
Follow
Lynn Jaffee is a licensed acupuncturist and the author of “Simple Steps: The Chinese Way to Better Health.” This article was originally published on AcupunctureTwinCities.com