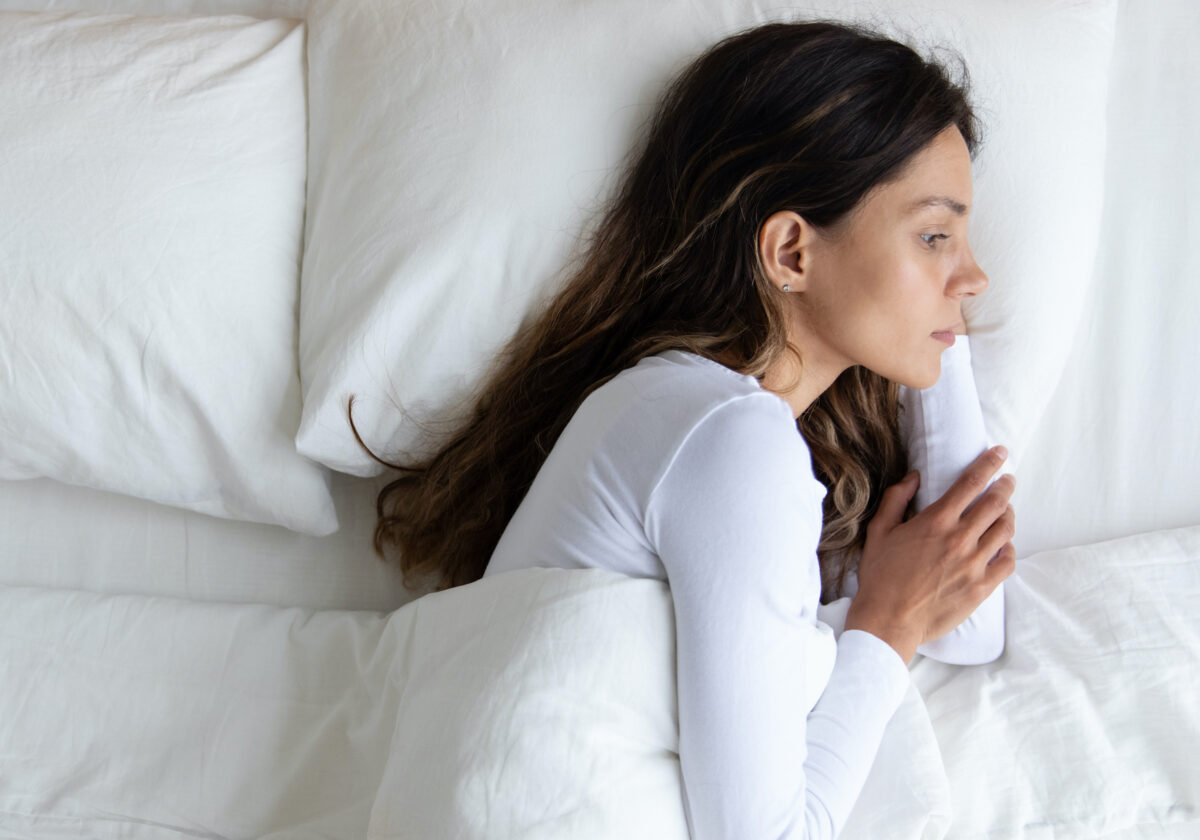 Many women have an unhealthy notion that they are somehow responsible for everything going wrong with everyone around them. (fizkes/Shutterstock)
Mindset

The Guilt That Women Suffer

Many women believe that if something's wrong, it must be their fault
BY Nancy Colier TIMEJuly 9, 2022 PRINT

Women struggle mightily with the emotion of guilt. I’ve observed this truth for nearly 30 years as a psychotherapist, and also as a friend, mother, employer, neighbor, and every other role I play with fellow women. When it comes to emotional well-being, guilt may be the greatest obstacle we face.

Men struggle with guilt, too, it’s a human emotion, but this article isn’t about men. It’s also not about guilt in a universal sense, as it relates to original sin. It’s about women and our habit of feeling guilty for pretty much everything.

What I see in my office day in and day out is this: many women believe that everything that’s “wrong,” has ever been “wrong,” and will ever go “wrong” is their fault. If something or someone else isn’t OK, they’ve done something to cause it. They are guilty and thereby responsible for fixing it. At the same time, women feel guilty for taking care of or needing anything for themselves. The truth is, women feel guilty most of the time. Guilty is just our normal state.

If we look to science to understand the propensity women carry for guilt, we might consider that females come into this world with neurochemicals that stimulate empathy, nurturing, and bonding. Females tend to be more relationally wired than males. This isn’t always the case of course, but in general, the studies support the fact that females are biologically designed to feel other people’s experience (perhaps so as to be able to care for their offspring).

Our empathic wiring isn’t the problem however. The problem is that our inherent attunement to other people’s experience becomes something we use against ourselves. Many women believe that if we fail to make everyone happy, we’re bad. Our capacity for kindness and connection transmutes into an unkindness we harness against ourselves.

At the same time, through our cultural conditioning, we’ve learned that our emotional safety and belonging is best achieved by being likable. And so, we spend a lot of energy trying to be pleasing, which, if you’re female, means keeping other people happy.

When other people aren’t happy; when something is perceived as “wrong,” it means that we have failed. We’re then in danger of being rejected and criticized, and thereby losing our place of belonging. Taking the blame for other people’s experience then becomes a kind of emotional survival strategy. It keeps us likable.

So too, we assume that everything is our fault as a way of maintaining control. If we’re to blame for everything and we’re who broke whatever’s broken, then we can also fix it. We can do better, be better—and we will, which will make everything OK.

But what if we can’t make everything OK by fixing ourselves; what if things can go wrong for reasons we can’t know; what if everything isn’t our fault?

That would mean that life isn’t entirely in our control.

It would mean that life happens on life’s terms, not ours.

It would mean that we’re not the (negative) center of the universe.

For many, this is a scary idea. We avoid recognizing that things just happen for an infinite number of reasons—even if it means living in constant guilt and self-judgment—rather than face the fact that much of life isn’t in our control or even about us.

Paradoxically, guilt is also a way of keeping us from having to feel what we feel. When something isn’t working in our life, focusing on all the reasons we’re to blame—and what’s wrong with us—keeps us from feeling the feelings related to what’s happening. While feeling responsible and guilty is painful, it successfully avoids the pain that might be properly associated with the situation at hand.

And so, we stay stuck in the rumination and negative looping about our own brokenness, but we don’t process the feelings that would help us move forward, the feelings related to what’s happening in the present moment.

But perhaps most importantly, when we get caught in guilt and self-attack, ruminating on our guilt, we abandon the possibility of actually addressing what isn’t working.

We get waylaid in the familiar and comfortably uncomfortable narrative of our failings.

We’re then distracted from the most important question: how to improve what isn’t working. We surrender the chance to chart a course forward, since ruminating on our brokenness won’t make the situation better.

At the end of the day, we’re stuck in the old guilt and shame muck, and we end up with the same old question we always end up with: “What’s wrong with me?” It’s a question we know all too well.

So, how do you break the cycle and change your inner narrative?

To start with, you didn’t learn to be chronically guilty overnight and you won’t break the guilt habit overnight. As with everything, freedom begins with awareness. You start by noticing, in small ways, your own propensity to blame yourself, the ways you personally fall into the guilty rabbit hole. And, when you notice yourself falling, you catch yourself and climb out.

Perhaps your 11-year-old tells you she’s sad because she has no friends, and perhaps you notice that you immediately start figuring out how you caused it, ruminating on your bad mothering and why you’re to blame for turning her into a social outcast.

As soon as you notice that you’re turning against yourself and falling down the self-blame hole, stop and do something different: Offer yourself kindness instead of criticism. Try a new path. Instead of going down into the old, stagnant, guilty rabbit hole, live it differently.

How to Make Different Choices

If any of this sounds a little too familiar, you can try this two-part process.

Step 1. Feel how the situation feels.

Feel the situation, not how it feels to be the cause of it. For example, how do you feel knowing your daughter is sad because she lacks friends? Simultaneously, notice if your feelings toward your daughter (or whatever situation) change when you aren’t guilty of having caused it.

Step 2. Turn your attention to now.

What can be done to improve the situation? For example, how you can improve your daughter’s relationship with other kids. Turn your focus from what’s wrong with you to the present moment and how to create change.

When guilt becomes a habit, it causes great suffering and stagnation. But guilt is a habit we can break; we don’t actually have to feel guilty all the time. When things go wrong, we don’t have to immediately throw ourselves under the bus. But in order for the guilt habit to change, we have to choose to live it differently. So, make that choice, and pay attention to who you are and who you become when you stop telling yourself that you’re bad. 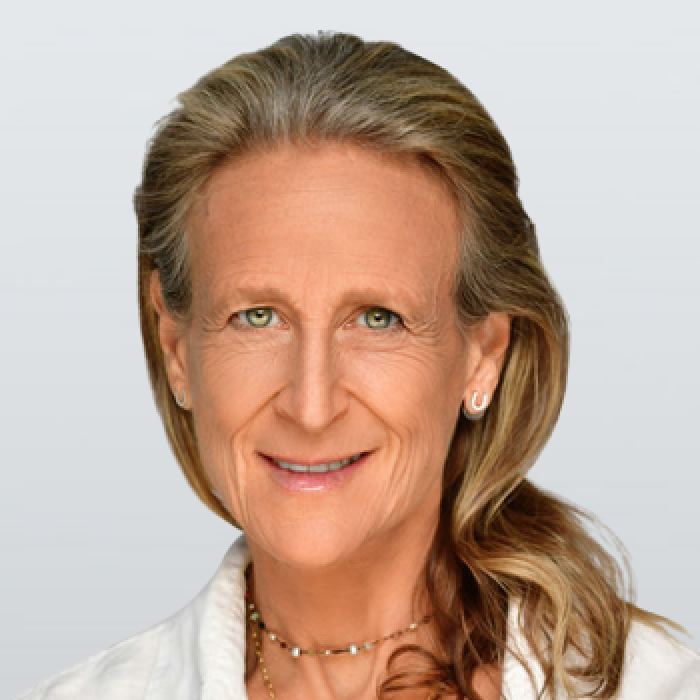