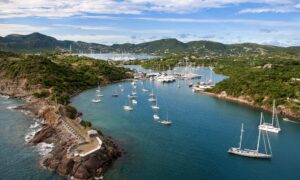 Sun, Sand, and Serendipity in Antigua
0 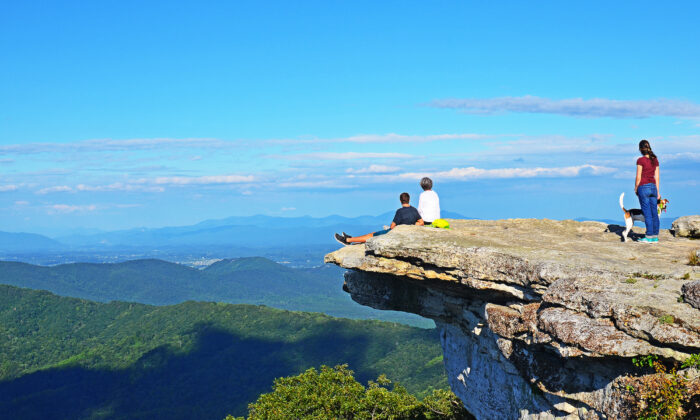 McAfee Knob, in southern Virginia, is one of the most spectacular and photographed spots along the Appalachian Trail. (Rui Serra Maia/Shutterstock)
Destinations

The Best Hikes in America

From urban rambles to epic treks, here are the top ways to stretch your legs
By Tim Johnson
Print

It’s the ultimate way to get away, and you don’t necessarily need to travel far from home. With the path stretching before you, and maybe some mystery around the next bend, hiking provides the best of everything—fresh air, exercise, and the ability to separate yourself, physically and psychologically, from the hubbub around you. And the best part? You can go solo, or join family and friends, and the trips can range from a simple ramble in the park to a big, multi-day trek. Here are some of the best.

Running some 2,200 miles through a total of 14 states, the Appalachian National Scenic Trail is probably America’s most popular (and famous) footpath, with about 2 million people traversing some part of “the AT” in any given year. Just a tiny fraction complete the entire length of it, from Springer Mountain in Georgia to Mount Katahdin in Maine, in just a single season—these hardcore trekkers, called “thru-hikers,” number in the hundreds, spending months staying in a series of outdoorsy shelters along the route.

But this is also a trail where you can choose your favorite section, and just enjoy whatever length you want. Accessible and within a few hours of many major urban centers, Washingtonians, for example, can drive up for the day and walk some of the 101 miles that stretch along vertiginous ridgelines with sweeping valley views through Shenandoah National Park, while Philadelphians can travel about an hour to the Lehigh Gap, and walk a section where the Lehigh River, far below, cuts through the craggy heights of Blue Mountain.

Running border to border—from the southern edge of California where it becomes Mexico, to the northern edge of Washington, where it becomes Canada—“the PCT” traverses some of the most stunning scenery in America’s west. Often isolated and remote, its 2,650-mile route demands some serious grit from those who attempt to hike large sections of it—an effort made famous in the 2014 Reese Witherspoon film “Wild.” Snows in the Sierra Nevada can persist into the summer, and elevations change in the extreme, running from sea level to the 13,153-foot Forester Pass, at the line between Oregon and Washington. But you don’t have to do it all—those looking for a challenge that doesn’t require months of effort can attempt the John Muir Trail, one of the original sections of the PCT, which runs 221 miles through five national forests and national parks, passing places such as Yosemite’s iconic Half Dome.

Stretching 18.5 miles along the blue waters of big Lake Michigan, this broad path pulsates with activity all year long, with walkers, bikers, runners, and roller-bladers rolling past some of the city’s best parks, beaches, and attractions. Those who complete its full length start at Edgewater Beach and finish at South Shore, making their way down a mostly-flat thoroughfare with separated lanes.

But casual visitors will want to stop—frequently. Chicago has some the world’s finest lakefront parks and urban beaches, so you might want to ramble over to weirdly irresistible Cloud Gate (also known as ‘The Bean”) in Millennium Park, or take a dip at the hidden 31st Street Beach, or visit the 32,000 animals at the Shedd Aquarium, or tour the carnival-style amusements and get some cotton candy at the 3,300-foot-long Navy Pier, before burning it off back on the trail.

An urban adventure that will definitely require a little leg-stretching beforehand, this series of narrow staircases (linked by quiet, winding roads) climbs a total of 861 steps up the side of Beachwood Canyon, where the houses, clinging to the steep hillside, have long been home to Hollywood’s elite, from Charlie Chaplin to Madonna.

Here, along the “secret stairs,” the pleasures are both historical and natural, as you tour through the original Storybook Style houses built in the 1920s as part of the Hollywoodland housing development—which the 45-foot letters of the Hollywood Sign originally advertised. Visit in the cool of the evening, and you’ll be rewarded for your effort and aching thighs, as you look out over the last hues of the sunset in the sky, the endless lights of Los Angeles, coming up below.

Decades ago, this was one of New York’s most dangerous neighborhoods—Tenth Avenue was once dubbed “Death Avenue”—with impatient trains thundering from one of the busiest ports in the country to the warehouses here on the west side. In 1930, the city saved countless lives by raising the tracks, but that railroad spur fell into disuse and became derelict by the 1980s. After years of debate, and many attempts to tear it down, it became a truly remarkable linear park, running 1.45 miles over the urban hustle below, running through gardens, past sculptures, and straight through the hulk of Nabisco’s former factory—the birthplace of the Oreo. Climb up a staircase from the streets below and escape to another world, with just the sky above you, and take as much time as you need, walking and jogging its length. Then, reward yourself with a treat from the food trucks (or maybe even a glass of wine), along the way.

Where can you hike from a major urban center (and state capital), all the way to the summit of a volcano, with fairly minimal effort, in typically less than an hour? Hawaii, of course. One of the most popular hikes in the islands, this 1.6-mile loop takes you from the middle of a crater to the top of Diamond Head (so-named because British sailors nearby mistook calcite crystals for diamonds), through a series of switchbacks, to the final push, two sets of stairs—one with 54 steps, the other with 99—to reach the apex. There, you’ll stand on the cone of a long-dormant volcano (which last erupted some 300,000 years ago), with city and beach and ocean at your feet, with the blue Pacific fringed with white beaches, the towers of Waikiki toward the horizon.

Running 3,100 miles along America’s Great Divide, from the deserts of New Mexico to the big skies of Montana, the Continental Divide Scenic Trail together with the Appalachian and the Pacific Crest forms the triple crown of hiking in the United States. It presents some challenges that the other two don’t—in part because it is only 70 percent complete, with the balance made up by roads. As a result, only a couple hundred hardy souls attempt to thru-hike here, and those who are successful take about six months to complete it. Still, even for those who don’t, any section of the path can make for a rewarding trip, treading the line where waters flow in opposite directions, to the Atlantic and Pacific, rising over 14,000 feet in Colorado, threading past frothing geysers in Yellowstone National Park and, at every turn, encountering some of the wildest, most untamed wilderness America still has to offer.