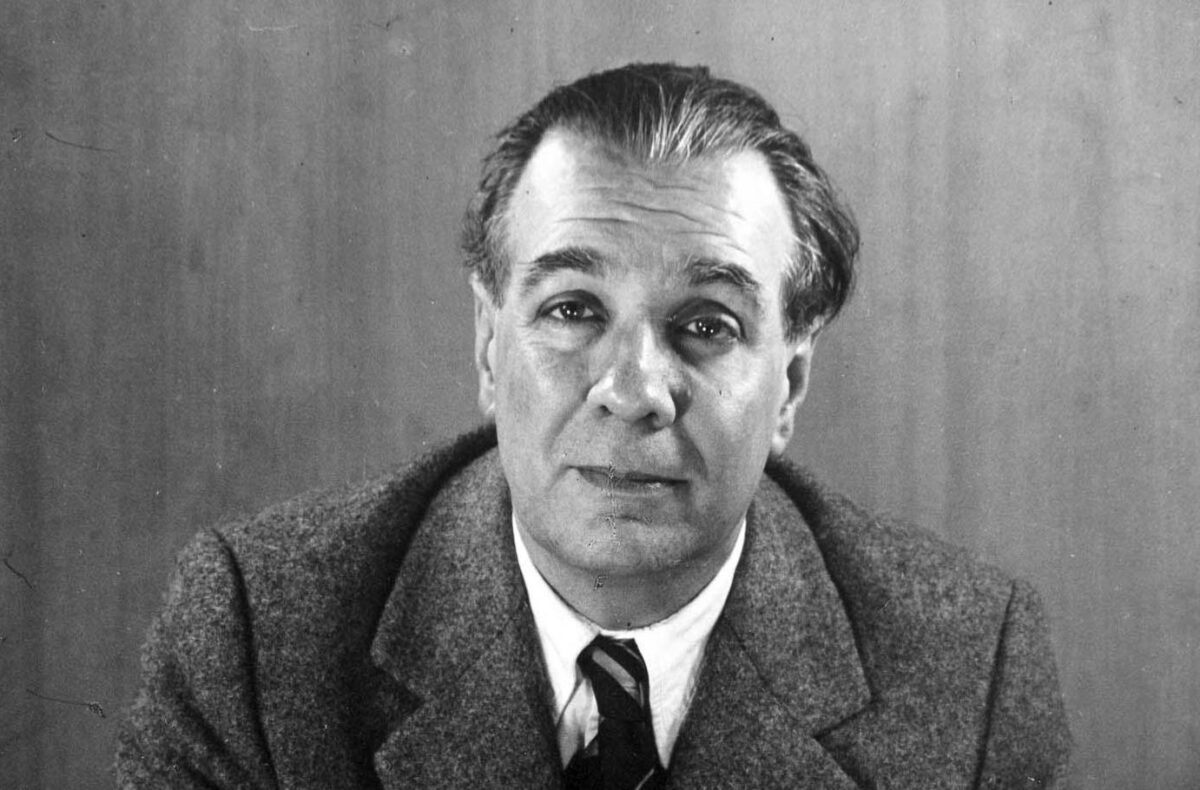 The Argentine Author Who Opposed Collectivism and Never Flinched

It’s no secret that Jorge Luis Borges of Argentina is one of the most outstanding authors in literature. His unique stories, which explore eternity, pain, time, and metafiction, have made him an obligatory reference in this field.

Despite his introverted character, the blindness from which he suffered in his last decades, and his undeniable inoffensiveness, Borges spent the last years of his life being canceled for his staunch defense of individualism by an academic and literary world increasingly committed to collectivist causes.

Unlike the authors of the Latin American boom, made up of the Colombian Gabriel García Márquez, Argentine Julio Cortázar, Mexican Carlos Fuentes—who would later withdraw his support from Castroism—and Peruvian Mario Vargas Llosa—who did the same as Fuentes and became a great classical liberal—Borges never endorsed the Cuban revolution or expressed himself in favor of any movement that tried to enhance the figure of the collective over the individual. This was very clear to him from an early age.

“The most urgent of the problems of our time (already denounced with prophetic lucidity by the almost forgotten Spencer) is the gradual interference of the state in the acts of the individual; in the fight against this evil, whose names are communism and Nazism, Argentine individualism, perhaps useless or harmful until now, will find justification and duties,” Borges wrote in “Our poor individualism” in Collected Works II.

Borges received the Miguel de Cervantes Award—the most important literary award in the Spanish language—for his global work in 1980. However, despite being a candidate for the Nobel Prize in Literature for more than 20 years, he never received the recognition that was given during that time to the Chilean communist Pablo Neruda in 1971 or to Fidel Castro’s personal friend Márquez in 1982.

María Kodama, the wife of the late Borges, said that on the occasion of an honorary doctorate being granted to him by the University of Chile in 1976, the writer scheduled a visit to the country, which was then ruled by the dictator Augusto Pinochet.

When the Nobel authorities found out about the trip Borges was planning to make, they called him from Stockholm to try to dissuade him, to which the writer replied: “Look, sir; I thank you for your kindness, but after what you have just told me my duty is to go to Chile. There are two things a man cannot allow: bribes or letting himself be bribed. Thank you very much, good day.”

Borges—the author of such works as “Ficciones” (“Fictions”), “El Aleph” (“The Aleph and Other Stories”), and “El Libro de Arena” (“The Book of Sand”)—always tried to dissociate himself from any kind of political struggle. However, he couldn’t avoid being sincere every time he was asked in interviews about his ideological positions or his very determined anti-Peronism.

“I have never belonged to any party, nor am I the representative of any government … I believe in the Individual, I disbelieve in the state. Perhaps I am nothing more than a peaceful and silent anarchist who dreams of the disappearance of governments. The idea of a maximum of the individual and a minimum of the state is what I would like today,” said Borges, who declared himself to be a follower of Spencerian liberal anarchism, something very similar to what we know today as libertarianism.

The Argentine writer wasn’t forgiven for his anti-communism by leftist intellectuals and the press, and it earned him—as it happens today with those who defend individual liberties—insults and barbarities, for which he was forced to reflect on the matter.

“There are communists who maintain that to be anti-communist is to be fascist. This is as incomprehensible as saying that not to be Catholic is to be Mormon,” Borges said.

Curiously, his comment has held true over time, because decades later, communists (and collectivists in general) continue to cry “fascist” when anyone opposes their coercive policies that infringe on individual freedoms.

Unlike most “intellectuals” of the time, Borges was one of the few who understood that Nazism and communism, far from being two opposing ideologies, were monsters of the same left-wing collectivist strand, which sought to make individuals submit to the absolute power of the state.

“You start with the idea that the state should run everything; that it’s better to have a corporation running things, and not have everything ‘left to chaos, or to individual circumstances’; and you get to Nazism or communism, of course. Every idea begins as a beautiful possibility, and then, well, when it gets old it is used for tyranny, for oppression,” he wrote.

Clearly, Borges wasn’t the typical intellectual who smiled before governments to receive awards, money, and applause. He was, from the beginning, faithful to his ideas and criticized—as few did—the ineffectiveness of states to manage people’s lives. He always tried to create awareness in humanity about the importance of protecting the rights of the largest minority on the face of the earth: the individual.

“To me, the state is the common enemy now,” he said. “I would want—I have said this many times—a minimum of the State and a maximum of the individual.”

Emmanuel Rincón
Follow
Emmanuel Rincón is a lawyer, writer, novelist, and essayist. He has won several international literary awards. He is editor-at-large at El American.
SHARE
Friends Read FreeCopyFacebookTweet
You May Also Like