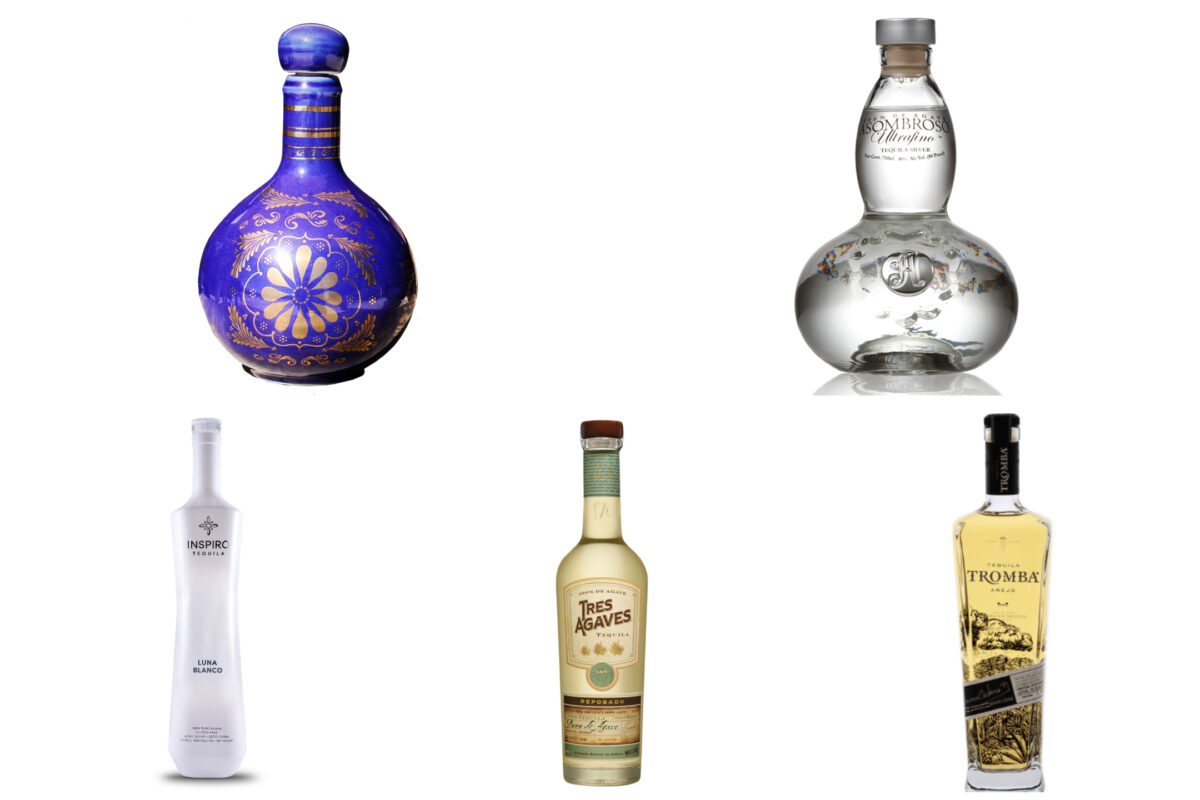 Pop culture has done a disservice to tequila, from the idea that one lines up shots with lime wedges and salt to the myth of worms in the bottle (that was mezcal, not tequila, and a marketing gag at best). But tequila-making is an art, and its production has strict guidelines both in ingredients and its geographical origins: It is only distilled from blue agave in the Mexican state of Jalisco and designated areas of Guanajuato, Michoacán, Nayarit, and Tamaulipas. In fact, the Agave Landscape and Ancient Industrial Facilities of Tequila, in Jalisco, is a designated UNESCO World Heritage Site.

Great tequila is fine in a margarita or paloma, but the finest ones are of such quality and flavor that they deserve to be sipped and savored as one would with Scotch or Cognac.

We chose bottles from three styles: blanco (also referred to as silver), which is clear and typically unaged; reposado, which shows some golden color from being aged in oak barrels at least two months, but less than a year; and finally, the golden-hued añejo, aged one to three years. There are also joven (young) varieties (a blanco blended with some aged tequilas), flavored tequilas, and extra añejo, which as the name may suggest, is aged longer than the three years of an añejo.

Awarded double gold and designated Top Tequila in the World Spirit Competition in San Francisco, this is another blanco. The aroma delivers herbal, peppery, and anise notes, but on the tongue, it has a vanilla sweetness and rounded mouthfeel with a smooth mellow finish that lingers nicely.

Sold in a handsome blue bottle, Grand Mayan’s Reposado ages in American and French oak casks for six to eight months. Expect oak, black pepper, and vanilla on the nose, which come through again on the palate as well, especially the oak. Add to that a firm presence of cooked agave and a hint of caramel and chocolate, with a lingering heat in the finish.

This certified-organic tequila spends nine months in Tennessee whiskey and Kentucky bourbon barrels, picking up some nice barrel flavors. Floral and oak aromas come through on the nose, while flavors of cooked agave, oak, vanilla, and caramel dominate, but leave room for hints of cinnamon, black pepper, and maybe a touch of smoke. A mildly sweet finish. Wine Enthusiast listed this in their top 100 spirits and it has taken home gold in competitions.

Master distiller and company founder Marco Cedano has more than four decades of experience in the tequila industry. He named his tequila for the cloudburst storms over the agave fields in the highlands. The añejo is aged in American white oak whiskey barrels for more than 20 months. Expect green apples, oak, and vanilla notes on first whiff, and the same plus caramelized agave on the palate. A very pleasant and approachable tequila.