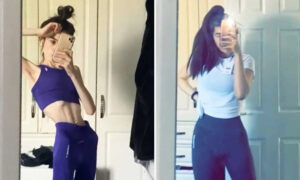 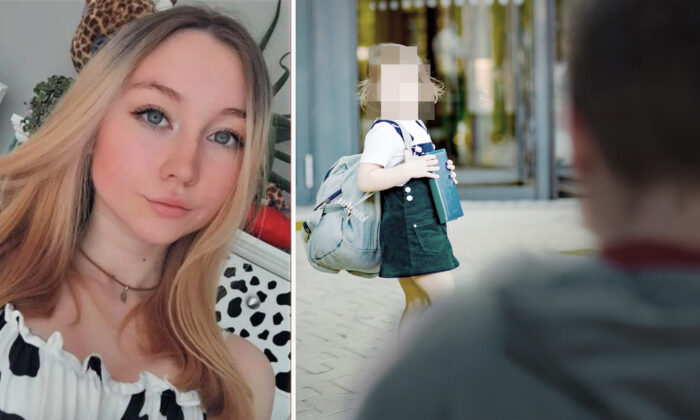 A Liverpool teenager is being lauded for her quick thinking after she witnessed a “creepy looking man” approach a young schoolgirl, while claiming to be her “dad’s mate.”

Emma Carlile, 15, was on her way home from Weatherhead High School when she saw the tall man approach the 11-year-old schoolgirl.

Suspecting something was afoul, the teen decided to keep an eye on her.

The younger girl told him she did not know him—though he insisted that he was her dad’s friend, that he knew her, and had even been to her house before.

As she was wearing a coat, it was unclear what school she went to. She had on a Harry Potter backpack.

The preteen looked scared, so Emma decided to step in, reported the Mirror.

When the schoolgirl reached for her phone, the man was heard saying, “No you don’t need to ring anyone, you know who I am, I’m your dad’s mate.”

As they turned the corner, Emma was determined to follow them, speak up, and stop the stranger’s advances.

After rounding the bend, she yelled out.

Emma’s dad, Rik, told the Liverpool Echo, “She shouted the first name that came into her head, she said—‘Hey Bethany! Dad will be home tonight from police training.’”

Upon hearing her, the man quickly walked off in the direction of Wallasey Village train station. Rik added, “Apparently the girl looked at her and just opened her eyes wide as if to say thank you. She said she looked startled.”

After the harrowing incident, he posted a warning for other parents on Facebook, captioning:

“Please make your children aware if they walk home alone.”

Facebook users praised Emma for her smarts, leaving comments like: “Omg hope there both okay. How clever of your girl to be so brave and help the other girl xxxx;” and “Makes my blood boil this but well done to your daughter for her fast thinking.”

The proud dad told The Epoch Times that his daughter was recently awarded 170 pounds (approx. US$235) from The Wirral Copper Jar charity for her actions.

“She was absolutely overwhelmed and was immensely grateful,” said Rik. “The check said £100, but that is their prop check that hadn’t been updated.”

Merseyside Police also released a statement, as the Echo reported:

“We received a third party report from a member of the public at 6:45pm yesterday, Tuesday June 15, that earlier that day a female walking through Wallasey village had been approached by an older male who had put his arm round her.

“A teenager approached the pair and spoke to the female and the man walked away in the direction of the train station.

“Neither the female or the male have been identified at this stage.”

The man was described as being about 6 feet tall, of heavy build, wearing a green t-shirt, with short grey hair and stubble.

Rik said his daughter brushed off the notion that she’d done anything special.

“When you speak to Emma about it she’s really blasé, and she’s just like I could see she was uncomfortable,” he said.

“I told her again this morning, you could have saved that girl’s life, you just don’t know.”