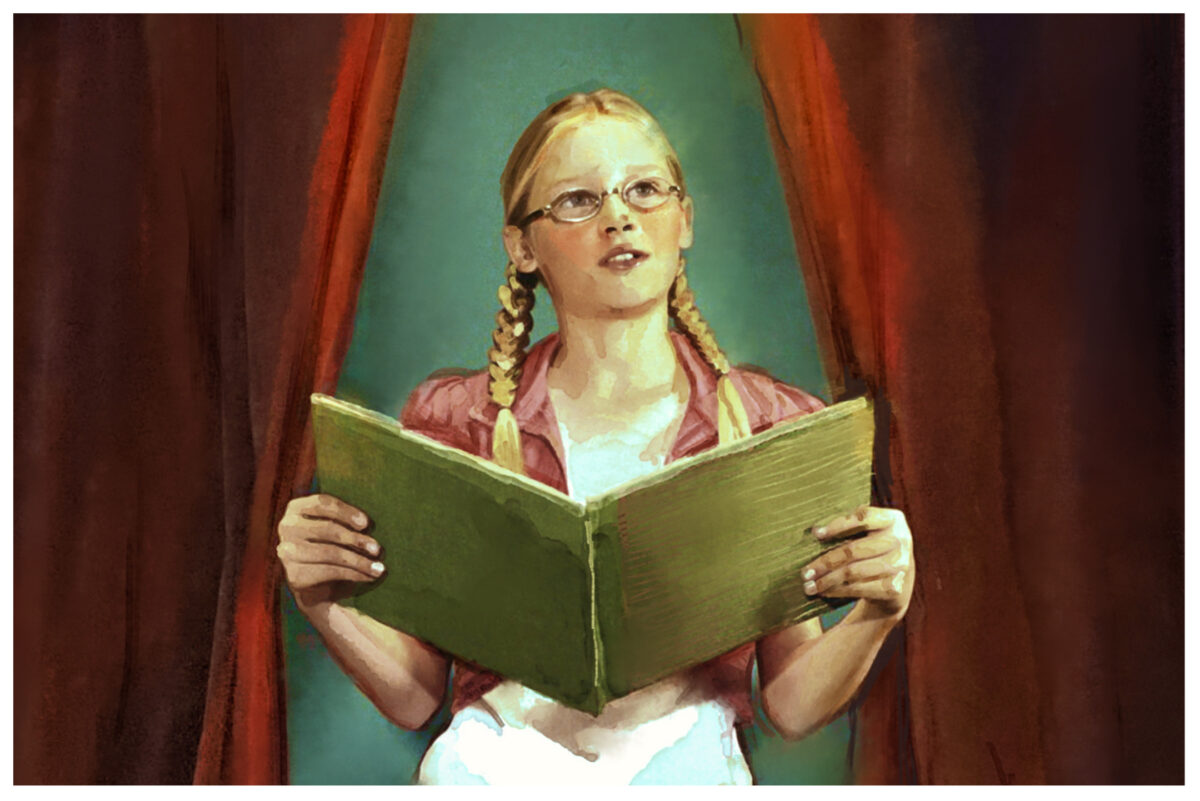 Taking Poetry to Heart Is a Lifetime Gift

In the spring of 2014, I served as prompter for a local homeschool poetry fest in Asheville, North Carolina. From pre-K students to high school seniors, students marched onto stage and recited verse to an audience composed of family and friends. The little ones trebled out nursery rhymes, middle-schoolers delivered impressive reams of rhymes—Shel Silverstein’s “Sick” was always popular—and the high schoolers often aimed at the stars. My job was to sit in the front row with copies of all the poems, ready to help if someone stumbled or forgot a line.

The most impressive performance I witnessed in my three years as prompter was a rendition of T. S. Eliot’s “The Love Song of J. Alfred Prufrock.” The performer, Carolyn, had taken some of the seminars I’d offered to homeschoolers for several years, and I was aware of her academic and acting abilities, but that night, she dazzled me. She recited without mistake or hesitation, including the six opening lines in Italian. “Prufrock” is a free verse piece, long, with some rhyming lines but no particular meter. If you know the poem, you are now probably as impressed as I was. If not, you can read it here.

Many educators have long disdained memorization, whether it be of poetry or the multiplication tables. Google “memorization in school,” and you’ll find arguments back and forth about the value of committing facts, dates, and yes, even poetry, to memory. The best of these viewpoints, I believe, are those that advocate a balance between memory work and analytical thinking. From India, for example, comes an article that wisely favors a combination of both approaches in the classroom.

To dismiss entirely the tool of memorization, however, is to ignore a fundamental aspect of childhood development, a fact Intellectual Takeout editor Annie Holmquist mentions in her 2017 article, “Children Have Amazing Powers of Memorization … So Why Aren’t Schools Using Them?” The article revisits “The Lost Tools of Learning,” the essay in which author Dorothy Sayers strongly advocates for memorization in early education, the “Poll-Parrot” stage. According to Sayers, and as many parents recognize, children of kindergarten and elementary school age possess an amazing ability to absorb the multiplication tables, facts of history and science, foreign languages, and of course, nursery rhymes and poetry.

Memorizing poetry strikes me as especially important, bestowing as it does singular gifts on its recipients. For one, taking the tempo of verse, and making it our own, subconsciously delivers the rhythm and meter of our English language to the mind. As a schoolboy, Winston Churchill memorized and recited all 1,200 lines of Macaulay’s “Lays of Ancient Rome,” and continued to tuck into his mind dozens of other verses as well. The cadences and musical language of these lines undoubtedly contributed to his powers as a speaker and writer.

In addition to imbuing us with the beauty of our native tongue, poetry acts as an interior flame that can inspire us during hardship long after we have left the schoolyard. Rudyard Kipling’s “If,” for example, which I had certain classes put to memory, abides in the hearts of those students even today, whispering, perhaps, encouragement when they most have need of it.

In one middle school seminar I taught on composition and literature, I made “The Impossible Dream” our class anthem. We sang this Broadway hit from “Man of La Mancha” from time to time, and some of the students eventually memorized most of the lyrics. Several years later, when I ran into one of those students, she thanked me, saying she’d thought of that song many times and that it had kept her going in her studies and her social life.

As in so many things, the memorization of poetry best begins with baby steps. Teach those three-and-four-year-olds lots of nursery rhymes. Often all you have to do is read and repeat, read and repeat, and they’ll lock down the verse. Give older students short works in the beginning, like “Dreams” by Langston Hughes or Emily Dickinson’s “There is no Frigate like a Book.” From there, students can progress to longer poems by the likes of William Shakespeare, Rudyard Kipling, Christina Rossetti, Elizabeth Browning, Robert Frost, and dozens of others. These pieces are best tackled by breaking them down into parts and constantly reviewing the stanzas already learned.

I also recommend a trip to the library, where you can take a look at the many anthologies. Browse through these, and pick out the poems that interest you. Better yet, select a couple of favorite collections and keep them in your home.

Learn some poetry by heart, and its words, rhythms, images, and meaning become like that muscle beating away in your chest, a life-giving part of you until the end of your days.