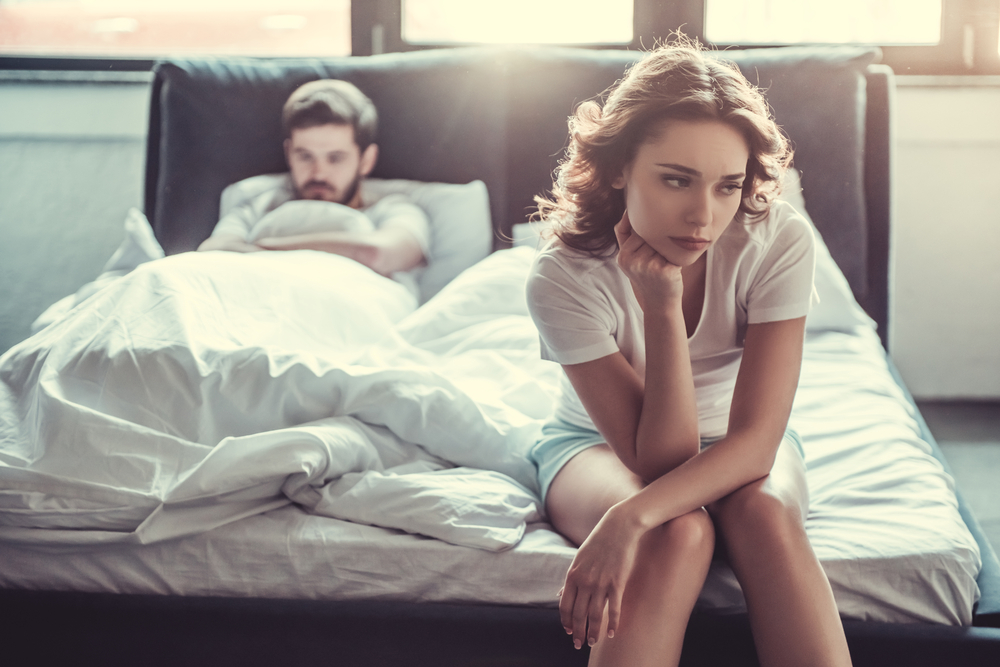 Suzanne Venker Is Speaking Up for Women

A few years ago, Suzanne Venker was on a plane when she saw a flight attendant crouched in the back, reading a book. As she got closer, she recognized it was one of hers, and the two of them had a moment of excitement.

But the encounter also felt a little sad, because the reader felt she had to hide what she was reading, as if she couldn’t let anyone find out.

“I feel like I’m speaking for the silent group who can’t just speak themselves, because they’ll lose friends,” Venker said. “So I just say it for them, because I don’t care and they need support—and it’s just wrong that they don’t have it.”

Venker, an author of relationship advice books, is perhaps better known as “The Feminist Fixer.”

The women in Venker’s family have been highly educated, professionally accomplished women, as well as dedicated mothers and wives.

“Their lives represent what feminists say women are supposed to be doing and supposed to look like … they weren’t typical like most women of the day,” Venker said. “[But they] were not feminist in the least, in terms of their value system or their ideology.”

They were conservative, or classically liberal, rather than politically progressive, as the modern feminist movement is.

“And I think today, certainly, it’s clear that if you’re not on [the feminist] side of the issue, you don’t get to speak,” Venker said.

Venker, who wasn’t brought up as a feminist, says she could see where culture had gone wrong. Feminism was feeding society a lie, and we ate it up. That lie then produced unhappy women, leading to unhappy men, and unhappy families.

What feminism has done today is devalue everything intrinsic to women, Venker explained. For instance, women are made to feel negatively about everything from wanting to be married, or to be a mother, or to be monogamous in a relationship; and if they decide to work fewer hours to be with their children, it’s a choice they feel they should be ashamed about.

She points to the ’70s-era, left-leaning movement to “make the personal political.”

Venker says that much of the feminist information that gets trickled down to the average person is just that. What most people don’t realize is the real movers and shakers of the movement had rather destructive backgrounds—broken homes where they learned to model broken relationships, and mothers who told their daughters not to suffer the way they did, because they truly suffered outside of the norm.

“Rather than dealing with them on a personal level, they lash out at society, and wanted society to change because they believe society was to blame,” Venker said. Modern feminism can be summed up as this: American women are downtrodden and oppressed by the patriarchy. In Venker’s books, articles, podcast, and radio show, she cites statistics and stories that show this just isn’t true.

Venker has been writing for about 20 years, but she didn’t start out writing about feminism.

She had been an English teacher and initially sat down to write about her experiences in the classroom, but then her personal life took a detour. She became a mother and started writing about motherhood.

“It was about the early years and staying home,” Venker said. Then, she realized that in order to say what she wanted to say, she had to start with feminism and its role in shaping our perspective on motherhood. She included just one small chapter at the beginning on the topic.

“But the theme of that just kept on, because it’s really never left the news. I think it’s more in the news now than it was before, it’s morphed into something bigger,” Venker said.

“It’s so inculcated into the culture, you don’t even have to label it anymore, it’s just in the air. Women think a certain way because women have been conditioned to think a certain way,” she said. As a result, when she says things like “Men and women aren’t equal as in the same, or interchangeable,” it comes off as provocative.

Venker’s message wasn’t popular then, when she dealt with five years of rejections to publish her first book, and it isn’t popular now. The difference is that now there are many more outlets to reach people, and she no longer needs to go through as many gatekeepers.

A turning point came in 2010, when her op-ed “The War on Men” became one of the most-read opinion pieces on the Fox News site. It catapulted her into being a voice on the topic of gender relations, drawing responses from across the gamut. People write responses to the piece in online essays to this day.

Venker doesn’t mind drawing ire. She says even in high school, she was often the “fall guy.”

But Venker doesn’t write about politics. She addresses her books directly to women who are trying to find happiness.

“I really want people who have sort of figured out that what they’ve done isn’t working, and they don’t know exactly know why it wasn’t, and they’re willing and ready to do anything they can to turn it around,” Venker said.

Venker says it boils down to women’s mindsets. It makes a world of difference. For instance, someone who is constantly looking for reasons to accuse their partner of prejudice is going to have a vastly different relationship than someone who sees their relationship as a collaboration in which they are also personally responsible.

She wants to help women get out of “victim mode” and realize the ball is in their court.

“Women have always been my focus and concern, because when you’re talking about relationships, they’re really the relationship navigators, meaning they set the standards and men have no choice but to go along with what they want,” Venker said.

“It’s definitely everyone’s problem, because it hurts men and women and children, because men do best when they’re married and children do best with two married parents,” she said. “However, I think it’s more harmful for women.”

Her honest assessment is that things are getting worse now, not better.

Venker has two children of her own, a son and a daughter who is off to college. She says they’ve benefited from her unusual role and as a result are quite clear about gender relations, but many parents are at a loss for what to do when they realize their children have bought into feminist lies already.

“They don’t realize all these years what the culture was selling their kids,” Venker said. Parents probably aren’t aware of the extent—it’s in the movies, television, music videos, news, and so on, or if they are they don’t know how to counteract that.

Her recommendation is to talk about these topics in the home—pop culture, sex, relationships, money, marriage, divorce, etc.—because once they’re out of the house, the parent really has no more opportunity to influence them.

Venker’s fifth and latest full-length book, “Women Who Win at Love: How to Build a Relationship That Lasts,” is coming out this year.

“I’m going to do more group work than writing, and I have a new radio show,” Venker said. “That’s where I’m taking my focus for the longer term.”

And starting in November, she’s taking her message to college campuses.

“College campuses are in desperate need of relationship education, because it’s really a mess on campuses right now,” Venker said.