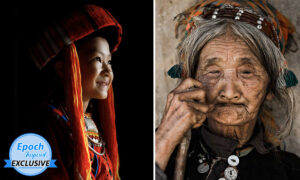 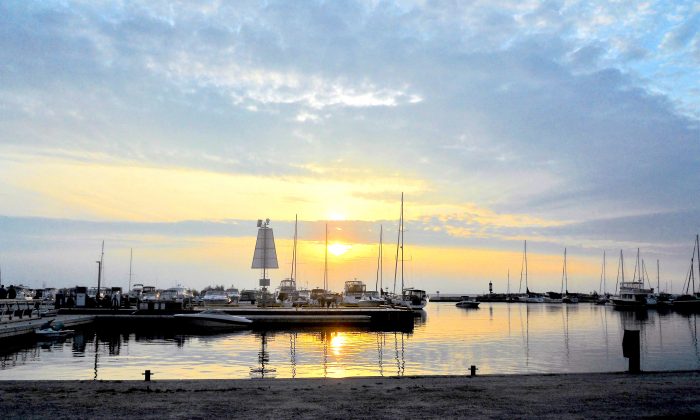 PORT ELGIN, Canada—Bluegrass tunes bellow from the beachside bandstand. The air is redolent with the scent of pine trees, hot sand, and aquamarine lake water. A group of black-clad Mennonite girls run, laughing, to the breakwater that shelters the beach. A lone goose cuts through the silver confetti of a seagull flock. It’s the summer tourist season in Port Elgin, Ontario, below the Bruce Peninsula on the windy shores of Lake Huron.

Port Elgin is one of three towns that make up Saugeen Shores in Bruce County, the other two being Saugeen Township and Southampton. The towns have several perfect white-sand beaches on Lake Huron and are close to MacGregor Point Provincial Park.

Founded in the 1850s, in its heyday Port Elgin was a bustling port before economic decline led to the development of tourism in the 20thcentury. In the 1950s, Hollywood stars moored their yachts in the harbor, and people danced the night away at the Cedar Crescent Casino or visited the racetrack—one of the biggest in North America.

Today, life is quieter. The community retains a pioneer feel with the simple main street layout of low-fronted shops. Elegant yellow-brick Victorian homes built by the original settlers and merchants line streets adorned with maple, cedar, and spruce trees. Port Elgin is actually known as “The Town of Maples.”

I wandered sun-dappled streets and laneways, taking in the architecture. The compact library was constructed in 1908 using an Andrew Carnegie grant. The Nodwell Indian Village Site Park sits on what was the Nodwell Farm and before that a palisaded Iroquois village from the 1300s. Some of the farms are still owned by Old German-speaking Mennonite families. When they come into town their mode of transport is often a traditional horse and carriage.

The Saugeen Shores area is dominated by the leisure industry, agriculture, wind turbines, and the Bruce Power Plant, which hosts free tours. Several walking tours of the area are available, and brochures on these can be found at the tourist information center on Goderich St.

For decades, Port Elgin has been noted for the vivid palette of its sunsets; the town has been voted one of the top 10 spots to watch a sunset in Ontario. Tourists and locals alike line the beach and that of nearby Gobel’s Grove to watch the daily summer twilight display. I found that star-gazing is also very good here.

We took the S.S. Trolley, a converted trolley on bus wheels, to Southampton where the Bruce County Museum & Cultural Centre is located. From here you can also take the seasonal boat to nearby Chantry Island, which boasts a nature reserve and an historic lighthouse.

Beyond Southampton is the Saugeen First Nation Reserve; “Saugeen” is the Chippewa word for “river’s mouth.” Along the coast road from Southampton are the Miramichi Bay mudflats, popular with birdwatchers during migrating season. It’s also an ideal spot for viewing sunsets. Alas, the mudflats are slowly sinking due to climate change. Port Elgin beach has installed dune grasses and boardwalks to lessen sand erosion.

Port Elgin has a marina next to the main beach, one of six white-sand beaches in the area, and there is a summer flea market. Beachside cafés, one of which is like stepping back into the 1950s, provide hot dogs, fries, and ice cream. There are cottages and cabins galore to rent, and other places to stay include campgrounds, trailer parks, hotels, motels, inns, and even yurts.

Autumn brings ploughing competitions and harvest festivals. Port Elgin’s Pumpkinfest was created in 1986 to extend the tourist season into September. It began small until the World Pumpkin Confederation’s blessing was granted and the International Weigh-Off became part of the Giant Pumpkin Commonwealth.

Now, 200,000 people attend the annual two-day event in Pumpkinfest Village, and there is so much more than the weighing of giant pumpkins and the measuring of giant vegetables. Music, obstacle courses, puppet wranglers, birds of prey demonstrations, a celebrity seed-spitting contest, the Cinderella Classic Car Show with its new Corvette Corral, and much more are all part of the festival, providing something for everyone.

As with all places, fortunes ebb and flow and changes come about as a result. There are plans afoot to make the Port Elgin waterfront more “aesthetically pleasing” to fit in with modern times. This may alter the character of the town, so I say visit Port Elgin this summer while it still retains echoes of its past and its rustic, small-town feel.

Undoubtedly, though, Port Elgin will always remain the town of sunsets and shores.

Elissa Michele Zacher has written for Ottawa Natural, Apt (an online literary magazine), and the Essence Poetry Journal, among others. She currently lives in England.