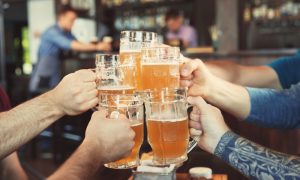 The Best Beer in America, According to Homebrewers
0
Share Now
TelegramFacebookTweetEmailTellMeWeReddit
Copy Link 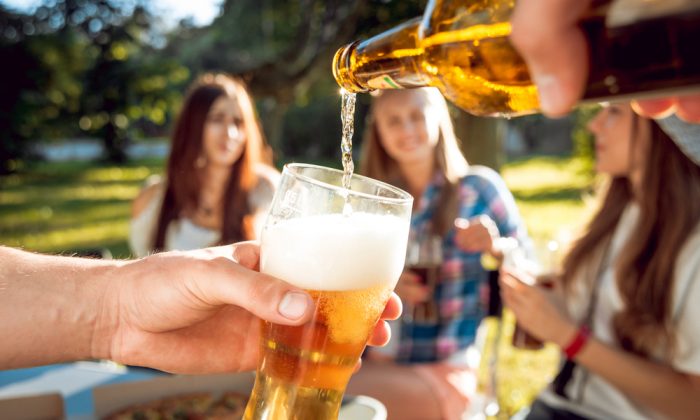 Summer by the Pint: Seasonal Beers to Drink Now

Summer is nigh and the beer gardens, rooftop bars, and sidewalk cafes are serving. While any beer can be made at any time—Oktoberfest arrives earlier and earlier each year it seems—the summer seasonal beers are likely invading the tap lists.

While there’s no law that says you can’t enjoy a stout such as Guinness in the warmer days, the truth is, drinkers gravitate toward lighter, more refreshing styles when the heat’s on, and craft brewers meet the demand. (As much as they also make the demand—if you brew it, they will drink.) Many of these brews offer a lower percentage ABV, which also makes for easy drinking.

Here are some styles to look for as the sun rides higher in the sky.

Sounds a bit like a Vaudeville act, but the names are English and German, respectively, and refer to the same drink: a blend of beer with a fruit juice or soft drink. Think of it as a beer cocktail in a can.

Radlers came about when a Bavarian innkeeper, overwhelmed by bicyclists on a summer day, was running out of beer. To stretch the supply, he cut it with lemon soda, and beer history was made. (Radler means cyclists in German.) A common mixer for the shandy is lemonade. The result in either case is a low-alcohol, sweeter drink. Steigl Brewing’s Grapefruit Radler hails from Austria but is fairly common in the U.S. market.

In addition to the usual malted barley, these beers include wheat in the brewing process. They are often unfiltered and cloudy, with very low bitterness levels. Weiss, Hefeweizen, and Witbier (the Belgian name) are all wheat beers. While the Germans use yeast that brings flavors of bananas and cloves, Belgian witbier yeast gives hints of fruit and spices that are accentuated by actual additions of coriander and orange peel.

Most breweries offer a wheat beer, and some of them are fruit-flavored. Each year, Michigan-based Bell’s Brewery announces the national release of their popular American wheat ale, which for many of us is synonymous with summer. This year, Oberon Day came on March 25th.

In Cologne, Germany, you can get this crisp, straw-colored, light-bodied, very slightly fruity brew year-round, but many American craft brewers have adopted it as well, sometimes reserving it for summer—and putting their twist on it. In the United States, these beers are “Kölsch-style,” as the Germans hold a protected geographical indication for the official designation. Even in Germany, to call it Kölsch, it must be brewed according to set parameters and within 30 miles of Cologne. You may find coffee or passion fruit Kölsch in the States, but that would never happen in Cologne.

Originally brewed in farmhouses in Wallonia, the French-speaking part of Belgium, saisons were traditionally a low-alcohol brew for summer field workers to stay hydrated without losing motivation. Unlike Kölsch, “saison”—French for “season”—was a catch-all term without strict style limitations. American craft brewers picked up the style and played with it, often raising the traditional three percent ABV into the five to six percent range. They generally have a fruity, spicy character to them from esters produced by the yeast, but some brewers actually add other seasonings. Saison Dupont from Belgium is a highly recommended example.

Sour styles of beers are the brewer’s answer to lemonade: Tart and refreshing. In Germany, the Berliner Weisse is served with the option of adding some raspberry or woodruff (a perennial plant) syrup to cut the acidity. Gose (rhymes with Rosa) is also a touch sour and adds a bit of salt. Both are wheat beers and often have a lower alcohol content.

All that said, to each their own! With all the selection available out there, there’s still room for pilsners and American light lagers. Some may call them “lawnmower beers,” but the crisp and clean taste of a well-made pilsner is summer itself, a ballparks-and-barbeques sort of thing.

Also look for “session beers,” or beers you can drink more than one of without having trouble mowing the lawn in straight lines. These are low-alcohol brews (under 5 percent ABV), and most brewers have at least one in their lineup.

And when grilling in the backyard, you might opt for a heavier, malty amber or Scotch-style ale. It’s summer, after all. Cheers to that!