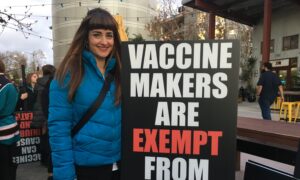 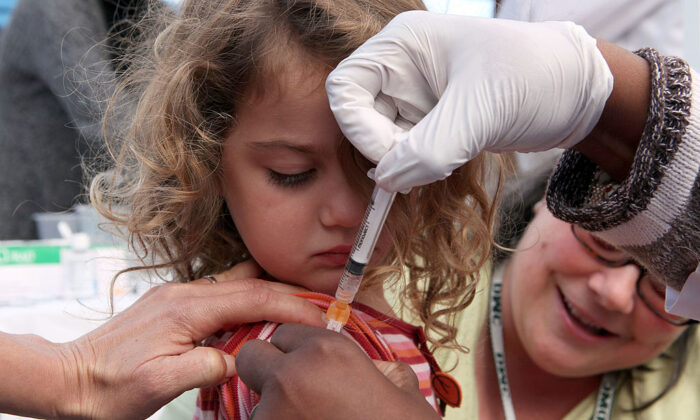 Study: Unvaccinated Children Have Better Health Than Their Vaccinated Peers

SANTA CLARA, Calif.—In a recent study, researchers found that children who were vaccinated in the early stages of their lives showed more health problems than their unvaccinated peers.

A peer-reviewed study compared the health outcomes of vaccinated versus unvaccinated infants and children across the United States.

In a sample of 2,000 boys and girls born between November 2005 and June 2015, the study found that vaccinated children showed a higher chance of developmental delays, asthma, ear infections, and gastrointestinal disorders later in their development.

Brian Hooker, principal scientist on the study and a professor at Simpson University in Redding, California, shared his findings with The Epoch Times.

He gathered the data from 2,000 children across three participating medical practices in the East Coast, Midwest, and West Coast. He made sure all the information was correctly identified and looked for patients who continuously followed up on medical practices from birth. About 69 percent were vaccinated, and 31 percent were not.

A bulk of the vaccines that the Centers for Disease Control (CDC) recommends for children are within the first year of life. Hooker thinks that is a lot at such a young age.

Motivation for the Study

In terms of what inspired him to work on this study, he said his 22-year-old son was vaccine-injured when he was 15 months old.

“He’s non-verbal, he’s severely developmentally delayed, and he has some of the conditions that we looked at specifically here, namely [developmental] delays and gastrointestinal disorder,” said Hooker.

He felt that there was never a direct comparison in medical practices of vaccinated versus unvaccinated children and their health outcomes.

“So I really felt like that was a big missing piece in the scientific literature, and I want to do my best … and hopefully encourage others to generate research of this kind,” he said.

He says every child is different, with different genotypes, exposures, and pregnancies, so children would react differently.

“I’m not anti-vaccine, but I’m definitely more against a one-size-fits-all program,” said Hooker.

As a scientist, he would recommend more research with the different diagnoses used in the study, and consider other biological factors that may contribute to the correlation.

“I would like to see those studies go forward so we can sort of piece this together and see,” he said. “Do we have causation? Do we have a causal relationship? And then we can move forward, and medical doctors then can start to make recommendations of how we might change the vaccination schedules so we can safely vaccinate children, protect against infectious diseases, but also avoid some of these chronic diseases as well.”

The study concludes that there is a correlation, but not necessarily a causation, so the relationship needs additional study.