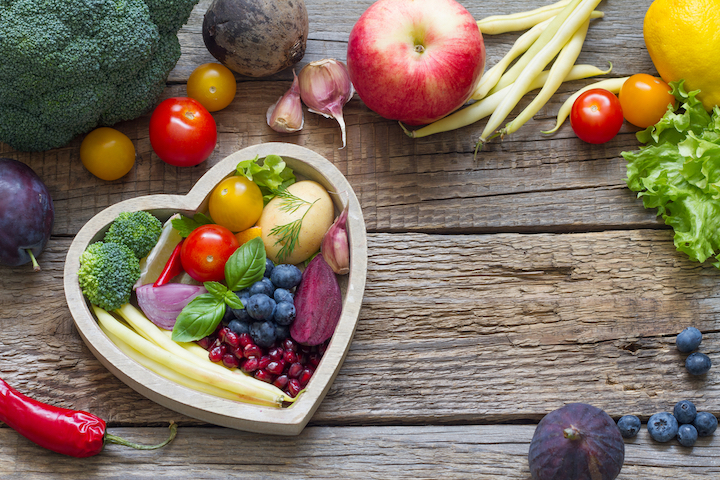 Clinical research shows us, yet again, the incredible power of diet.(Dreamstime/TNS)
Better Living

Studies have long found an association between consuming a healthful diet and better health, leading to a longer life, mainly from a reduced risk of cardiovascular disease, diabetes, and cancer. It has been estimated that dietary risk factors lead to 11 million deaths globally each year, making a poor diet the leading risk factor for death in most countries. Now, researchers from Norway have examined several studies and pooled the findings to develop a tool to estimate just how many years you may be able to add to your life by eating healthfully, if you make the dietary changes permanent.

The researchers, publishing in the journal, PLOS Medicine, found that making a long-term switch from a typical, so-called “Western diet” (typically high in pre-packaged foods, refined grains, red meat, processed meat, high-sugar drinks, and sweets) to an optimal diet starting at age 20 could theoretically increase life expectancy by more than a decade for women and by 13 years for men. That optimal diet is defined as rich in fruits, vegetables, whole grains, nuts, legumes, fish, and low in red meat, processed meat, refined grains, and sugar-sweetened beverages. In the study, the largest gains in predicted life expectancy were linked to legumes, whole grains, and nuts, and less red meat and processed meats.

The potential increase in years depended on when the switch was made. For older people, the predicted gains were smaller, but still substantial. The researchers used data from several studies plus data from a study dubbed the “2018 Global Burden of Diseases, Injuries and Risk Factors.” They calculated that making the optimal dietary change at age 60 could increase life expectancy by eight years for women and almost nine years for men. According to their calculations, gains can be had even if the switch is made at age 80 — three years for men and women. “Nutrition is life-long and doesn’t end at a specific age — while the benefits of nutrition change may not be as strong for older individuals, it is not zero,” says Colleen Rauchut Tewksbury Ph.D., MPH, RDA, CSOWM, LDN, a spokesperson for the Academy of Nutrition and Dietetics.

The study’s findings made headlines and provided a valuable addition to the existing body of research on how diet has the potential to affect lifespan. However, this wasn’t a clinical study in which the diets and lifespans of individuals would be examined and calculated. This is a model, which predicts lifespan based on the collective findings of several previous studies. Dietitian Rauchut Tewksbury says.

“While the study garnered a lot of media attention, it simply validated what health professionals already know. These findings confirmed long-standing recommendations.” Those recommendations include those from the 2020 Dietary Guidelines for Americans, recommendations from the American Cancer Society, the American Diabetes Association, and The World Health Organization. How much you might benefit, based on the model, depends on your current diet. Basically, the more unhealthy your current diet, the more you will benefit from making the change. If you’ve already taken steps to eat more healthfully, the additional benefits from switching to the “optimal” diet will, of course, be less.

What About Physical Activity?

While the PLOS study was valuable, it looked only at diet. Another recent study, published in the medical journal, The Lancet, evaluated 15 studies from Asia, Australia, Europe and North America and examined the number of steps people took per day in relation to illness and death. Taking more steps per day was associated with a progressively lower risk of death from all causes.

It stands to reason that switching to a diet rich in fruits, vegetables, nuts, legumes, and whole grains while lower in total meat and processed meat and walking between 6,000 and 10,000 steps a day could have a dramatic impact on life expectancy. Rauchut Tewskbury points out that while the PLOS study adds to what we know about diet and nutrition, it’s unlikely to be the last word. “We are continuously questioning and learning, which includes reassessing past recommendations.”

The researchers from the PLOS study have published their free algorithm online, https://food4healthylife.org so that anyone can calculate their own potential life expectancy gains, based on age, gender, and taking into consideration the permanent dietary changes they are willing to make.