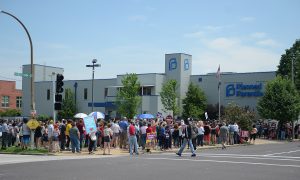 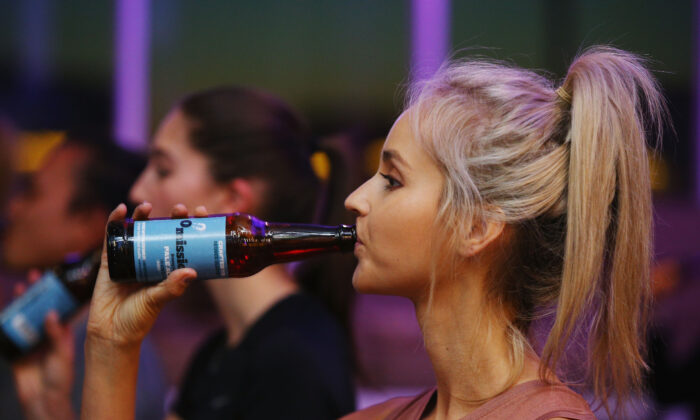 Women who both smoke and drink after the first 12 weeks of pregnancy have nearly three times the risk for late stillbirth. (Michael Dodge/Getty Images)
US News

Women who both smoke and drink after the first 12 weeks of pregnancy have nearly three times the risk for late stillbirth, according to a new study funded by the National Institutes of Health (NIH) and published online on Aug. 23.

Researchers in the Prenatal Alcohol in SIDS and Stillbirth (PASS) Network found that smoking cigarettes and drinking alcohol past the first trimester of pregnancy was associated with 2.78 times the risk of late stillbirth, defined as a fetal death delivered at 28 or more weeks, compared to those who neither smoked nor drank or stopped both before the end of the first trimester.

The researchers also confirmed what earlier studies had suggested, that pregnant women who continued to drink alcohol after the first trimester had a higher risk of stillbirth.

The ethnicities of the participants were 59 percent multiracial, 23 percent white, 17 percent American Indian, two percent Hispanic, and 0.9 percent other. In South Africa, multiracial was “defined as having ancestry from more than one of the populations that inhabit the region.”

According to a report (pdf) released by the United Nations, stillbirths were going down prior to the outbreak of COVID-19, “but the numbers were still enormous: 1.9 million babies were stillborn globally in 2019—that’s one stillbirth every 16 seconds.” That same year, there were 2.4 million neonatal deaths.

About half of all stillbirths occurred in six countries before the pandemic: China, India, Pakistan, Ethiopia, Nigeria, and the Democratic Republic of the Congo.

Access to quality health care during pregnancy and labor can prevent many stillbirths, with almost half occurring after labor begins.

“Over 40 percent of all stillbirths occur during labor—a loss that could be avoided with improved monitoring and timely access to emergency obstetric care when required,” the report said.

The incidence of stillbirths increased in several areas during the pandemic. Due to the lockdown, pregnant women didn’t go in for their routine prenatal checkup, which would have diagnosed any complications that could lead to stillbirth.

The largest observational study to report an increase in the number of stillbirths involved five months of data of over 20,000 women who gave birth in nine hospitals in Nepal. Stillbirth rate went up from 14 per 1000 total births before the lockdown (Jan. 1-March 20, 2020) to 21 per 1000 total births during the lockdown (Mar. 21-May 30, 2020). No cases of COVID-19 were reported in any of the pregnant women.