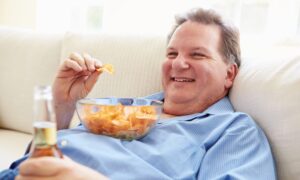 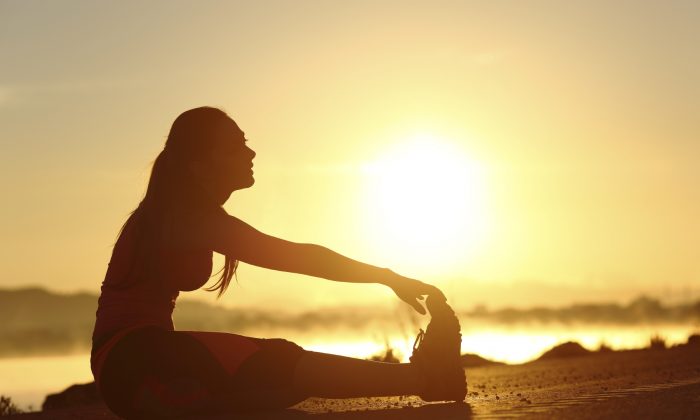 According to new figures from the U.S. Centers for Disease Control and Prevention, nearly half of all American adults have high blood pressure. High blood pressure (hypertension) is a leading risk factor for cardiovascular disease and among the top preventable risk factors affecting overall mortality.

Walking has long been suggested by physicians as a way to help reduce blood pressure. However, this new study has found a possibly better way to get the numbers down.

“Everyone thinks that stretching is just about stretching your muscles,” said kinesiology professor Phil Chilibeck a co-author of the study. “But when you stretch your muscles, you’re also stretching all the blood vessels that feed into the muscle, including all the arteries. If you reduce the stiffness in your arteries, there’s less resistance to blood flow,” he said, noting that resistance to blood flow increases blood pressure.

Previous studies have shown that stretching can reduce blood pressure, but the University of Saskatchewan research is the first to show walking in a head-to-head comparison against stretching. For the study, researchers assigned 40 older men and women with an average age of 61 into two groups.

Over an eight-week study period, one group did a whole-body stretching routine for 30 minutes a day, five days a week. The second group walked briskly for the same amount of time and frequency. All participants had elevated blood pressure, or stage 1 hypertension, at the start of the study.

The gold standard for accurate blood pressure measurements was used to evaluate the findings. This included measuring participants’ blood pressure while sitting, lying down, and over 24 hours using a portable monitor.
Chilibeck and his colleagues were able to conclude that stretching resulted in bigger reductions in blood pressure across all three types of measurements. One difference that was noted was that the walkers did lose more body fat off their waist in the eight-week study.

The study protocol had participants stretching for 30 minutes, but researchers believe that the same benefits can be achieved by doing a shorter routine that emphasizes the larger muscle groups in the legs, particularly the quadriceps and hamstrings.

Chilibeck explains: “The beauty of stretching is that it’s so easy to incorporate into a person’s daily routine. You’re not at the mercy of the weather and it’s easy on your joints—a big plus for people with osteoarthritis. And it doesn’t require a big commitment of time, another barrier to exercise for many people.”

While this study outlines the benefits of stretching, it also showed that walking was able to reduce dangerous body fat off the waist. Because of this, researchers believe that people who wish to lower high blood pressure should continue to walk as a primary exercise, but to add in some stretching techniques.