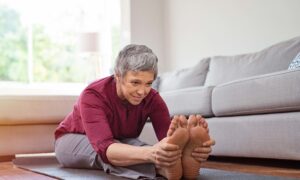 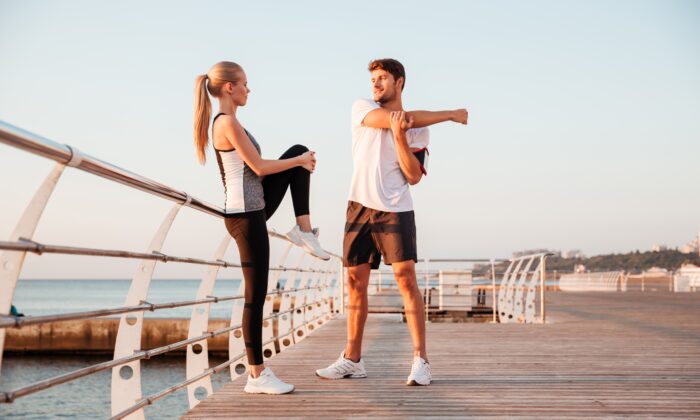 Stretching Can Increase Your Tolerance for Pain

The discomfort caused by stretching may trigger a reaction that reduces back pain, research suggests
By Hugo Massé-Alarie
biggersmaller
Print

To stretch or not to stretch?

Should you do it before or after exercise? Does it prevent or heal injuries? Stretching is always a hot topic. However, while it’s effective in improving flexibility, its usefulness in reducing pain is being questioned.

Back pain is one of the most prevalent health conditions in our society. Up to 80 percent of the population may suffer from it at least once in their lifetime. Many sufferers don’t improve after treatment. What makes treatments work or not? Answering this question could improve the quality of life of millions of people.

Health care professionals, including physiotherapists, often prescribe exercises, such as stretching, to reduce pain. It has long been accepted that stretching provides pain relief by increasing range of motion and decreasing muscle tone or tension, which gives the impression that there is less pain.

However, this perceived pain relief is rarely found to be directly associated with pain reduction. In fact, a recent study showed that increased flexibility was actually associated with a greater tolerance for pain, which occurs during stretching. It’s possible that stretching actually impacts pain perception by activating the areas in our central nervous system that modulate pain.

I am a professor in the physiotherapy program at Laval University and a researcher at the Centre for Interdisciplinary Research in Rehabilitation and Social Integration (CIRRSI) at the university. Together with students from Laval University and McGill University, I have just published new research on the effect of stretching on pain sensitivity: “Stretch-induced hypoalgesia: a pilot study” in the scientific journal Scandinavian Journal of Pain. Hypoalgesia is a decreased sensitivity to painful stimuli. Hypoalgesia can be induced by drugs, or be something as mild as rubbing a stubbed toe to make it hurt less.

For the study, we recruited 22 healthy adults who didn’t suffer from back pain. Each participant was asked to perform a stretch of the lumbar region (lower back), followed by a stretch of the forearm muscles. Participants were instructed to hold each stretch for three minutes to produce a moderate stretching sensation.

Before and after each exercise, we measured the pain sensitivity threshold for a muscle of the lower back (erectors of the lumbar spine) and a muscle of the forearm (wrist flexors) using an algometer.

An algometer is a measuring instrument equipped with a sensor that calculates the pressure required to produce a sensation we call a pain threshold. This way we can measure the modulation of pain sensitivity, or the change that stretching has on a pain threshold.

We calculated the modulation for each stretch on the extended area and on an area distant from the stretched muscles. A change recorded in an area remote from the stretch would suggest that the regions of the central nervous system that involve pain control were activated, and therefore that the stretch had a systemic effect.

We observed that both stretches produced hypoalgesia. As a result, participants could tolerate more pressure before reaching the pain sensitivity threshold. In other words, after the participants performed the stretches, the experimenter had to apply greater pressure to produce pain.

The Brain Plays a Role?

These forms of exercise have received much more attention from the scientific community than stretching has, with some groups of researchers attempting to determine what mechanisms are at work. For example, it has been suggested that exercise-induced hypoalgesia involves the activation of—and interaction between—the opioid system (which includes three opioid receptors in the brain) and the endocannabinoid systems, which control pain.

In a recent review of research published in The Journal of Pain, the authors suggested that exercise-induced hypoalgesia could be explained by the unpleasant and even sometimes painful effect of these exercises. Indeed, we know that activating nociceptors (pain receptors) induces hypoalgesia by triggering systems that modulate pain, including opioids.

For example, holding a hand in a bucket filled with cold water produces an intense pain that induces systemic hypoalgesia. It’s possible that similar mechanisms could also explain our results, since stretching produces a sensation that is sometimes unpleasant and even painful.

The remote, and therefore potentially systemic effects, were only present following back stretching. We believe that stretching the back could involve stretching a larger mass of structures (muscles, ligaments, tendons, skin) than stretching the wrist, and could therefore produce a greater effect. These hypotheses should be tested in future studies.

Stretching Is Not a Panacea

The immediate benefits of stretching in people with back pain could be explained by the fact that regions in the body involved in pain modulation were stimulated. Exercise can also induce hypoalgesia. However, many people with chronic back pain benefit less from the hypoalgesia that is usually induced by exercise. This could be explained by differences in the functioning of regions in the central nervous system that are involved in pain control.

Back stretches may not benefit everyone who suffers from back pain. Severe back pain that persists over time is usually multifactorial, so general management by a health care professional, such as a physiotherapist, may be necessary to reduce or control the pain. Stretching is only one of the treatment tools available to improve one’s health condition and it isn’t a panacea.

Hugo Massé-Alarie is an assistant professor of physiotherapy at Université Laval in Canada. This article was first published on The Conversation.