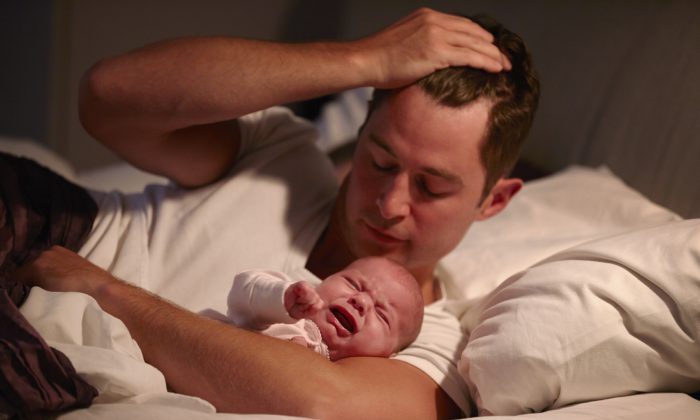 Stressed? Meditation or Some Quiet Time Alone May Help… If Only You Can Find the Time!

After a few relatively manic weeks at work, I was recently unpacking the dishwasher contemplating the new, easier phase of life that my husband and I were about to enter. Both of us had spent the last six months attempting the stressful and impossible juggle of family and part-time work .

With the end of year in sight, we had finally reached a point where we were generally making it through the night without being woken by one (or all) of the three kids. Three-year-old Max had moved and settled into his new kinder. Susie seemed to be doing all the things that grade-one kids do, while at the same time mindlessly and incessantly plaiting and re-plaiting her hair.

…and as for Joe, where was Joe?? I had watched him toddle out the kitchen door and up the hallway a few seconds ago.

A distant giggle gave me some warning that he was probably up to no good, but I still got a hell of a shock when I opened the door to find my 1-year-old standing in the toilet. Wearing his new sandals from Granny, little Joe saw my expression of horror and started stomping and splashing the toilet water laughing hysterically. For a few seconds I debated whether it would make me a terrible mum if I left my son standing in the toilet to go get my camera. I decided it would.

As I sat in the garden hosing the toilet water off Joe, Max and Susie came running outside screaming about something. I don’t remember what they were arguing about because it wasn’t important. It’s never important. As soon as they saw me with the hose they started fighting over that.

So much for entering the next “easier” phase of my life!

Stress and Some Solutions

I think most people would share my view that life is not always as relaxing as you might like it to be (with or without kids). I wouldn’t often consider myself stressed, but if I had to place myself on a stress spectrum, I would be a fair distance from the relaxed and clear-minded end of things.

In one of my final lectures of the year I talked about stress: a biological response triggered by the perception of a threatening or negative situation. The interesting thing about stress is that it is undoubtedly “a real thing.” The heart beats faster, the skin sweats more and activation patterns of the brain change. Yet at the same time, these effects are driven by perceived or expected threats. This is quite distinct from the bodies response to the actual physical trauma or negative life outcome (such as pain and bleeding or starvation).

The horrible feelings associated with stress are the necessary and common response that evolved to motivate us to avoid dangerous or negative situations. Whether the threat relates to physical harm, social isolation or financial hardship a critical component of a stress experience is the perceived (real or not) lack of control over the stressor.

If we can’t control the aspects of our life that cause us stress, then we can at least try to reduce the impact these events have on us.

We can’t really turn off our children (at least not without turning on a screen or other technology) or the demanding boss. So if we can’t control the aspects of our life that cause us stress, then we can at least try to reduce the impact these events have on us.

One method of stress reduction that has been growing in popularity is meditation, which is reported to have a range of mental and physical health benefits. I am not a regular meditator myself, but I have previously researched the effects of meditation on visual perception and I continue to be interest in the science of meditation.

I believe that meditation is likely to be driving important and interesting changes to the brain specifically and to the individual more generally. I have therefore been surprised to see that most properly controlled studies are showing either very small or no effect of meditation in a range of contexts (based on structured 2-3 month programs).

While the lack of clear positive effects might sound like bad news, a closer look at the findings provides some reason for optimism. The critical point is that the measured benefit of meditation programs is decreasing as greater efforts are made to create better control/placebo conditions to compare meditation against.

Stress might be reduced by a strategy that interrupts or replaces this perceptual focus.

In the earliest studies, meditation was compared against nothing. Now it is being compared against other similarly structured programs that require the individual to actively and purposefully disengage from their daily life activities (work, family, TV, email, etc). These sessions normally involve calm activities such as listening to music or relaxed sitting.

My assumption (this has not been formally tested to my knowledge) is that it is not enough to experience enforced boredom, as nobody would expect to feel better after being stuck alone at the airport for hours. However, the regular and purposeful disengagement from the daily grind of life – whatever that means for you – seems to help.

From a neurobiological perspective, this makes some sense if we remember that stress arises largely from being in a persistent state of perceived threat. It follows logically that stress might be reduced by a strategy that interrupts or replaces this perceptual focus. The extent to which it matters whether one’s mind is occupied by the rhythm of breathing, some calm music or the rolling waves of the ocean, remains an open question.

Of course while this all sounds good in theory, it can be easier said than done. I have to confess that while I firmly believe I would benefit from meditation or any other purposeful disengagement from daily goings-on of the world, I rarely do it. I just never seem to have the time!

To be honest, I wonder if the conscious prioritisation of your own mental and physical health, along with a commitment to take control of your life “to make time,” is half the battle won.