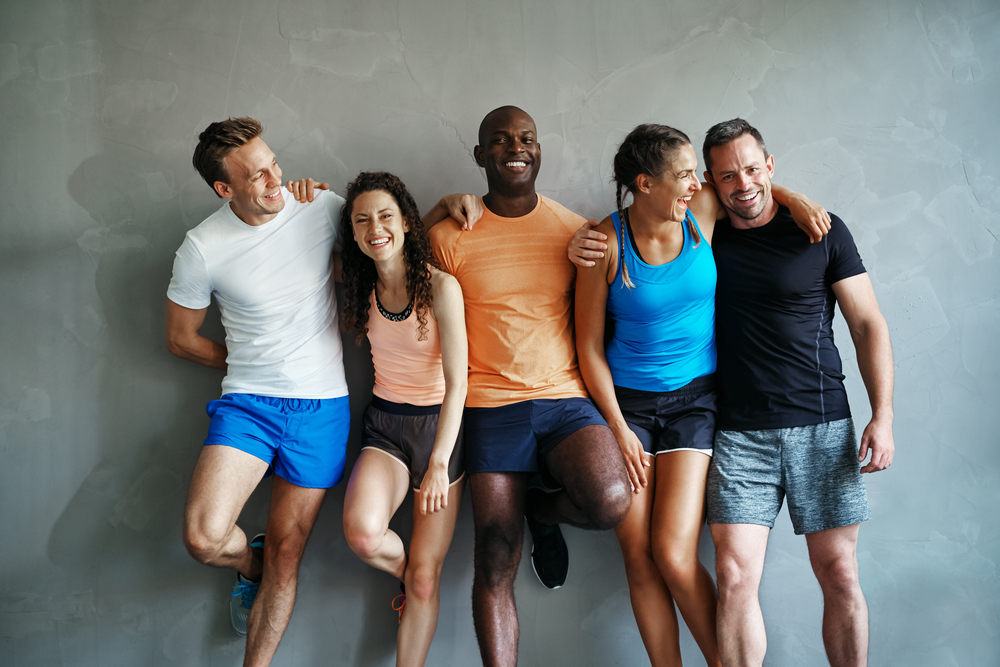 It’s January, so many of you have likely set goals to be more physically active or less stressed in 2018. However, a better goal may be to stop worrying about how much exercise you’re getting and how stressed you are.

A recent study of more than 60,000 American adults examined the link between perceptions of exercise and mortality. The researchers found something curious: People who worried about being less active than others were up to 71 percent more likely to die in the follow-up period 21 years later, regardless of their actual levels of physical activity or overall health.

Inversely, believing you are getting enough exercise can lead to better health. In a study conducted by Harvard University, a group of hotel workers was told that their daily work fulfilled recommended exercise guidelines. A second group—the control group—was not given this information. After just one month, people in the informed group showed significant health improvements, including a 10-point drop in systolic blood pressure and two-pound weight loss. The waist-to-hip ratios also improved and so did the body mass index. All of these changes were significantly greater than those of the control group.

It is a commonly held belief that stress is bad for you, but the evidence is not clear-cut. For example, a 2016 study of more than 700,000 women in the United Kingdom, found that self-reported levels of stress had no direct effect on mortality.

Similar to what has been found with activity levels, how you perceive or think about stress may be as big a problem as stress itself. A number of studies seem to support this idea.

In a large study spanning nine years, researchers explored the role of stress and its impact on health and mortality. In this study, the researchers not only explored people’s levels of stress but also their beliefs about stress being dangerous to health.

Interestingly, those who reported high levels of stress but who did not believe their stress was harmful, had the lowest mortality rates, even compared with those who had less stress.

What links both these areas of research is the idea that your mindset may be very important in influencing both the positive and negative effects of stress and exercise. So how can you change your mindset?

A starting point with exercise is to give up worrying how much physical activity you are doing compared to others. This is particularly important if your comparisons are based on unrealistically high standards, such as those often portrayed on social media.

Follow public health guidelines on appropriate levels of physical activity. But remember to praise yourself for the exercise you do get, and don’t punish yourself for not doing enough. This may increase your motivation and provide a range of physical health benefits—as with the hotel workers.

With regard to stress, you need to stop thinking of psychological stress as being directly dangerous, particularly if you are stressed, as it is the perceived effect on health that is linked to increased mortality. When people worry about stress being dangerous, it can lead to a range of behaviors that can be much more dangerous, such as smoking, binge eating, and excessive alcohol consumption.

Two approaches may be helpful here: First, don’t worry about stress being bad for you. Worry only heightens a sense of threat and strengthens the belief that stress is dangerous. By choosing not to worry, you can greatly reduce the stress you may have about stress. This may also reduce your desire to engage in unhealthy lifestyle choices.

Second, accept stress as a normal part of life and a natural survival mechanism for dealing with threats. It has been shown that when people shift to seeing stress as enhancing rather than debilitating, it can result in more positive outcomes.

A change in perception and a reduction in worry may be the most beneficial goals to strive for this year.

Robin Bailey is a senior lecturer in psychological therapies at the University of Central Lancashire in England. This article was originally published on The Conversation.