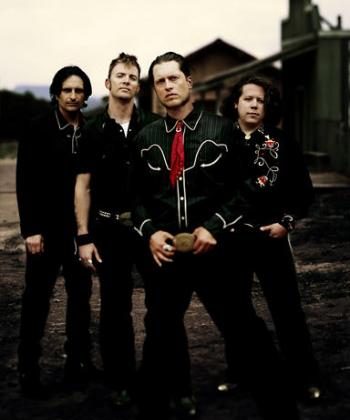 Country music has long been an icon of American society telling southern stories of traditional values, family, and a hard day’s work through sounds rooted in folk, blues, gospel, and Celtic music.  Country music first started it’s long and unique evolution in the 1920’s and is known for incorporating a barrage of different instruments including steel guitars, banjos, mandolins, harmonicas, drums, and fiddles.

As the 1950’s saw a rise in popularity with the rock and roll/country music offspring of rockabilly, another country sub-genre was brewing in Bakersfield, California.  “Bakersfield Country” or what many refer to as the “Bakersfield Sound” was an edgier counterpart to the smooth strings and production style akin to the music coming out of Nashville, Tennessee at that time.  The Bakersfield Sound era featured artists such as Merle Haggard and Buck Owens who played and popularized Fender Telecaster guitars making them a staple for the genre.

“I want to hear some country music cranking loud on the radio/ I want to hear something slow,” sang front man Timbo (think Johnny Cash meets Queens of the Stone Age leader, Josh Homme) in one of the band’s opening tracks, Time to Burn.   The band fulfilled Timbo’s earlier wishes adjusting the tempo up and down throughout the set, playing catchy, positive tunes about life, love, and loneliness, and giving shout outs to the workingman.

Greg McMullen brought the guitars and he brought more than just one.  Each song called for something different a little different as McMullen switched from his telecaster to a pedal steel which he sat down to play and which provoked the most unique sound.  Percussion was simple and precise played on a two piece set by Kellii Scott ranging from a steady “train’s a comin” beat on the snare, to a slower booming thump on his oversized kick drum.

The Speedbuggy performance was a welcome throwback to traditional country music with influences from the 1950s and 1960s and channeling country greats such as, George Jones and Wynn Stewart.   The performance shed anything contemporary and achieved moments of a truly grassroots country experience.

Bassist Brady Sloan commented after the show, “Country music is for everybody.   Everybody works and we understand the struggles of the workingman.  We understand what it’s like to work a 12-hour shift.  Speedbuggy are trying to bring a message—we’ve been there and we’re right there with you.”