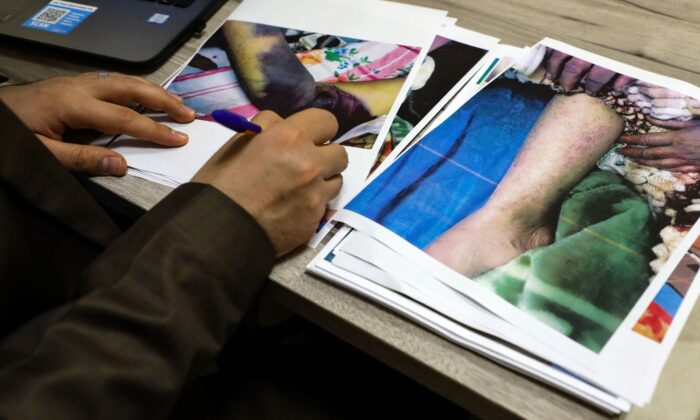 MADRID—A middle-aged man has been admitted to hospital in Spain’s Castile and Leon region after being diagnosed with Crimean-Congo haemorrhagic fever (CCHF), authorities said on Thursday.

The disease, which has a fatality rate between 10n percent and 40 percent according to the World Health Organization (WHO), was first detected in Crimea in 1944.

It is often found in Africa, the Balkans, the Middle East, and Asia and more rarely elsewhere in Europe. It can transmit between humans by close contact with blood or bodily fluids, the WHO says.

In the latest Spanish case, the man was first admitted to a local hospital in the northwestern city of Leon when he showed symptoms of the disease after being bitten by a tick, and was later transferred to another hospital on a military plane on Thursday, the Defense Ministry said.

“He has a tick bite and remains in a stable condition, despite the clinical severity that this pathology implies,” local health authorities said in a statement.

Tickbites or contact with animal blood or tissue are frequent causes of the disease, which generates symptoms including fever, muscle ache, dizziness, sore eyes, light sensitivity, vomiting, and a sore throat in the early stages and can lead to organ failure and internal bleeding.

Spain detected its first case of CCHF in 2011 and a Spanish man died in 2016 after being diagnosed with the disease following a tick bite.