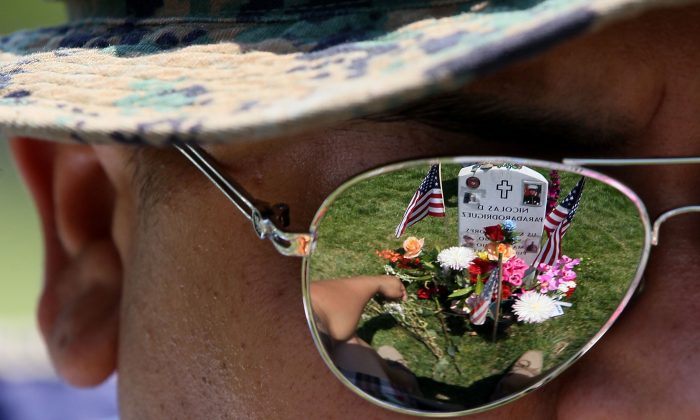 Some Vets With PTSD Are Aging Too Fast and Too Soon

We’ve all heard of people “aging overnight” after a traumatic event. Scientists actually have a term for this phenomenon: Marie Antoinette Syndrome, named for the French queen. When she was captured after fleeing Paris and sentenced to death by guillotine, observers claimed her hair turned white from shock.

While accounts of the queen’s hair may be simply legend, scientists have long suspected that chronic psychological stress—triggered by events like war, abuse, or imprisonment—may accelerate aging, leading to early onset of age-related disease or even premature death.

Now, two new studies report significant links between post-traumatic stress disorder (PTSD) in veterans and accelerated aging. Many vets with PTSD are aging too fast, at a surprisingly young age.

“We’re seeing evidence, on multiple levels, of accelerated aging among very young veterans—people in their early 30s,” says lead author Erika Wolf, assistant professor of psychiatry at the Boston University School of Medicine and a clinical research psychologist at the US Department of Veteran Affairs’ National Center for PTSD. “These could snowball into major health problems down the road.”

“The idea that traumatic events can have a physical effect on people has been around for a long time,” says senior Mark Miller, associate professor of psychiatry. “Observations suggest that traumatic stress starts a cascade of biological consequences that can produce visible signs of aging. More recent research shows how this is happening on a cellular level, and for the first time we have the methods to actually see it in a person’s DNA.”

The first study, published online in the journal Psychoneuroendocrinology, used new tools for examining DNA for signs of aging and comparing it to a person’s actual age.

The tools, developed in 2013 by scientists at the University of California, Los Angeles, and the University of California, San Diego, look at specific areas of a person’s genome and note how they are methylated—tagged with a tiny molecule of one carbon and three hydrogen atoms, known as a methyl group. Methylation is one of the primary ways that the body switches genes on and off, and certain patterns of DNA methylation correlate to a person’s chronological age.

For the study, Wolf examined data from 281 veterans, studied at the VA’s Translational Center for TBI and Stress Disorders (TRACTS) database. TRACTS has collected health information—including brain scans, blood tests, and the results of comprehensive psychological exams—from 450 veterans who have been exposed to trauma. She found small but significant evidence that veterans with PTSD had accelerated aging of their DNA.

Other Side of the PTSD Puzzle

“As we age, what we see in the DNA is a lot of ‘flip-flopping’—regions that are methylated become unmethylated, and vice versa,” says Wolf. This pattern appears across genes involved with cell death, cardiac function, neurogeneration, and other cellular processes. “There’s a lot of variability, but it makes sense that they are involved with aging.”

The second study, published online in the journal Biological Psychiatry, examined broader, age-related health consequences of PTSD. Specifically, Wolf looked at metabolic syndrome—a constellation of symptoms including obesity, high blood pressure, abnormal blood lipids, and high blood sugar that can contribute to Type 2 diabetes, coronary artery disease, and even neurodegenerative diseases like Alzheimer’s. Metabolic syndrome is elevated among veterans, says Wolf, with an estimated 25 percent affected. That number may be as high as 40 percent among people with PTSD.

The profound biological changes that accompany PTSD affect not just the mind and memory, but the whole body.

Wolf wondered exactly how PTSD correlated to metabolic syndrome, and whether the two together led to reduced cortical thickness—a shrinking of specific brain areas responsible for things like emotional regulation and memory.

Wolf hopes to continue the research looking at longitudinal data, so she can see how this accelerated aging proceeds over a decade or more. She also wants to expand the research to include Vietnam veterans, who could provide an even longer-term view.

The findings are significant, says Wolf, because they highlight a problem—metabolic syndrome—that is not usually considered in treating PTSD and is “ripe for intervention.” Furthermore, says Miller, they suggest that clinicians may need to expand their repertoire of treatments for PTSD to target sleep, diet, and exercise.

“Traditionally, treatment for PTSD involves psychotherapy that focuses on the memory of traumatic events,” adds Miller. “That’s an undeniably relevant and important part of treatment. But these studies are suggesting that the clinical picture of PTSD is much bigger than a problem with somebody’s memory. The profound biological changes that accompany it affect not just the mind and memory, but the whole body.”

This article was previously published by Boston University.  Republished via Futurity.org under Creative Commons License 4.0.