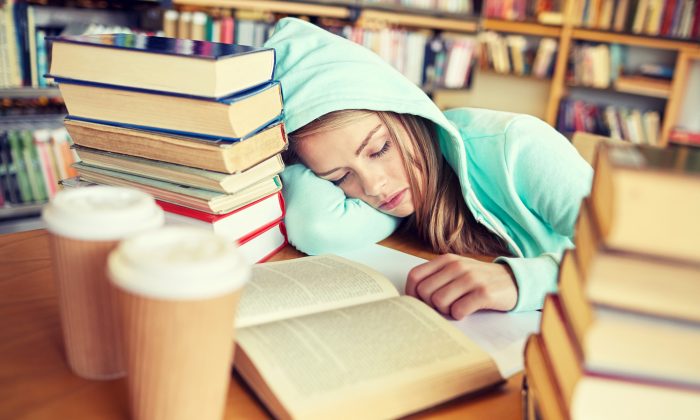 “The American Academy of Sleep Medicine recommends that teens between 13 and 18 years of age should sleep 8 to 10 hours per night on a regular basis to promote optimal health,” lead author of the new AASM position statement Dr. Nathaniel Watson told Reuters Health in an email.

“Biology and school start times may share the blame for teen sleep loss. A natural shift in the timing of the body’s internal ‘circadian’ clock occurs during puberty, and as a result, most teens have a biological preference for a late-night bedtime,” said Watson, a sleep specialist at the University of Washington in Seattle.

Later school starts have been associated with less depression and anxiety.

Students also have a higher risk of being involved in a car accident when they’re sleep deprived, they note. About 35 percent of teen deaths are due to car accidents.

Reaction times are improved and delaying school times by one hour could potentially reduce car crashes by approximately 16 percent, the authors write.

Watson said kids could also take steps to improve their sleep such as identifying a consistent bedtime that allows them to get at least eight hours of sleep and making a goal to be in bed with the lights out by bedtime each night.

Students should set bedtime alarms to remind them when it is time to get ready for bed, power down all electronic devices at least 30 minutes before bedtime and put their cell phones away at night, Watson said.

“If parents notice their child is having extreme difficulty waking up on time for school, or experiencing significant daytime sleepiness, they should consider scheduling a consultation with the adolescent’s primary care provider or a sleep medicine specialist to evaluate for a sleep disorder, regardless of the student’s school start time,” he said.

“The nation’s leading organization for sleep professionals has added its voice to that of other health advocacy groups such as the AMA, AAP, AACAP, CDC and American Psychological Association in support of healthy school start times for middle and high school students,” Dr. Judith Owens told Reuters Health in an email.

Owens, who is the director of the Center for Pediatric Sleep Disorders at Boston Children’s Hospital, wasn’t involved in the AASM position statement but she was lead author of a similar policy statement published by the American Academy of Pediatrics in 2014.

“Parents and local school boards can work together to implement high school start times that allow teens to get the healthy sleep they need to meet their full potential,” Watson said.

How Much Sleep Do You Actually Need? It Might Surprise You
TOP NEWS