Shen Yun Worth the Wait 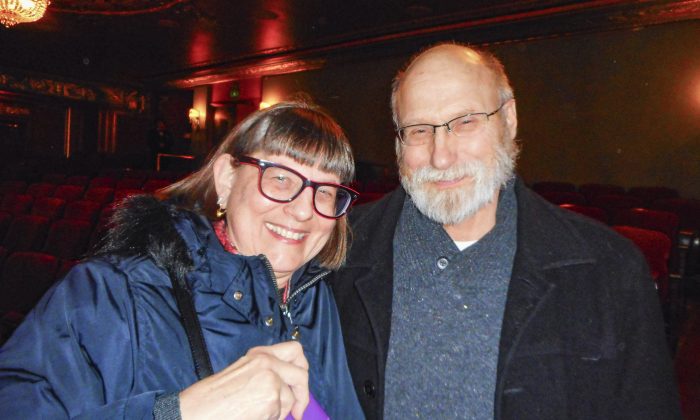 PITTSBURGH—Sandy Ball has a funny story about seeing Shen Yun Performing Arts. She’d asked her husband for tickets for her birthday last year, and he bought them. Then they forgot to come.

“So this year he’s making up for it,” she said on March 5 at the Benedum Center.

New York-based Shen Yun has just performed its first of three performances in Pittsburgh, one of more than 130 stops on the company’s 2019 world tour. Six equally large companies travel across four continents to showcase traditional Chinese culture through music and dance.

“I love it,” said Mrs. Ball, who works as a pianist for ballet classes at Point Park University, just down the street from the beautiful Benedum Center.

Shen Yun is almost synonymous with classical Chinese dance, which serves as a way to present China’s 5,000 years of civilization. It’s a dance system known for its grace as well as its exuberance and athleticism.

“All the dancing is wonderful,” Mrs. Ball said.

The dancers are required to perform jumps, leaps, spins, and flips—sometimes in succession, such as a series of consecutive split jumps.

“Absolutely beautiful,” Mrs. Ball said, commenting on all the facets of the evening’s performance coming together: the costumes, the backdops, and orchestra. “Everything.”

As a musician, Mrs. Ball recognized that among the instruments of the Western orchestra were some Chinese instruments.  The pit contains the pipa, a Chinese lute; the gong; and the erhu, a two-stringed “Chinese violin.”

One of the most important and distinctive of Chinese instruments, the erhu is also one of the oldest, with a history of more than 4,000 years. It has only two strings, yet it’s so expressive and poignant that it can sound like the human voice.

“The erhus, I love them. I’ve actually have done some performances with an erhu player, so I’m familiar with the instrument, and I just love that sound,” she said.

Mrs. Ball also focused on the singing, appreciating both the tenor and soprano, who performed original Chinese songs in the traditional bel canto style.

“The soprano, the voices, are beautiful,” she said.

The difficulty of maintaining correct Chinese pronunciation, yet having the tone flow freely is a difficult skill to master, according Shen Yun’s website.

“Their voices are just beautiful and very expressive. … Just a good presence,” she said.

By presence, Mrs. Ball meant something deeper than just stage presence or confident poise on stage. By presence, she meant a feeling of the soul.

She absolutely felt the divine nature of the ancient Chinese culture coming through the singers.

For thousands of years, Chinese people considered their land the Celestial Kingdom and believed in the divine, as embodied in the teachings of Buddhism, Taoism, and Confucianism. These beliefs spawned values and morals that guided ways of thinking and conduct for millennia. Such values included righteousness, benevolence, loyalty, and truthfulness.

And it wasn’t just in the singing that Mrs. Ball felt the touch of the divine.

“It’s also reflected in the flowing nature of things, the silk, the colors, the golds, the blues, in harmony [with the] surroundings to the divine. Very much, very much,” she said.

As for missing Shen Yun last year and having a whole year to anticipate the performance, was the wait warranted?

“I am not disappointed in them,” she said. “It was absolutely beautiful.”