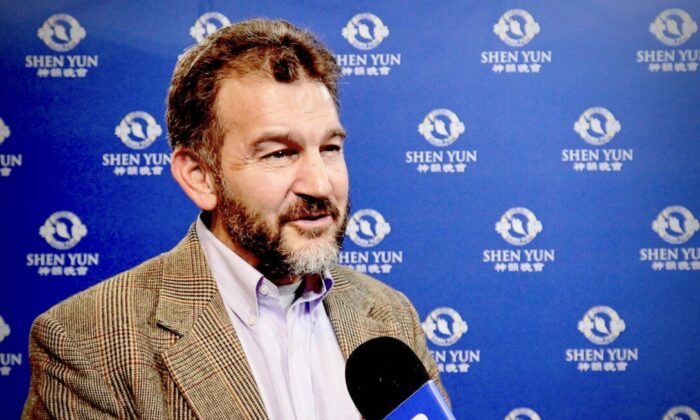 FAIRFAX, Va.—Virginia State Senator J. Chapman Petersen has always been interested in Asian cultures. And on the eve of the Lunar New Year, he was able to celebrate a revival of traditional Chinese culture with his wife and youngest daughter attending Shen Yun Performing Arts at the George Mason University Center for the Arts on Jan. 21.

New York-based Shen Yun shows the cultures of China that can no longer be openly expressed in China today, under the current communist regime.

Through classical Chinese dance and music, Shen Yun’s mission is to present 5,000 years of China’s divinely inspired culture. In other words, “China before communism.”

“It’s just so much activity and athleticism. The dancers are such great athletes, and the women are so beautiful, and the beautiful costumes, and it’s very colorful. I love the colors. And the sets are amazing,” he said. “[The tenor] was awesome. The way he was singing, it almost brought tears to my eyes. He had so much effort, so much emotion, and it was really wonderful.”