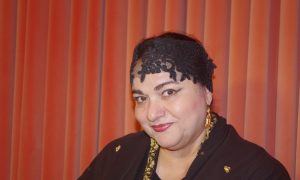 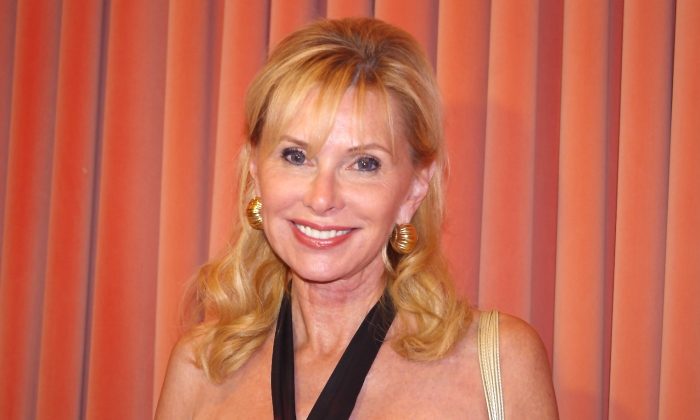 “You just feel like you are transported, and I had a long day at work,” said Ms. Berk. “And for me to come and be entertained like this was really delightful.”

Ms. Berk’s works includes Bandits, a feature film with Bruce Willis, Billy Bob Thornton, and Cate Blanchett, which was nominated for two Golden Globes. She is currently working a movie based on the television show Baywatch.

She saw the performance and the music of the Shen Yun Symphony Orchestra as reaching beyond just the theater on Friday night.

“I’ve produced a lot of independent movies and I try to have a global sense of what’s going on and I truly believe that music is the dialogue. Music is culture. Music is peace. Music promotes dialogue between all nations and I’m so impressed with the program tonight,” said Ms. Berk.

The orchestra normally performs with Shen Yun Performing Arts, a company whose mission is to revive China’s traditional arts and share its beauty with the world. Last year was the first time the orchestra played on its own, and this year it is on a seven-city tour across the United States.

In addition to original pieces composed for the orchestra, the orchestra also performs a few works from the Western classical repertoire.

“[Shen Yun Symphony Orchestra] had Beethoven, Tchaikovsky, and … had these wonderful Chinese compositions and different conductors and also having the opera singers mixed in and I think the blend was so perfect,” said Ms. Berk.

“I think there was something for everyone. I think everyone’s voice was heard,” she said.

“Every piece of music touched something in someone’s heart tonight. So I know many, many pieces of music just moved me. It was just really, really remarkable. I’m coming back.”

The orchestra is unique in its use of both Eastern and Western instruments, as well as combining Chinese melodies and melodic style with Western harmonic arrangements.

Ms. Berk, who comes from a musical family, was also impressed with the musicianship of the performers. She said she would tell the musicians “Congratulations. You’re absolutely brilliant—all of you. I commend you on a brilliant performance and I can’t wait to hear more.”

“Remarkable. Truly remarkable,” she said of the level of skill of the performers. “And the two girls that did the flute duet together—that is so difficult to have that kind of unity with that instrument. It was really breathtaking.”

The producer also made it clear she was looking forward to future performances.