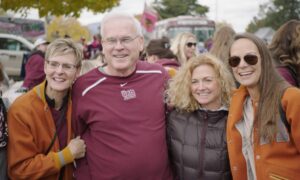 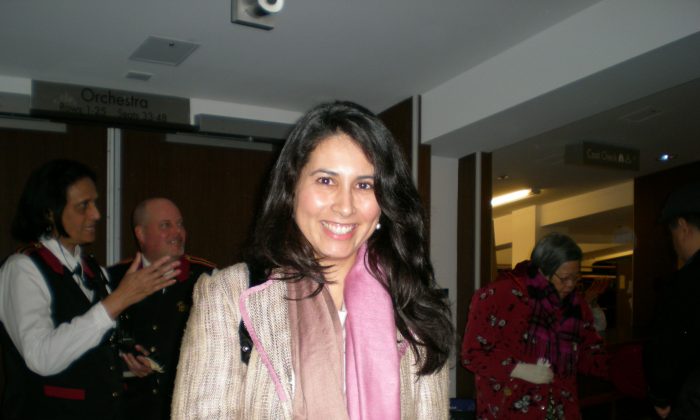 VANCOUVER—Professional photographer Shari Riley has spent a lifetime cultivating an eye for beauty, so it was no surprise she found a lot to love about Shen Yun Performing Arts—the world’s premier classical Chinese dance and music company.

Ms. Riley attended the Jan. 17 matinee performance at Queen Elizabeth Theatre and said it was “spectacular.”

“I thought the dancing was really beautiful,” she said. “I really liked the performance.”

New York-based Shen Yun is on a mission to revive 5,000 years of divinely inspired Chinese culture, through the performing arts.

According to the Shen Yun website, classical Chinese dance has a history of thousands of years and has gathered wisdom and influence from each era and dynasty. A complete system of dance, it embodies traditional aesthetic principles and is made up of three components: bearing (inner spirit), form (method), and technical skill—including highly difficult jumping, leaping, turning, and flipping techniques.

“There is beautiful intricacy in both the movement and then in the combination of the costumes and how they’re integrated into the pieces,” observed Ms. Riley.

She also noted the traditional Chinese values—influenced by the three pillars of Buddhism, Daoism, and Confucianism—came through in the story-based dances.

“The belief in the gods and their purpose in peoples’ individual lives, that showed quite well,” she said.

“The values that they had came through in a lot of the story pieces.”

In one such dance titled “Mighty Monk,” Buddhist monks practice their martial arts skills in a faraway monastery. One junior monk aspires to match their prowess, but falls woefully short. He finally decides to ask a heavenly statue for help, and his humility and sincerity are rewarded when he is blessed with super strength and supernatural power.

These qualities—respect for the divine, and heavenly blessings for the pure of heart—are common themes in traditional Chinese culture.

“I think that was fabulous,” she said. “It added a whole extra quality and made it feel much more authentic—I really liked it.”