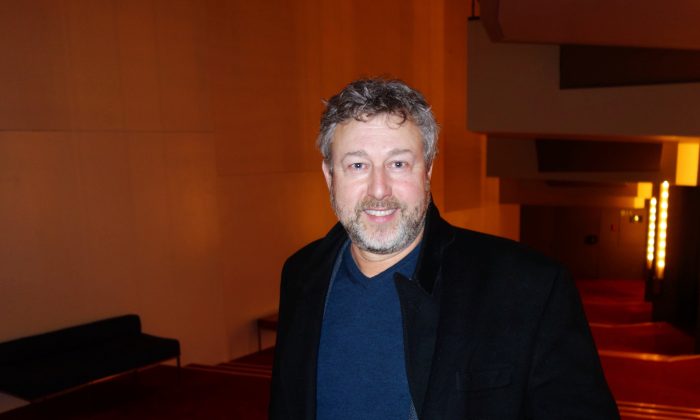 OTTAWA, Canada—Advertising company manager Marc Agostini sees a many different performances each year, but after watching Shen Yun Performing Arts for the first time, he said the performance stands apart from the pack.

“I think it’s something you must see once in your life.”

Agostini attended the performance at the National Arts Centre in Ottawa, Canada, on Dec. 29. Shen Yun Performing Arts is traveling through Canada as part of its 2019 world tour, which will see six equal-sized companies cover over 100 cities over four continents.

Agostini, who manages advertising company DiffuseArt, applauded the visual feat achieved by the performance, saying it had reached perfection.

In addition to the quality of the production, Agostini pointed out that Shen Yun had a unique ability to connect with audiences from all walks of life.

“What I found especially magic[cal] is this show can be seen by a 6-year-old and 96-year-old, who will probably see something completely different, but their feelings will be involved in every single moment of the show,” he said.

Agostini said he was also impressed with the 3-D-animated backdrop, and how it is cleverly used to portray stories from a distant time.

“We feel that we are inside of the story,” he said.

“When we look at some of those stories that depict things that happened almost thousands of years ago, it’s magic to see the technology of today that can give us this impression of being there.”

Agostini, who is unfamiliar with traditional Chinese culture, said it was very interesting to learn that 5,000 years of Chinese civilization was divinely inspired.

The deep spirituality embedded within Chinese culture and history resonated with Agostini, who was able to connect with the culture’s inner meaning through the dancers.

“This spirituality passes through the quality of those human beings doing those incredible dances and so you don’t have to depict spirituality, you see it through the performers,” he said.

Shen Yun’s mission is to revive the divinely-inspired traditional Chinese culture through song and dance. For millennia, Chinese people believed in living in accordance with divine principles, which emphasized harmony between heaven, man, and earth. Such principles can be found in Buddhist, Taoist, and Confucian teachings that have formed the bedrock of Chinese moral philosophy. Stories and records passed down through the ages reflect these core values and beliefs.

Agostini particularly commended Shen Yun for bring tradition back to the forefront. He said tradition is not something people should hide.

“History is like a long long rope and if you cut it … I think you cut the future from the present.”

Agostini also appreciated how the show transported him from ancient China to this day, through its depictions of the persecution of practitioners of Falun Gong in China.

Falun Gong, also known as Falun Dafa, is a spiritual discipline that is banned in China. It consists of meditation exercises and ancient teachings centered around the principles, Truthfulness, Compassion, and Tolerance. The practice rapidly grew in popularity in China the 1990s, resulting in an estimated 70 million people practicing by 1999. This popularity was unacceptable to the Chinese Communist Party, who launched a sweeping crackdown of the practice the same year, which saw practitioners of Falun Gong arrested, imprisoned, tortured, and even killed for their beliefs. The persecution persists to this day.

Agostini was touched by Shen Yun’s courage to portray such hard-hitting issues on stage, saying it was not something you often see in Canada.

Watching these scenes, Agostini said, reminded him of the power of performing arts.

“This proves that art can really talk about reality, not necessarily by explaining things in detail, but through a performance that is very interesting.”

With reporting by Grace Dai and Cathy He.