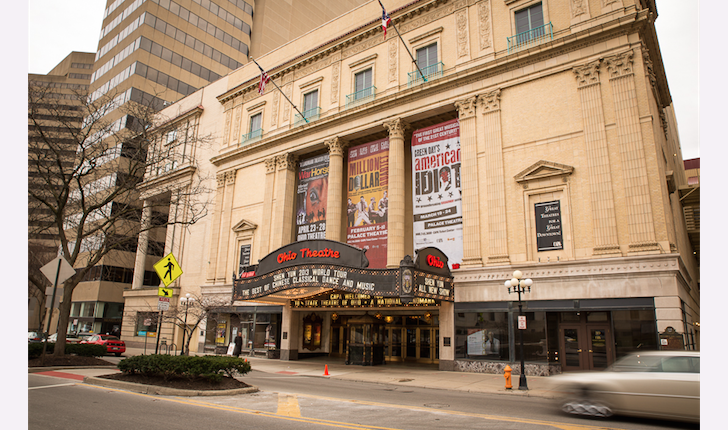 Shen Yun ‘Optical Art’ Due to ‘So Many Designs with Dancers,’ Says Painter

COLUMBUS, Ohio—“I like it very much. This is a very wonderful thing,” said Gary Callagin, an artist and painter. “I am glad I came to it.”

He is referring to the premier traditional Chinese dance and music company, Shen Yun Performing Arts. Mr. Callagin had just seen Shen Yun’s display of 5,000 years of divinely-inspired culture through dance, music, and song at the Ohio Theatre, on April 16.

It was the first time Mr. Callagin had seen Shen Yun. “I still don’t know how to pronounce [the name of the company], but I know it’s beautiful.”

Shen Yun trademarks include the use of classical and ethnic dance to tell stories about history, myths, and legends, along with stunning combinations of colors and designs in the costumes and the animated backdrops associated with the different stories being told.

“The first thing that goes off in my head is how beautiful and how colorful everything is on the stage. I like seeing that,” he explains. “Plus, I like the geometry that’s formed by the dancers and the costumes that’s mixing the color and the shapes together.”

He describes Shen Yun as OP Art (or Optical Art) “because there is so many designs with these dancers.” The term OP Art was coined in the 1960’s to art that appears to be moving or breathing due to its precise mathematical composition, states Shelly Esaak on About.Com. Art History.

“Shen Yun cannot be seen in China today, where traditional culture has been nearly lost. Yet Shen Yun—a non-profit organization—has become an international phenomenon, bringing the wonders of ancient Chinese culture to millions across the globe,” states Shen Yun’s website.

Shen Yun performed for two nights at the Ohio Theatre before traveling to Indianapolis, Indiana for four shows over the weekend of April 18-20, concluding the Midwest tour for the company.

Speaking from an artist’s heart he concluded, “I am very much appreciating the visual. I like the visual the best.”