Shen Yun Is Fascinating and Intriguing 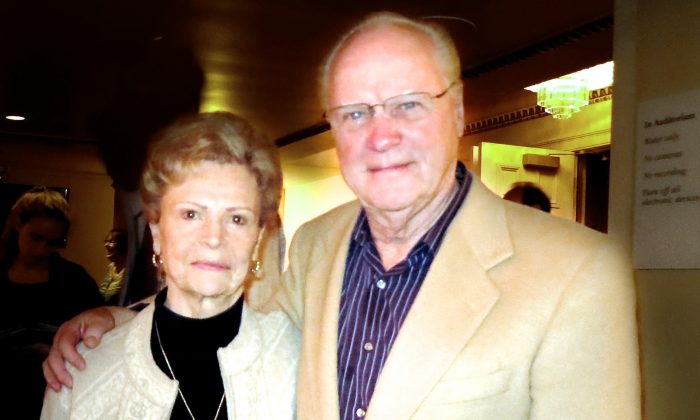 SALT LAKE CITY, Utah—”I have a special interest in the Chinese culture, so it is fascinating to see the intermixing of the Western and the Chinese culture in this performance. It is very enriching,” said Dr. Merrill K. Ridd, Professor Emeritus at the University of Utah.

“Then, you add to that the technical creation of live [the] action backdrop that was integrated with the actions on stage—fantastic technical experience. So it has been very, very fascinating and intriguing.”

Proud to be Chinese

“The show is fantastic,” Ms. Tsai said during intermission. “It is amazing, really, it reminds me of my childhood. I learned Chinese dance while growing up in China.”

The “Sleeves of Grace” scene “was beautiful,” said Mr. Ferguson, referring to one of the short classical Chinese dances in the program.

However “what impressed me the most was the synchronization between the backdrop and the dancers on stage. They popped in and out of the screen. That was really cool. I have never seen that before. It is really awesome,” he said.

“With state-of-the-art graphics technology, Shen Yun’s digital-backdrop team creates vividly animated settings, extending the stage and transporting the audience to a world where heaven and earth are one,” according to Shen Yun’s website.

“I can only say that I sat transfixed throughout the entire time. I was in awe of all what I saw,” Mr. Ferguson said.

“As a Chinese, it makes me feel proud to be Chinese. It makes me really proud. It actually presents who we are, what I grew up with, or what I know myself to be. It stirs something inside me. I just don’t have the words to express what I feel about this,” said Ms. Tsai.

“I remember that during a family event, she found this show on a website, and, immediately after having read about the show, she sent out messages to everyone she knew. She said how meaningful this is to her personally, and how beautiful the story is,” Mr. Ferguson said.

“Now that I have seen a portion of the show I’m deeply touched, moved and inspired.”

“Through the universal language of music and dance, Shen Yun weaves a wondrous tapestry of heavenly realms, ancient legends, and modern heroic tales, taking you on a journey through 5,000 years of Chinese culture. Its stunning beauty and tremendous energy leave audiences uplifted and inspired,” Shen Yun said on its website.

Reporting by Sally Sun and Heide B. Malhotra