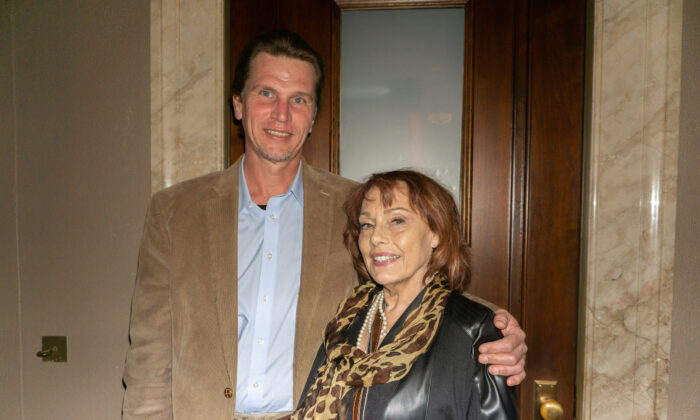 ST. LOUIS—Shen Yun Performing Arts was more than what interior designer Mia Coursen ever expected when she a performance on Feb. 29, 2020.

Shen Yun, a New York-based dance and music company, seeks to bring the traditional, ancient culture of China back to life through classical Chinese dance.

“More than I ever expected, simply beautiful,” was the interior designer’s overall impression.

What stood out to her most was the dancers, the athletic tumbling techniques of classical Chinese dance, the colors, the music, “Everything,” she said. “There was nothing that wasn’t astonishing.”

Mr. Coursen agreed. He said the performance was “more than I ever expected. It was really wonderful, I just loved it.”

From the artistic perspective of an interior designer, Mrs. Coursen said, “They were stunning, it could not have been better, everything was so symmetrical. I don’t know how they got so many people the same size and proportion to be so talented. I can’t say any more, it’s just so wonderful.”

“I just felt they blended the old and the new really well,” Mrs. Coursen said of the depiction of traditional Chinese culture.

One of the themes that particularly resonated with her was the interaction of the dancers with the digital backdrops. “The background where the performers were able to jump into the background that was so—it was enchanting.”

Ms. Coursen found herself in a loss for words in describing her feelings while watching the performance. “Enchanted—it was just very entertaining. You have to see it to believe it,” she said.