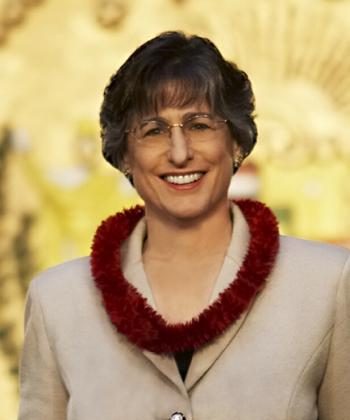 HONOLULU—The Shen Yun artists received a warm welcome from Hawaiian state and city officials as they prepare to present the Shen Yun Performing Arts 2009 World Tour at the Blaisdell Concert Hall on the evening of Monday, March 30.

Hawaiian Gov. Linda Lingle, and Lt. Gov. James R. “Duke” Aiona Jr. stated in a proclamation: "On behalf of the people of Hawaii, we send our personal greetings of aloha to everyone gathered at the Neal Blaisdell Concert Hall for the 2009 Divine Performing Arts show.

“We extend a warm mahalo to the dancers and staff of the Shen Yun Performing Arts Company, as well as the New Dynasty Culture Center and Falun Dafa Association of Hawaii for hosting the show and perpetuating Chinese culture in Hawaii.”

U. S. Rep. Mazie K. Hirono of Hawaii’s 2nd district greeted the artists with the words: “It is a pleasure to extend my warmest welcome to everyone attending the 2009 Divine Performing Arts. This event marks a perfect opportunity to appreciate and deepen the understanding of Chinese culture through this artistic display.”

In addition, 13 out of 25 Hawaii's state senators jointly signed a letter “Honoring and Commending” the 2009 Shen Yun Performing Arts tour for bringing to Hawaii 5,000-year-old traditional Chinese culture with ancient tales of heroism and modern tales of courage.

The letter, sponsored by Sen. Mike Gabbard and signed by Sen. Colleen Hanabusa, the president of the state senate, stated: “Who could resist a show described by critics as 'extravagantly beautiful' and 'excellent'… without words? This is precisely what Shen Yun Performing Arts has graciously brought to Honolulu and to the world.”

Sen. Daniel K. Akaka also sent his greetings, “Welcome to Hawaii. Our guest artists have traveled so far to reach our shores and are renowned vocalists, dancers, choreographers, and musicians. This world-class performance is a rare opportunity to enjoy a breathtaking and ever-exciting demonstration of the art of classical Chinese dance and music.”

The Council of the City and Honolulu County welcomed Shen Yun and honored the New Tang Dynasty Cultural Center and Falun Dafa Association of Hawaii with an honorary certificate.

“The richness and vitality of our island-state is the result of those civic-minded and dedicated individuals who give so much of their time and energy to preserve, promote, and perpetuate Hawaii’s unique cultural and historical identity,” stated the certificate.

The honorary certificate states, “Therefore, on behalf of the People of the City and County of Honolulu, the council is pleased to recognize the New Dynasty Culture Center, its Program Director Hong Jiang, Falun Dafa Association of Hawaii, and their Director John White, and joins them in The Divine Performing Arts show. Furthermore, the Council extends its warmest ALOHA and best wishes for continued success in all their future endeavors.”