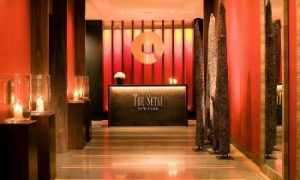 The Setai: Transporting You Home
0 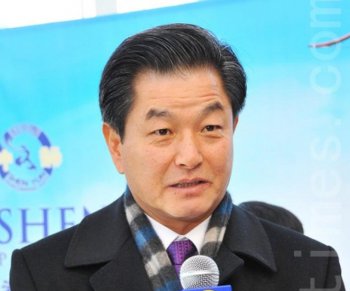 By Epoch Times Staff
Print
GOYANG, South Korea—Following its successful performances at Busan and Daegu, the New York-based Shen Yun Performing Arts International Company arrived at the picturesque Goyang on Jan. 29, to perform three shows at South Korea’s second largest theater, Goyang Arum Nuri, in the next two days. Among the celebrities attending the first show at Goyang was Korean National Assemblyman Mr. Shin Hack Yong. After praising the magnificent performance, he said, "I was deeply moved [by the show], and the two-hour-plus performance seemed to go very quickly. It was indeed a perfect performance."

In fact, Mr. Shin is a Shen Yun fan, and it was his fourth time watching Shen Yun over the years. Although he needed to take a special trip to Goyang in order to see the show, he said that it was absolutely worthwhile. After attending the show on Saturday afternoon, he mentioned excitedly, “What was presented in the show was something about [traditional Chinese] culture. As it is familiar to us, it is very easy for us to comprehend [the connotations]. The program was very interesting and very dynamic.”

Shen Yun presents a completely new program each year, and audiences can have a fresh experience when seeing it each time. Assemblyman Shin said that he was still overwhelmed by seeing the performance. He said humbly, “I have seen the show four times, but I am not a performing arts professional. From the perspective of an ordinary person, I think the program was perfect and interesting. I was totally overwhelmed, and the two-hour-plus program seemed to go very quickly. It was indeed a wonderful performance.”

Mr. Shin said that the programs that struck him the most were The Monkey King Outwits Pigsy and the two dances Our Story and No Regrets, stories in which people of faith display courage and conviction and are ultimately rewarded.

He added, "The scenes depicting Monkey King and the cultivation [of Falun Gong] were quite familiar to us. In particular, the content about the Chinese regime’s persecution of Falun Gong will leave a deep impression on my memory."

As what Shen Yun presented was the 5,000-year divinely-imparted Chinese culture and the fact that Korean people and Chinese have similar ethnic background, Mr. Shin said that it would be easy for Korean people to understand Shen Yun. He explained, “As most Korean people can understand Chinese culture, we could truly enlighten to the connotations in the program once the masters of ceremony introduced a little bit to us. It’s great to promote traditional Chinese culture.” Finally, he praised, “The perfect harmonization of hi-tech [dynamic backdrops] and traditional culture is very good. It made it easy to understand [the content] and made performing arts more interesting.”