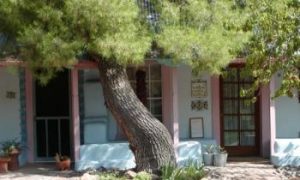 Shen Yun ‘Everything about it was wonderful’

LONDON—"Brilliant," "colourful," and "fantastic" were just some of the words audience members used to describe Shen Yun Performing Arts Touring Company, performing at The London Coliseum on the evening of April 9.

“I thought it was brilliant. Very colourful, artistic. Thoroughly enjoyed it,” said Helen Peristiani, a technical support officer from London.

New York-based Shen Yun Performing Arts' mission is to revive the 5,000 years of Chinese culture that has almost been lost under communist rule. Each show presents a varied program of classical Chinese dance, music, and song, bringing to life ancient and modern tales of wisdom, courage, and compassion from China’s divinely-inspired cultural heritage.

“Just everything about [Shen Yun] was wonderful. The whole performance was very good,” Ms. Peristiani said.

“There was not just one piece that was good, it was the whole lot. Everything impressed us.”

Accompanying Ms. Peristiani was Andreas Timotheou, a retired tailor originally from Cyprus. He thoroughly enjoyed the show and said the costumes were "beautiful."

Both were particularly taken with the dance Plum Blossom, in which the dancers use fans to simulate the flowering of the resilient plum blossom, a symbol of strength amid adversity.

“I have never seen in my life such as good thing. Honestly, it was fantastic,” Mr. Timotheou said about Plum Blossom.

“If we have the chance to see again a programme like this, we’re going to come.”

Shen Yun Performing Arts Touring Company will perform at The London Coliseum until April 10 and then in The Hague, Netherlands, at the Lucent Danstheater, on April 12 and 14. For more information, visit ShenYunPerformingArts.org