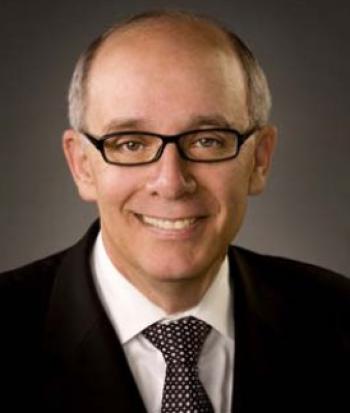 This is the third year that Shen Yun is staging its masterful performance in Edmonton.

The New York-based company presents classical Chinese dance and music through breath-taking performances. The dance company will be visiting about 20 countries on four continents by the end of this season.

On behalf of Edmontonians, City of Edmonton Mayor Stephen Mandel extended “warm greetings” to Shen Yun and wished the company a successful show.

“Fans of Chinese dance and music are in for a treat, as world-class performers take to the stage,” he said in a statement.

Ms. Krushell called the Shen Yun 2009 World Tour “an extraordinary event” and said that “we are privileged to be able to host it in our city.”

“This celebration of classical Chinese dance and music will certainly be a memorable occasion for everyone involved,” she wrote.

The mayor of St. Albert Nolan Crouse also welcomed Shen Yun and said that the show will "provide many memorable moments for everyone in attendance."

Shen Yun was welcomed to Alberta by the province’s Premiere Ed Stelmach who said the company’s 20-country world tour is “truly a wonder to behold.

“I am proud that our province is part of this dynamic renewal of Chinese cultural traditions, and I wish all participants the very best during each performance,” he wrote.

Alberta’s minister of culture and community spirit, who attended the performance last year, called the Shen Yun performance a “wonder” and thanked the organizers for bringing the world-class show back to Alberta.

“This stop in Edmonton is part of a world tour that will span 20 countries, and touch the hearts and minds of thousands,” he wrote.

“During this celebration of classical Chinese dance and music, be prepared to experience breathtaking colour, unparalleled artistry, and intricate choreography.”

“It is wonderful to see the rich cultural heritage of the Chinese people renewed and portrayed with such passion,” wrote Cao.

“I am certain that the intricate costumes, brilliant choreography, and outstanding musical compositions that you will be treated to this evening will be a wonderful reflection of the grandeur of 5,000 years of traditional Chinese culture, and of the great pride felt by the Chinese Canadian community.”

Edmonton federal MP Rona Ambrose congratulated the local organizers for bringing Shen Yun to their city and expressed that everyone attending the performance would enjoy the “outstanding talents” of the Shen Yun performers “as they showcase their traditional Chinese artistry and culture.”

Shen Yun will give three shows at the Northern Alberta Jubilee Auditorium on Wednesday, April 15 at 7:30 p.m. and on Thursday, April 16 at 2 p.m. and 7:30 p.m. After Edmonton, the show will play in Regina for the first time on April 19.