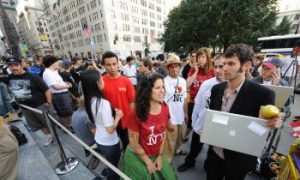 Internet in your Pocket — The Latest Must-have
0 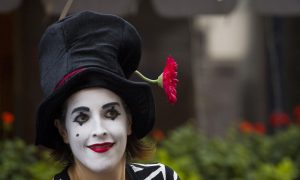 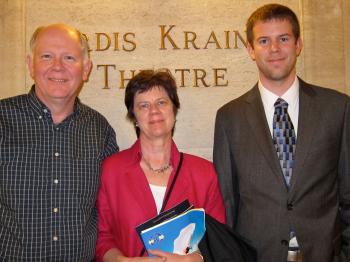 By Epoch Times Staff
Print
CHICAGO—“There was a lot of majesty in it,” said Cotton Beal, owner of Cotton Plumbing, after seeing the performance of Shen Yun Performing Arts New York company at the Civic Opera House on Saturday evening, April 23.

Mr. Beal, who enjoys writing poetry, spoke about the impression the New York-based company had on him: “The colors, the movement was very stirring. It was almost magical.”

Shen Yun aims to reclaim and renew the cultural heritage of China, by bringing 5,000 years of Chinese traditional culture and art to the world. The primary way Shen Yun achieves this aim is through presenting classical Chinese dance.

“The choreography, the movement—they all moved together, everything—was so exact and in a lot of the dances when they walked they looked like they were floating on a cloud. It was just elegant,” he said.

Perhaps Mr. Beal’s most compelling thoughts were about the effects of the costumes, an aspect of Shen Yun that audiences find absolutely beautiful.

“The color was just fabulous. To me the color told part of the story. It was very deeply moving: when there was lightness and good, there was brightness in them. … The evil was dressed down, almost overbearing, almost depressing, but you could tell that it was within [them] and basically generated from within them, like the light, wonderful parts were flowing and streaming out of them. The sadness of the bad part was felt as well, as far as what was being told in the moment, the colors added to the emotion.”

Mr. Beal attended with his wife, Patrice, and son, Justin.

Patrice, in the medical field, and also a writer and story-teller, enjoyed the artistry of the performers. “Their artistry is phenomenal,” she said.

She enjoyed the storyline of the classical Chinese dance pieces, and she also enjoyed the pageantry of the ethnic dances. “Each event stood on it's own,” she said.

“I thought the colors were magnificent. It was just very beautiful, the music very inspiring, soothing and really added to everything,” he shared.