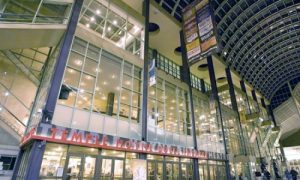 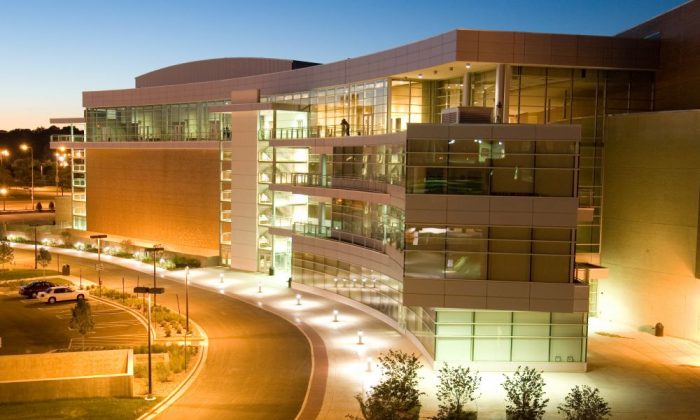 This week Peoria, one of the oldest settlements in Illinois, welcomes Shen Yun Performing Arts, a company which showcases one of the oldest civilizations in the world. As part of its Midwest tour, the traditional Chinese music and dance company will perform at the Peoria Civic Center Theatre on March 14 and 15.

In 2006, classically trained artists came together to form Shen Yun in New York, aiming to revive the deeply spiritual performing arts of China’s millennia old culture. From that start, Shen Yun has since grown to four simultaneously touring companies, traveling to over 100 cities on 5 continents each year.

Last weekend, March 6–8 Shen Yun appeared in Chicago where audience members were thrilled by what they experienced.

“Amazing. Oh, the dancing, special effects, music, and scenery! It’s overwhelming, it’s so beautiful,” said Marian Bittner, who came from Indiana to see the Chicago show. “It just one of the most beautiful things I have ever seen. I love it.”

Each Shen Yun performance showcases 20 or so short dances—some telling stories, others sharing China’s ethnic diversity—accompanied by a live orchestra comprised of both Eastern and Western instruments.

Robert Coons, former president of the board of directors of the Elmhurst Symphony Orchestra in one of Chicago’s suburbs, truly enjoyed the performance.

Making a generalization about the level of discipline and skill the orchestra and dancers displayed, he said, “The skill level is right up there at the top with the best professional people. They’re very talented young people that are on the stage. I see their level as being excellent, just excellent.”

Another Chicago-area attendee, Natalie Kolosci, has extensive dance experience having performed with Joffrey of NYC and Ruth Page, Allegro American Ballet Company, and Ellis DuBoulay’s dance companies in Chicago, as well as the Kirov and Bolshoi Ballet companies from Russia.

“The girls are so elegant and delicate,” Mrs. Kolosci said. “The gentlemen are very strong and excellent dancers. I very much enjoyed it. I was ready to clap for everything that they did, like the aerial cartwheels and the walkovers—just the leaps.”

Classical Chinese dance, for which Shen Yun is known, includes technically demanding feats, some of which have come to be known in modern times as gymnastics and acrobatics, but actually originated from this dance form.

But despite its highly theatrical and expressive nature, classical Chinese dance, as well as traditional Chinese music springs from a deep origin.

“I feel very rich inside,” said Ramaa Krishnan, who owns a meditation center in the Chicago area. “I feel like a nice rich meal has been served. You know, and it has been spiced with all the beauty and color and the visual treats, so it has been a meal that has most satisfied the soul within and the five senses without,” she said.