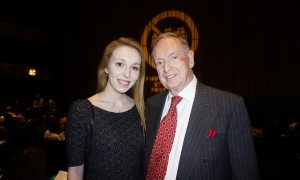 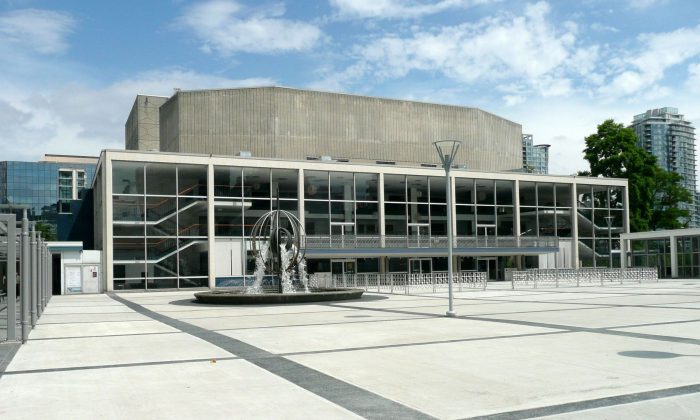 Shen Yun: ‘Beautiful Artistry and a Lovely Show All Over’

VANCOUVER—”This is very stimulating,” were the first words of appreciation Dr. Keith Dawson had to say about Shen Yun Performing Arts after seeing the acclaimed classical Chinese dance production at Queen Elizabeth Theatre on Jan. 16.

He had further words of praise.

“Beautiful artistry and a lovely show all over, absolutely beautiful. It’s very unique for us. I’ve been to China, but I’ve never seen this type of dancing in China. It’s excellent,” he said.

Shen Yun’s centrepiece is classical Chinese dance, an art form based on 5,000 years of Chinese culture and profound traditional aesthetics.

Replete with strong expressive qualities and a broad diversity of dance and tumbling technique, it also embodies human nature and moral standards and values.

The production also includes folk and ethnic dances from the vast Middle Kingdom’s many diverse regions and ethnicities.

“It’s really historical dancing that comes from the past so long ago,” said Dr. Dawson.

An endocrinologist, Dr. Dawson has been a strong contributor to the medical and diabetes community as a mentor, educator, advocate, and long-time volunteer with the Canadian Diabetes Association.

In February 2014 he was presented with a Community Leader award at the Prime Minister’s Volunteer Awards ceremony in Toronto. The award recognizes individuals and groups who have taken a leadership role in developing solutions to local challenges in a volunteer capacity.

New York-based Shen Yun is a world-renowned classical Chinese dance company whose mission is to revive 5,000 years of divinely inspired Chinese culture—a culture that has been all but destroyed by decades of destructive communist policies, such as the Cultural Revolution.

Dr. Dawson noted his sense that what he saw was indeed the authentic culture that has almost been lost.

“This is an old culture and like what I thought ancient China …. was like, and it seemed very accurately portrayed.”

The story-dances that portray legends and tales from times past and present in China particularly resonated with him. Contained in these pieces are the values inherent in the traditional culture, such as benevolence, propriety, divine retribution, and respect for the heavens.

“I identified with them … good triumphs over evil … compassion—very well done and I think that was something unique that I’ve not seen before. Very good,” he said.

Classical Chinese dance is an art form passed down over thousands of years in imperial courts, theatres, and operas, and includes leaps, jumps, flips, and tumbling. It also has something called “bearing.”

According to Shen Yun’s website, bearing “is formed by a combination of something resembling cultural DNA or an ethnic flavor in Chinese people’s bones, together with the heritage of five millennia of Chinese civilization. Bearing emphasizes internal spirit, breath, intent, personal aura, and deep emotional expression.”

Dr. Dawson was highly impressed by the ancient art form and the prowess of the dancers.

“It’s both athletic and lovely to look at,” he said.

“The dance—all of it, whether it is athletic or smooth, flowing or smooth steps, or the hand demonstrations—was beautifully done. Excellent.”

He said the performance “was a very good look at a culture and art form that we don’t know very well over here and it’s excellent for anybody to see.”

“I think it’s excellently done and I would recommend anybody to come see it. It’s very unique, very unique,” Dr. Dawson said.