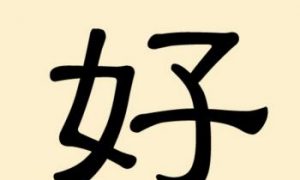 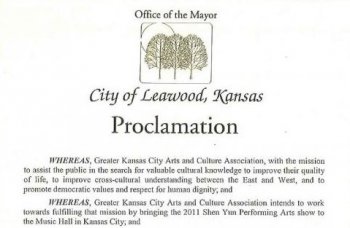 Shen Yun Back in Kansas City for One Night Only

Based in New York, Shen Yun promises a presentation of traditional Chinese culture as it once was: a study in grace, wisdom, and virtues distilled from the five millennia of Chinese civilization, according to its website.

U.S. Congressman Kevin Yoder states in a letter to the Greater Kansas City Arts and Culture Association, sponsors of the show, "The Shen Yun Performing Arts performance in Kansas City will provide the opportunity for people to witness firsthand authentic ancient Chinese music and dance; all while honoring Asian/Pacific American Heritage Month."

He continues, "It is a testament to our culture and community that we have the opportunity to host an event as special as the Shen Yun Performing Arts."

Mayor of Leawood, Peggy Dunn, joined the accolades with a written proclamation stating that Shen Yun has performed in "over 100 cities around the world by a superbly talented group, whose mission is to rediscover the essence of true, tradition culture and bring to the stage that which celebrates human dignity and positive values … and to provide an experience of consummated beauty and goodness."

Whether your first time or as a repeat patron Shen Yun continues to be absolutely beautiful and brilliantly choreographed each year with new programs. This will be the third time this world-renowned dance and music company has performed in the Kansas City metro area.

Olathe Mayor Michael Copeland, issued a letter welcoming Shen Yun to Kansas. "Our lives are greatly enriched through our diversity and opportunities to learn about other cultures, and we are grateful for this exciting opportunity to experience the rich history and heritage of China," he wrote.

Be it the beauty of the blossoming trees or the arts, Kansas City is the place to be to celebrate Asian heritage month on Wednesday evening at the Music Hall by experiencing Shen Yun.