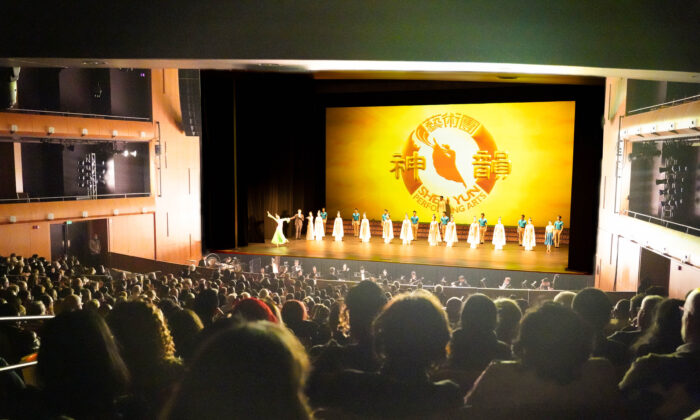 MEMPHIS, Tenn.—Surgeon Gregory Dabov said that Shen Yun Performing Arts’ stories reminded him of medical research in the 20th century when doctors started talking about how frequencies in music could be part of medicine.

“I like the part about the frequency and the vibration,” he said of Shen Yun. “And, as a surgeon in medicine, I think that’s [where] we need to go. We’ve given up a lot of the ancient ways.

In ancient China, there was the understanding that music could be a form of medicine. Listening to the right music was used to help cure the body of ailments.

“We need to look, and re-investigate, and re-explore that because there’s much to it that could be lost,” Mr. Dabov said. “We don’t understand them fully … I think there’s something to that, that needs to be investigated and studied … the ways that medicine was done before.”

Mr. Dabov attended Shen Yun Performing Arts on the evening of Jan. 29 with his physician wife, Donna, who agreed with her husband.

“That’s what we need to come back to,” she said.

The couple was particularly impressed with the soprano near the end of the performance. Mrs. Dabov shared that the emotion from the song was very moving to her.

“The music and the dance, the singing. The last young lady who sang soprano—beautiful. It was just so emotional to me,” she said.

Throughout the performance, there was an ongoing theme of the divine. Chinese believe their culture was inspired by the divine before communism came in. Shen Yun’s mission is to share the beauty of “China before communism” with audiences as it tours around the world.

The couple said they felt it is unfortunate that many people have been reluctant to attend live performances due to the pandemic.

“The whole thing [with] the pandemic is we don’t need to fear [it],” Mr. Dabov said. “The fear works against us and it’s a negative energy, and we need to do things to put us at ease, like share with each other and have community and not be afraid.”

He compared the fear of the pandemic with communism, saying that fear is what controls people.

“I think that a lot of this is like the darkness that is in China, the communism. It’s all control through fear, and that’s not good. That’s all negative,” he said.

“Love’s the answer,” Mrs. Dabov said. “If we do more of this, we will be healthier.”

Shen Yun tours around the world each year, but the one place they are not permitted to go is China.

“Understanding that this isn’t allowed in China is very impressive. The evil CCP, we’re not fans of that,” Mr. Dabov said.