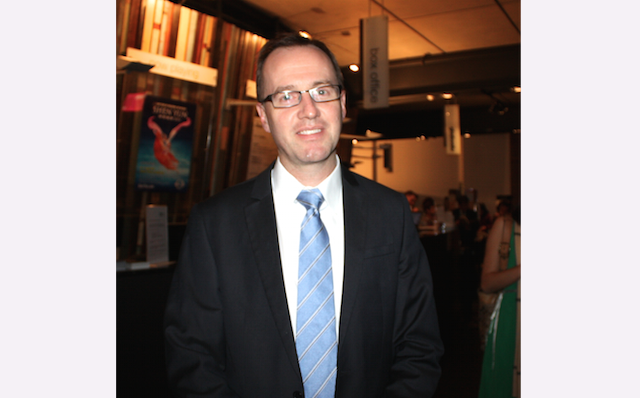 SYDNEY—”It was a lovely show,” said David Shoebridge, a member of the New South Wales Parliament, after seeing Shen Yun Performing Arts at the Sydney Theatre, on April 16.

“A really joyful mix of traditional Chinese culture, with some nice Western music thrown in as well,” he said.

Shen Yun received a warm welcome from Sydney theatregoers, playing to a full house for a second night in a row.

It is “a wonderful night out” said Mr. Shoebridge. “The way it tells the five thousand years, that deep rich history of Chinese culture, and it tells it through a mixture of dance and music … really over the course of the night, you learn a lot about Chinese culture.”

A member of the Greens Party, Mr. Shoebridge acknowledged the contemporary pieces, which display, with heart rendering accuracy, the sort of brutality that continues in China for practitioners of the exercise and meditation practice Falun Gong.

“You get a sense of what’s going on in China at the moment,” he said grimly.

With its focus on traditional Chinese culture, which was all but wiped out during the Cultural Revolution,, and unafraid to perform the truth, Shen Yun is presently unable to perform in mainland China.

Mr. Shoebridge said Shen Yun highlights the importance of, not only protecting the freedoms shared in Australia, but also supporting those struggling for the same in China.

“That’s one of the great advantages of living in a liberal democracy like we have here. It’s important that we protect it, but it’s also important that we demand change in China, so this show can be shown there,” he said.

Raising awareness of traditional Chinese culture, is an important aspect of understanding modern China he said.

“It is important for people to really understand just how rich Chinese culture is, particularly through their art forms,” he said adding that for many people Shen Yun will be there first exposure to traditional Chinese arts.

“They have a strong resonance with some of the Western art forms,” he said.

“I think this is a lovely entree to traditional Chinese music because there are strong Western elements to the music and in fact its a nice mix, of Western music and Chinese musical forms and I think the orchestra, setting aside the dance, the orchestra is worth coming out for,” he said.

Mr. Shoebridge described the show as “a lovely uplifting thing to do.”

“You get a sense of spiritual nature of the show, and a lovely dose of culture. I think at the end of the show you definitely feel more alive than you did at the beginning.”

Mr. Shoebridge says Sydney audiences were privileged to see Shen Yun. He had brought his own family to the show and recommended others do the same: “You’ll not only have a wonderful entertaining night, you’ll get a good lesson in Chinese history, you’ll get a sense of their culture, so come along if you can,” he said.