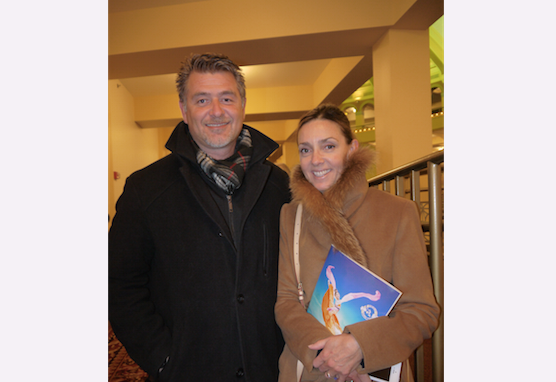 Shen Yun: A Performance That Cannot Be Seen in China

MILWAUKEE—Tracy Ford and Peter Oklobdzija learned about Chinese dance from watching the premier classical Chinese dance and music company at the Milwaukee Theatre. Shen Yun Performing Arts World Company stopped in the city, on March 5, as part of its Midwest tour.

Shen Yun’s mission is to revitalize the true divinely inspired culture of China, a culture dating back 5,000 years. At the heart of its performance is classical Chinese dance, according to the company’s website.

The website also explains that this dance “has a long history of thousands of years, passed down continuously within the imperial palace and ancient Chinese theater and opera. Soaking up profound wisdom from every era and dynasty, it has become a complete system of dance embodying traditional aesthetic principles with its unique dance movements, rhythms, and inner meaning.”

Mr. Oklobdzija learned from the bilingual emcees introducing the short programs that the difficult spins, flips and leaps, which we now think of as gymnastics, originated from classical Chinese dance.

A lot of the dance seen today, too, “originated probably thousands of years ago,” the financial controller for Johnson Controls said. “It’s interesting.”

“It’s good that they clarified it,” Ms. Ford said. “It went through my head that it was gymnastics.”

Mr. Oklobdzija has been to China a few times, but never had a performance experience like Shen Yun because traditional culture has been systematically destroyed by the Chinese Communist Party.

Some of the adjectives that the couple used to describe the performance were “talented,” “colorful,” “lovely,” and “beautiful.”

Looking a bit deeper, Mr. Oklobdzija saw some cosmic elements in the performance, saying the theme related to “people’s spirits, space, [and] the elements.”

He would recommend Shen Yun as “an interesting cultural experience,” and one that “you wouldn’t see in China.”

Ms. Ford felt somewhat overwhelmed by all she saw and “liked the whole thing.”